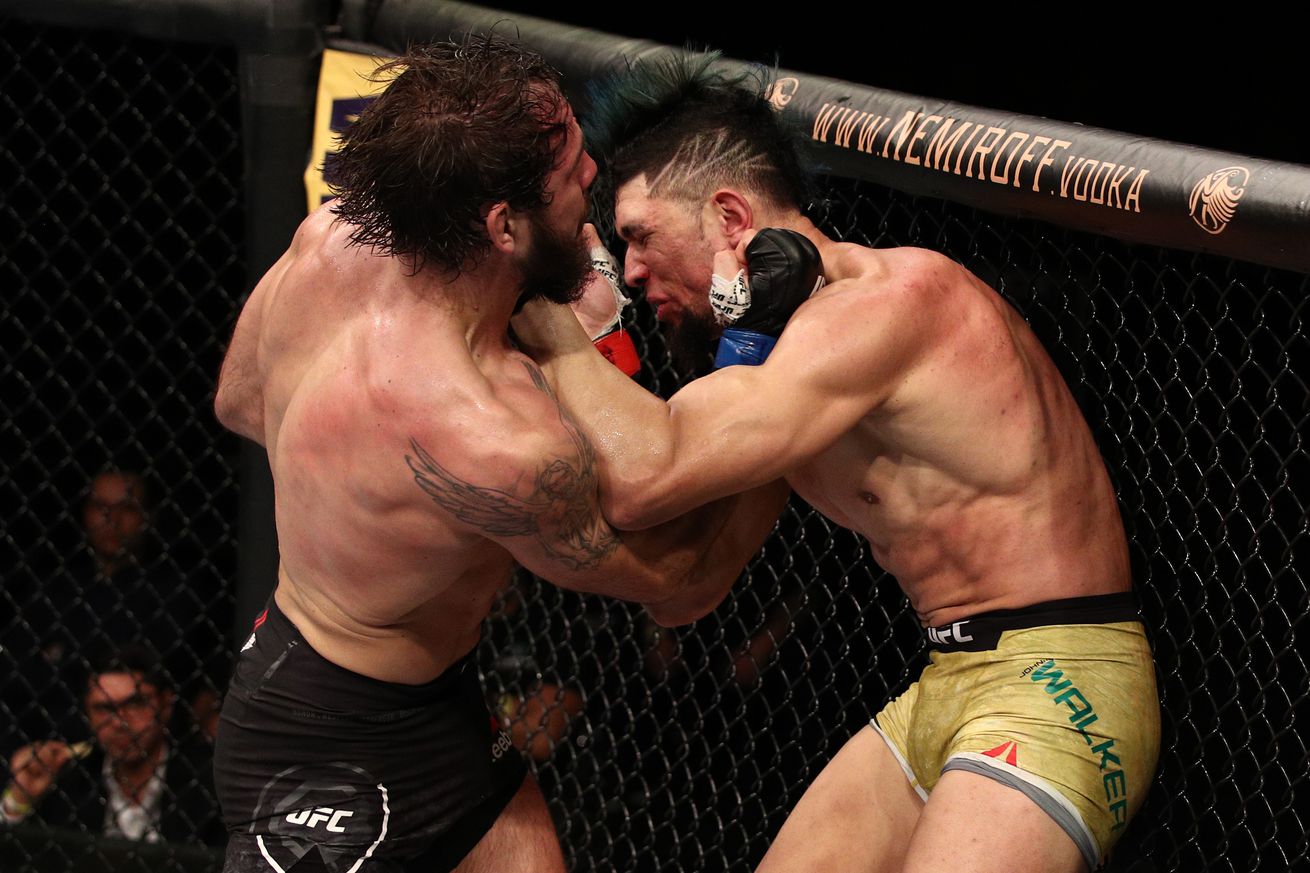 Nikita Krylov had no intention of ending up on Johnny Walker’s highlight reel.

That’s why the Russian showcased a suffocating grappling game to ground Walker round after round to win a unanimous decision victory in a light heavyweight matchup on the main card at UFC Fight Night from Brasilia, Brazil.

Knowing that Walker was going to be looking for an explosive finish, Krylov avoided the Brazilian firing right out of the gate and then forcing him to the cage to begin working for a takedown. Krylov continued grinding Walker against the fence for a big part of the opening round but even after the fight got back to the feet, it was the Russian who got the better of the exchanges.

That included a stiff overhand right in the first round that had Walker wobbled momentarily while Krylov was also working tirelessly to test his conditioning.

LIVE NOW ON ESPN AND ESPN+

Just when it looks like Walker was running out of gas, he managed a slick reversal on the ground that allowed him to finally get on top and begin hammering away at Krylov with punches. That ended up as his best moment of the fight but still Krylov survived.

The rest of the grueling 15 minute battle played out with Krylov looking to control the action on the ground and Walker trying to find a route to escape. It may not have been a highlight reel finish but Krylov did exactly what he needed to do to get back in the win column following a loss to Glover Teixeira in his last outing.

As for Walker, the once promising light heavyweight prospect has now lost two fights in a row including his knockout defeat to Corey Anderson last November. After starting his UFC career with three straight knockout wins in devastating fashion, Walker is now going back to the drawing board following two straight defeats.