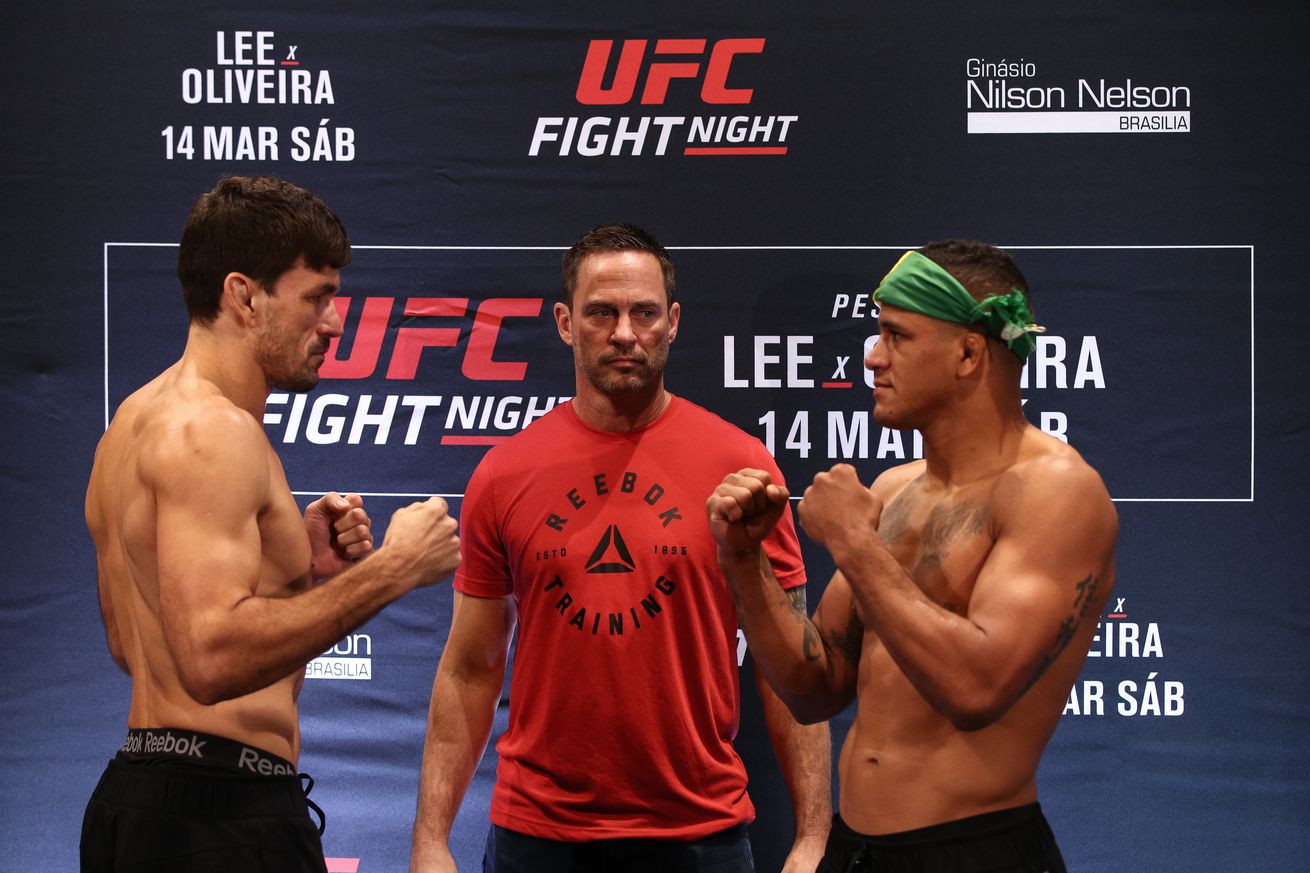 This is the UFC Brasilia live blog for Demian Maia vs. Gilbert Burns, the welterweight co-main event on Saturday in Brasilia, Brazil.

Maia looks for his fourth straight win and is coming off a Fight of the Night performance against Ben Askren this past October.

Burns has won four straight fights - three of which have been via unanimous decision. He defeated Gunnar Nelson this past September in his last trip to the Octagon.

Check out the UFC Brasilia live blog below.

Round 1: Burn feints kicks and then goes low after trying out his hands. Maia presses forward with a punch, then gets pushed back by a kick. He approaches again as Burns circles off, pawing with punches until a single-leg opens a takedown. Burns moves for a kneebar and uses the attempt to scramble up. Maia settles for the clinch and pushes to the cage, where he drags Burns to a knee and tries to take the back. One hook is in, and Burns tries to turn in. Maia jumps on the back, and he doesn’t have hooks, but his arms are in good position. Maia transitions to mount, and Burns scrambles up in the interim. Burns uncorks a left hook and drops Maia clean. He raises his arms, then passes Maia’s legs. He flurries with punches until the referee is forced to intervene, and that’s a wrap.