UFC Brasilia video: Renato Moicano locks up submission against Damir Hadzovic in just 44 seconds
This topic has been deleted. Only users with topic management privileges can see it.
F
F
fightgal Reply Quote 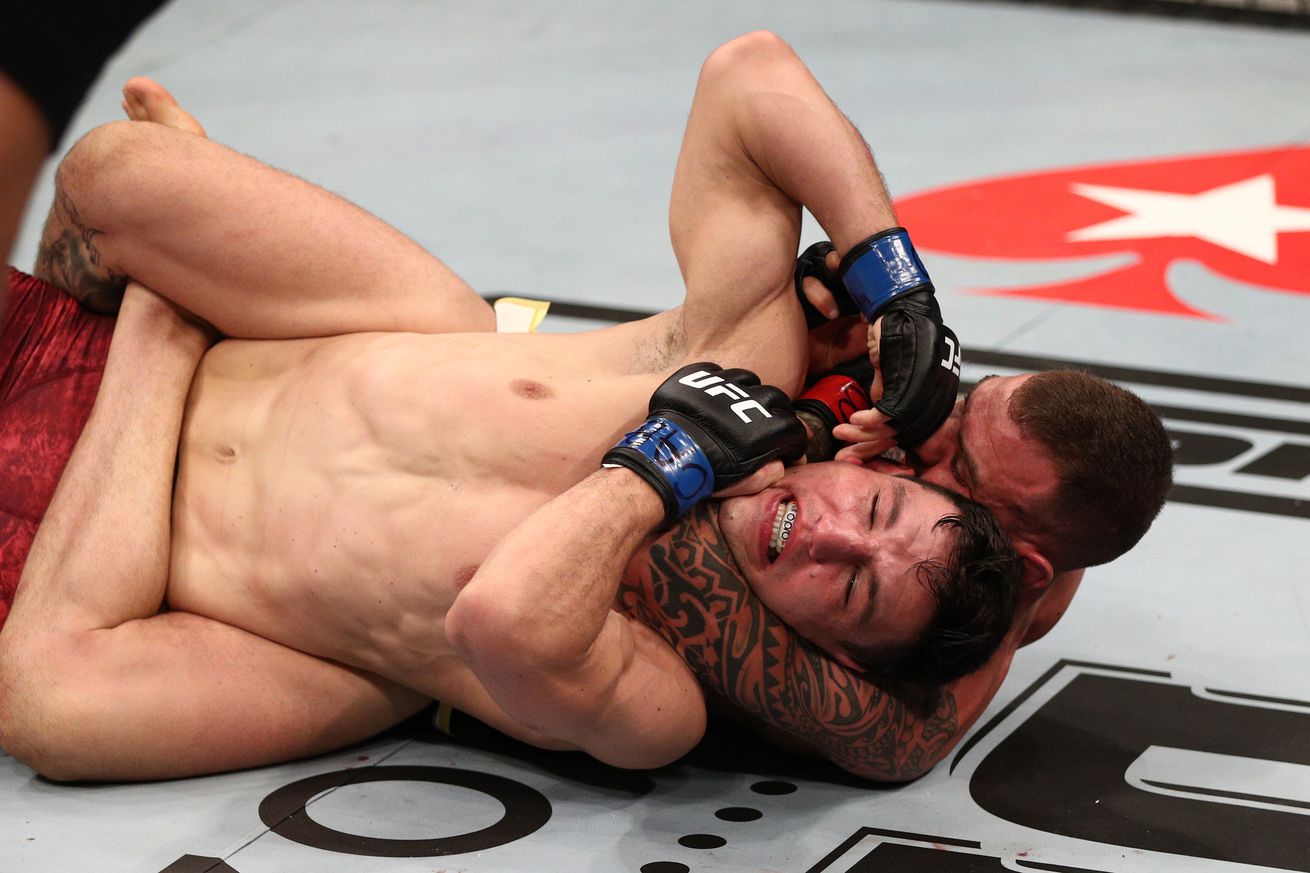 In his first fight in the lightweight division, Moicano made quick work of Damir Hadzovic with a rear-naked choke submission at just 44 seconds into the opening round.

There was no feeling out process with Moicano storming after Hadzovic as soon as the fight got started and he almost immediately secured the takedown. Once the fight was on the ground, Moicano transitioned to take the back as he began searching for the rear naked choke.

Hadzovic barely had a chance to react to the bad position before Moicano was locking his arm under the chin and securing the submission. The tap came just a moment later.

Once the fight ended, Moicano stood over his fallen opponent and a second later he was engaged in a heated face off with Hadzovic as security rushed into the Octagon to ensure they didn’t end up in an immediate rematch.

Afterwards, Moicano explained his irritation wasn’t with Hadzovic but rather competing in an empty arena without a crowd in his home country of Brazil.

“I’m sorry, I’m frustrated I fought in my hometown and I didn’t see no faces,” Moicano said when speaking to UFC color commentator Michael Bisping.

Once control was restored, Moicano then turned his attention to a top 10 ranked lightweight, who he hopes to face after making quite the debut on Saturday night.

“I want to fight Paul Felder,” Moicano said. “I respect the guy, I’m a big fan of him.”