Elizeu Zaleski went back to his capoeira roots before UFC Brasilia
This topic has been deleted. Only users with topic management privileges can see it.
F
F
fightgal Reply Quote 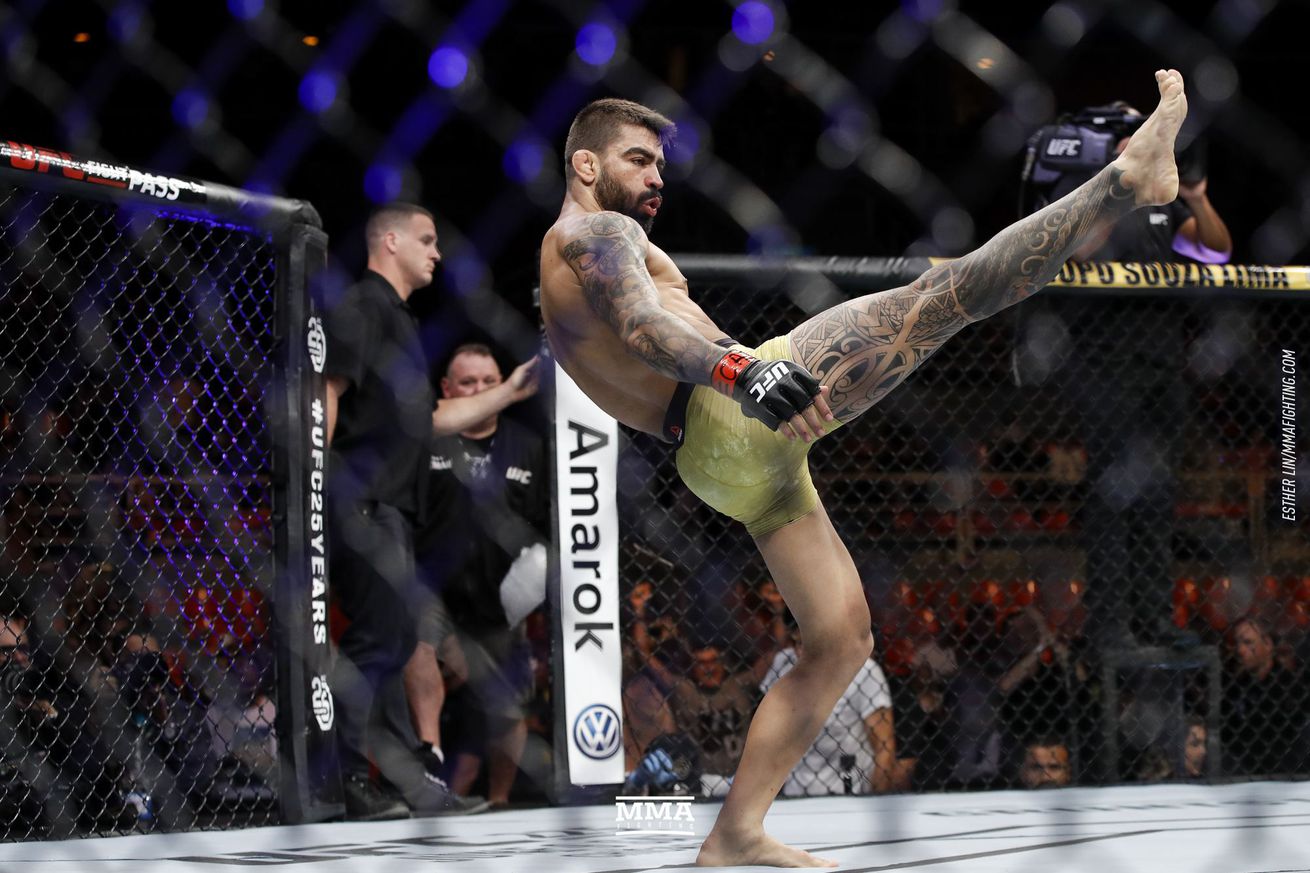 A member of CM System, a Curitiba-based gym leaded by jiu-jitsu icon Cristiano Marcello, Zaleski has displayed his ground skills in the past, but never shied away from putting on an exciting stand-up war inside the Octagon.

Capoeira is an acrobatic martial art created hundreds of years ago in Brazil, and Zaleski became a capoeirista before turning into other forms of combat sports and entering the MMA world.

When he returns to the UFC cage on Saturday, battling former M-1 Challenge champion Alexey Kunchenko in Brasilia, Zaleski vows to show how going back to his roots and training more capoeira over the past few months helped his “reflexes and agility” as he attempts to back on track following a TKO loss to Jingliang Li.

A fighter can use capoeira in MMA “the same way you can use jiu-jitsu and muay thai,” Zaleski told MMA Fighting. “Capoeira is a sport that doesn’t have rules, so you can used pretty much everything you learn outside and bring into capoeira and work on your flexibility, agility, balance.

“You can do a movement and learn new movements, new weapons. That’s capoeira. It’s just like any other martial art. You won’t just box a guy in MMA, you won’t just kick the guy, you won’t just go to the ground with him. The name says it all, it’s mixed martial arts, and capoeira has always been part of it.”

“It’s about getting better,” he added. “(My last fight) wasn’t a happy day for me, but that brought me more time to implement my game, add more weapons, go back to my roots, and build a more solid foundation.”

It’s hard to rely only on your capoeira skills in the cage, as it is with any other martial art. That doesn’t mean you can’t use specific techniques to finish a fight, like when Zaleski knocked out Sean Strickland with a spinning hook kick.

“The thing is, it’s hard to go there and swing for five minutes and throw capoeira strikes, it’s about opportunity,” he said. “You have your MMA game and apply one martial art when the opportunity presents itself. I use capoeira inside the Octagon where it’s most effective.”

Zaleski last fought in August, when Li stopped his long winning streak in Shenzhen. With another difficult opponent thrown at him in Kunchenko, the Brazilian fighter sees capoeira as an important weapon for Saturday.

“I train everything so I can use on fight night when it’s the right time,” Zaleski said. “No doubt, capoeira was and will always be one of the key things in my game.”

The CM System welterweight knows he has to “go there well-prepared and show my best, show what I can do” to make sure the UFC knows he’s one of a kind, someone that “always has to be among the best.”

“(Kunchenko) likes to trade and I like that, too, so there’s a good chance this fight plays out on the feet,” Zaleski said, “but nothing stops me from taking him to the ground, where I feel very comfortable. It will be a great fight, maybe the best of the card. I’m really happy to be fighting him. It’s going to be an absolute war and I’ll do my best, so may the best man win.”