How Mayra Bueno Silva evolved as fighter, woman during long injury layoff
This topic has been deleted. Only users with topic management privileges can see it.
F
F
fightgal Reply Quote 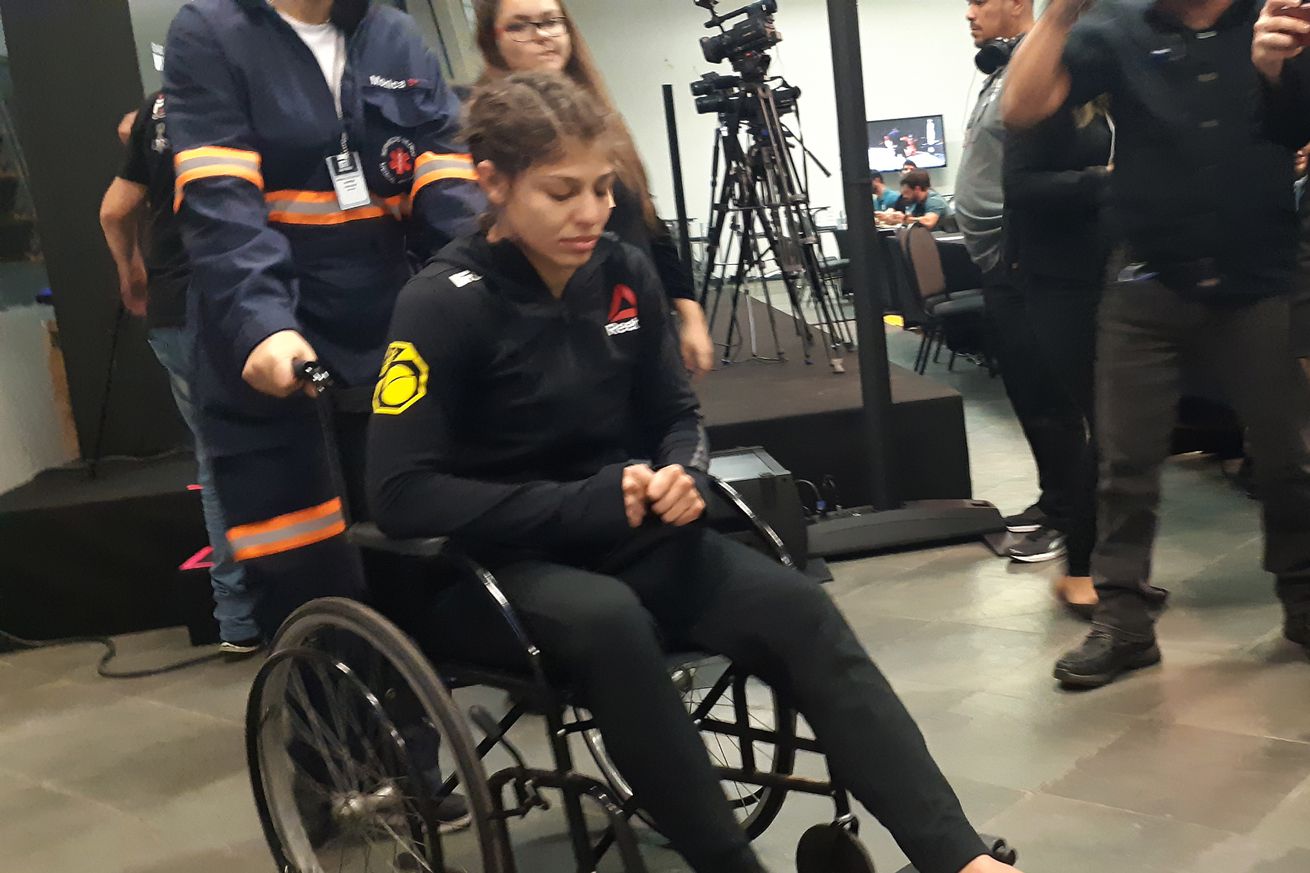 BRASILIA — A long time has passed since Mayra Bueno Silva scored a pair of early finishes inside the Octagon. But “Sheetara” guarantees all the time off contributed to turning her into a more dangerous fighter.

Silva signed with the promotion after submitting the previously unbeaten Mayana Souza in just 62 seconds at Dana White’s Contender Series. She went back right into the cage less than two months later, tapping Gillian Robertson with five seconds left in the opening stanza.

The Chute Boxe fighter likely would have lost that bout had she not finished the fight early. Defending Robertson’s takedown, she suffered a ligament injury that put her in a wheelchair later that night. She underwent surgery days after the victorious debut.

It took months for “Sheetara” to finally be able to put gloves on and restart her training in Sao Paulo. But she was still learning and evolving as a mixed martial artist ahead of her flyweight bout with Maryna Moroz at Saturday night’s UFC Brasilia.

“Thank God I’m surrounded by wonderful people,” Silva told MMA Fighting. “I couldn’t do much, so I’ve learned other things and, when I returned, I came back a completely different person and athlete. ‘Sheetara’ was always aggressive, but I became smarter after watching so many training sessions.

“If my opponents already were in trouble before, it’s double the danger now. I’m as aggressive as always, and now I know how to wait the right time to hit the right place, so this time off made me evolve a lot.”

Silva’s girlfriend, Gloria de Paula, is also a professional MMA fighter and competed three times since her UFC debut, going 2-1 in the regional circuit. “Sheetara” kept going to the gym with “Glorinha,” but she admits it was hard seeing her friends training and fighting while she was forced to stay on the sidelines.

“I helped her in her camp, watching her train and evolve,” Silva said. “As incredible as it may sound, it opened my mind. I saw what was missing both for me and for her, so we could evolve and grow together. I managed to work my head as if I were training too.”

Not working for a full year is no easy task when you’re a professional that only gets paid in competition, but “wonderful people” like de Paula and her family helped while Silva went more than one year without income.

It wasn’t easy, though.

“It was hard to understand what was going on with me in the beginning, because I was on a great run and had to stop completely,” she said. “I felt a bit anxious every time I went to the gym with ‘Glorinha.’ I’ve always liked watching the UFC; I liked it even before I started training MMA, but I stopped watching it because it bothered me a lot.

“I wasn’t going to event either, because I wanted to be there (fighting), but I kept my head cool and focused on God’s words. I can’t believe so much time has passed already.”

Even though Silva remains undefeated in MMA with five stoppages in six bouts, Moroz brings more experience to the table. Moroz recently defeated Sabina Mazo in her seventh Octagon appearance, a stretch that includes a 90-second armbar victory over Joanne Calderwood.

The 28-year-old Brazilian prospect praises her next foe, but is confident in the victory.

Moroz has never been finished as a professional, dropping decisions to former UFC champion Carla Esparza, former title contender Valerie Letourneau, and ex-Invicta FC champion Angela Hill in the past.

For “Sheetara,” it’s all about power.

“Maryna is super fast, but I think my punching power will make the difference,” she said. “If I connect on her, kicks or punches, or take her down, she’ll have a hard time escaping because I’m stronger than her. I think her speed is the only thing that can give me some trouble.”