Fortunes changed for five at UFC 248
This topic has been deleted. Only users with topic management privileges can see it.
F
F
fightgal Reply Quote 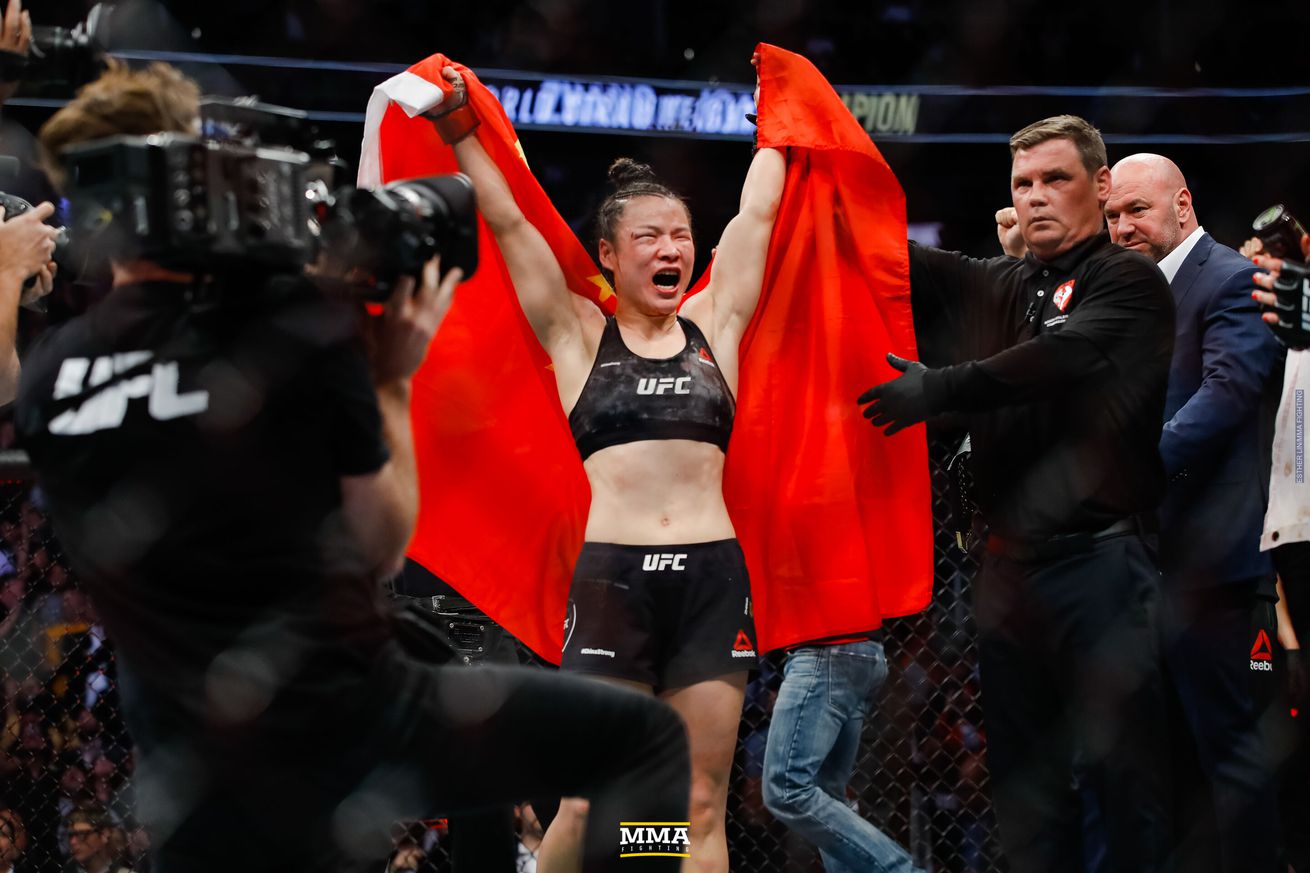 Generally speaking, the UFC doesn’t like to book immediate rematches. Yet, due to a variety of circumstances, it looks like in the past three weeks we’ll have had three.

Jon Jones vs. Dominick Reyes seems to be the targeted next light heavyweight title fight. Magomed Ankalaev vs. Ion Cutelaba is already booked for next month. And Joseph Benavidez vs. Deiveson Figueiredo for the vacant flyweight title is also being targeted.

For Jones vs. Reyes, the hoped-for rematch is because it appears the majority believed Reyes won the first three rounds and should have gotten the decision and the championship in their fight last month. In Ankalaev vs. Cutelaba, it was due to controversy over an early stoppage in what started out as a great fight. With Benavidez vs. Figueiredo, the latter missed weight and a head butt led to the outcome of Benavidez being knocked out. So the title remains vacant.

There were two more close decisions on Saturday’s UFC 248 card in the two key title fights that could have easily been judged in the other direction.

In the case of Israel Adesanya vs. Yoel Romero for the middleweight, while the fight was close enough that it could have gone either way, it’s almost a lock we will never see that match again. It’s unlikely we’ll see Romero in another title fight at all, given his age and performance. Romero’s apparent strategy, to stall and try and use short bursts to win rounds, didn’t pay off. Adesanya never tried to pick up the pace. If you were invested in the outcome, the fight was close enough that it was intriguing, but it was the opposite of an action fight.

What couldn’t have more different was the fight that preceded the two men.

Zhang Weili vs. Joanna Jedrzjczyk for the strawweight title may have just happened, but it’s a lock for being considered an all-time classic. With 351 strikes landed between the two, it was the closest thing MMA has ever had to a Rocky Balboa vs. Apollo Creed II movie fight. It was clearly the greatest women’s fight in American MMA history, and may have been the best fight, regardless of gender within the UFC. It will certainly be near the top of any historical list going forward.

Should there be an immediate rematch?

I can’t see anyone complaining if there would be. But as far as fairness—that word that rarely applies to fight sport matchmaking—perhaps that should be on hold for a few weeks.

Two former champions, Rose Namajunas (8-4) and Jessica Andrade (20-7), are scheduled for UFC 249, on April 18 in Brooklyn. Andrade won the title from Namajunas when she dropped Namajunas on her head in a slam, in a fight that up to that point Namajunas had been dominating. If Namajunas wins, coupled with her two wins over Jedrzejczyk, she absolutely is the most deserving of a mach with Zhang for the title.

Plus, after the beating Zhang and Jedrzejczyk took on Saturday, there should be no rush to get either back in the cage.

If Andrade wins, then it gets more difficult. Zhang overwhelmed Andrade in 42 seconds on Aug. 31 to win the championship. Jedrzejczyk also defeated Andrade when she was champion. An Andrade win would have a Zhang-Jedrzejczyk rematch make the most sense.

But there’s a flip side when it comes to what the fans want to see. And that depends somewhat on how Namajunas performs. If she wins impressively, there would be interest in her getting a title shot, although the bar is high as far as what the public would want as compared to a rematch of Saturday’s fight. Just a win in workmanlike fashion could cost her the first title opportunity, but likely keep Namajunas on track for a shot down the line.

From the outside, the idea could look like the company is doing too many rematches. But the last three were justified and if they rematch Zhang and Jedrzejczyk, whatever complaints some might have would likely fall on deaf ears.

Let’s look at how fortunes changed for five stars of Saturday’s show.

ISRAEL ADESANYA - Adesanya (19-0) did not help his standing in such a lackluster fight. But the negativity from this type of a win usually doesn’t last long. Anderson Silva and Georges St-Pierre had bad fights in their heyday. In time, people forgot about them after one exciting fight or dominant performance. They are still considered two of the greatest of all-time. Paulo Costa (13-0), who is likely Adesanya’s next fight, drew a Fight of the Year level bout out of Romero. So this becomes an important fight for the perception of Adesanya as a major star.

ZHANG WEILI - The close win ups her winning streak to 21. As far as where she goes next, it’s either Jedrzejczyk (16-4) or Namajunas. The question is more how the fight changes Zhang’s perception as much in China as the U.S. UFC has been trying for years to follow the NBA and break into China in a big way, a market that has proven frustrating for most American companies. The dream was always a Chinese star, and a world champion coming off one of the great fights in history is something UFC would have hoped for, but likely would have thought was a long time away. It’s just a question of marketing, staying at the top, and—the hardest piece of the puzzle—how the public reacts.

JOANNA JEDRZEJCZYK - If Namajunas looks impressive enough to get the next title shot, Jedrzejczyk would probably be one win away. She could face Andrade, provided Andrade loses to Namajunas. Tatiana Suarez (8-0), who has been battling neck problems would make for a good opponent if she’s healthy. If not, the best bet is Yan Xiaonan (12-1).