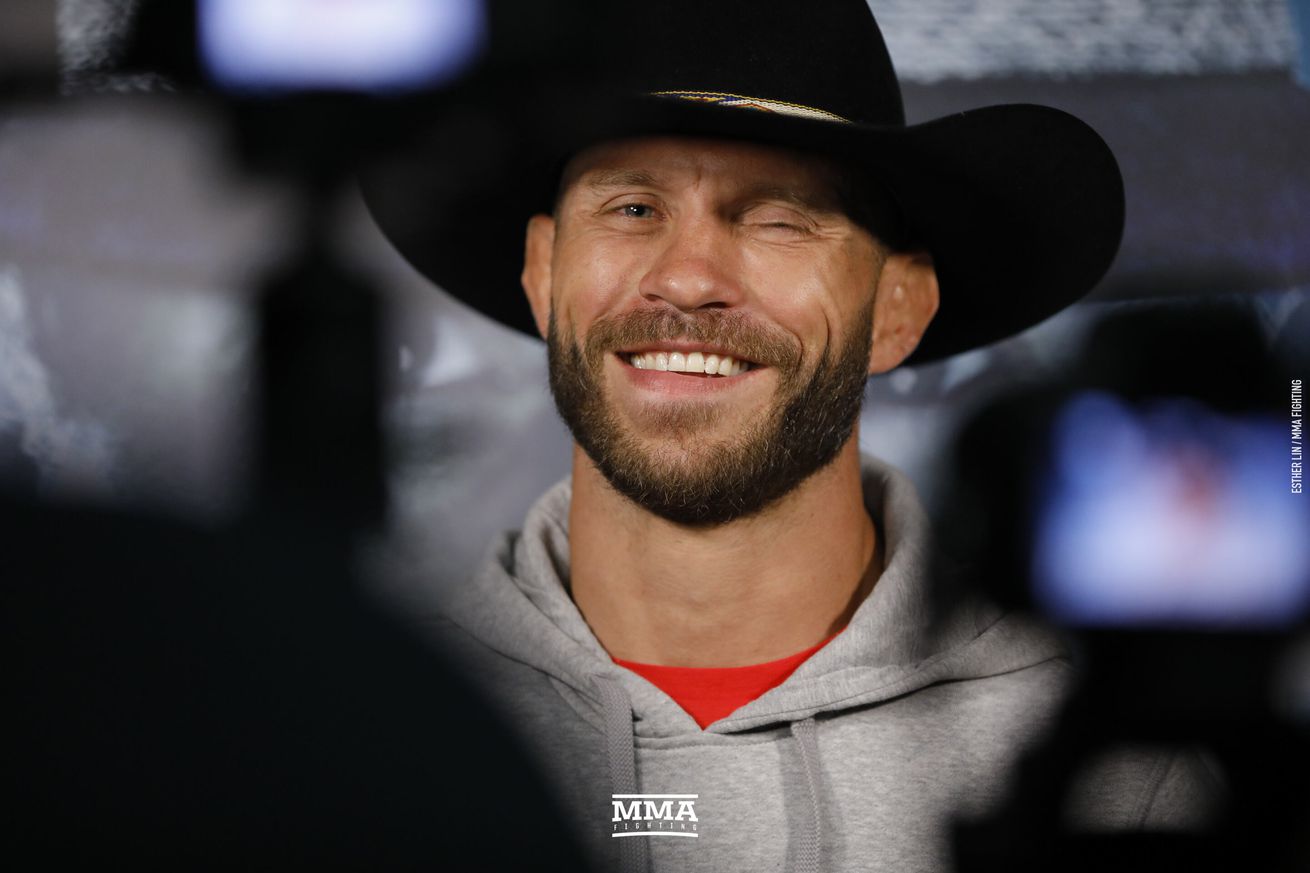 Things got real between Donald Cerrone and Mark Wahlberg while filming a movie.

“Cowboy” took to social media on Wednesday to share a clip of the upcoming Netflix flick Spenser Confidential featuring himself and Wahlberg, while also taking the opportunity to apologize to Wahlberg for their “fake fight” being “a little too real.”

My first time being in a fake fight was a little too real (sorry @MarkWahlberg). Check this clip out and then watch #SpenserConfidential now, only on @Netflix #ad pic.twitter.com/ZPJhlFKnzD

In the above clip, Cerrone can be seen battling Wahlberg in what looks to be a prison library. The footage is prefaced by Wahlberg—star of numerous action movies—saying, “The most dangerous thing that I’ve done in film was fighting with UFC fighter Cowboy Cerrone.”

“Cowboy’s never been in a fake fight in his life,” Wahlberg adds. “I was like, ‘You’re kicking me pretty hard.”

Cerrone mentions that he had a hand in choreographing the action, likely drawing upon the 51 MMA bouts he’s had in his career. It also looks like he had the chance to be involved in some automobile stunt work.

“I can’t believe they pay me to do this,” Cerrone says. “Gimme the key, turn me loose, I’ll smash through all the cars all day long.”