Diego Ferreira vs. Drew Dober in the works for UFC Oklahoma City
This topic has been deleted. Only users with topic management privileges can see it.
F
F
fightgal Reply Quote 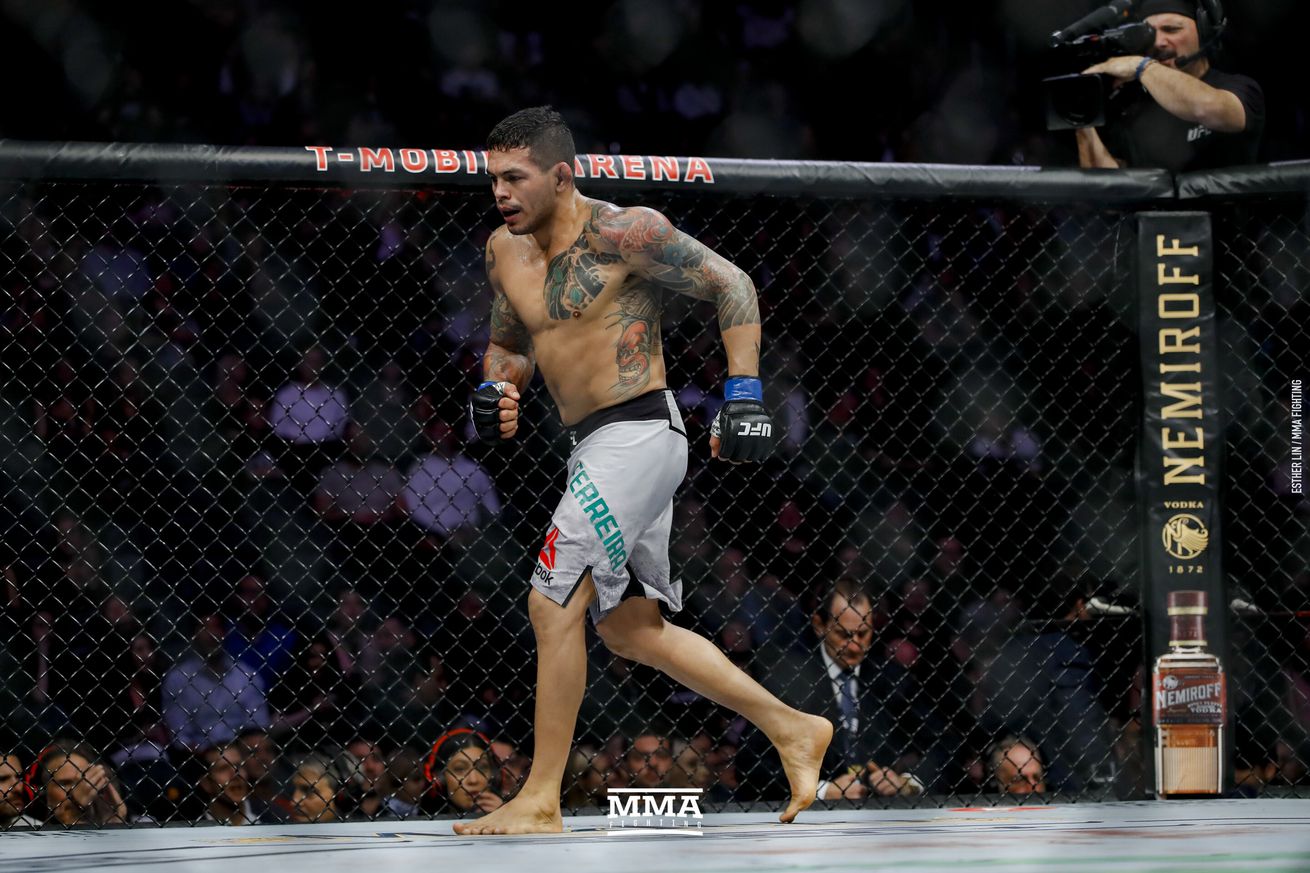 Diego Ferreira (pictured) is in talks to fight Drew Dober in a lightweight bout at UFC Oklahoma City on May 2 | Esther Lin, MMA Fighting

Diego Ferreira and Drew Dober have each other in their sights.

The UFC lightweights confirmed via social media that they are in talks to fight at UFC Oklahoma City, which takes place at Chesapeake Energy Arena on May 2. MMA Junkie first reported verbal agreements for the bout.

For Ferreira (17-2), the fight marks an opportunity to extend his current winning streak to seven. The Brazilian hasn’t lost in five years and has recent finishes of Anthony Pettis, Kyle Nelson, and Jared Gordon on his resume. He is 8-2 in 10 UFC appearances.

Dober (22-9, 1 NC) is on a similar run of success. He’s scored first-round TKOs in his previous two outings against Marco Polo Reyes and Nasrat Haqparast, respectively, and has won five of his past six fights. His 8-5 (1 NC) UFC record also includes wins over Josh Burkman, Scott Holtzman, and Jamie Varner.

UFC Oklahoma City is scheduled to be headlined by a middleweight bout between Jack Hermansson and former UFC champion Chris Weidman. The main card airs live on the ESPN+ streaming service.

See the updated card below (bout order to be determined):