Deiveson Figueiredo reacts to Joseph Benavidez’s headbutt comments, says he ‘can’t take a punch in the face’
This topic has been deleted. Only users with topic management privileges can see it.
F
F
fightgal Reply Quote 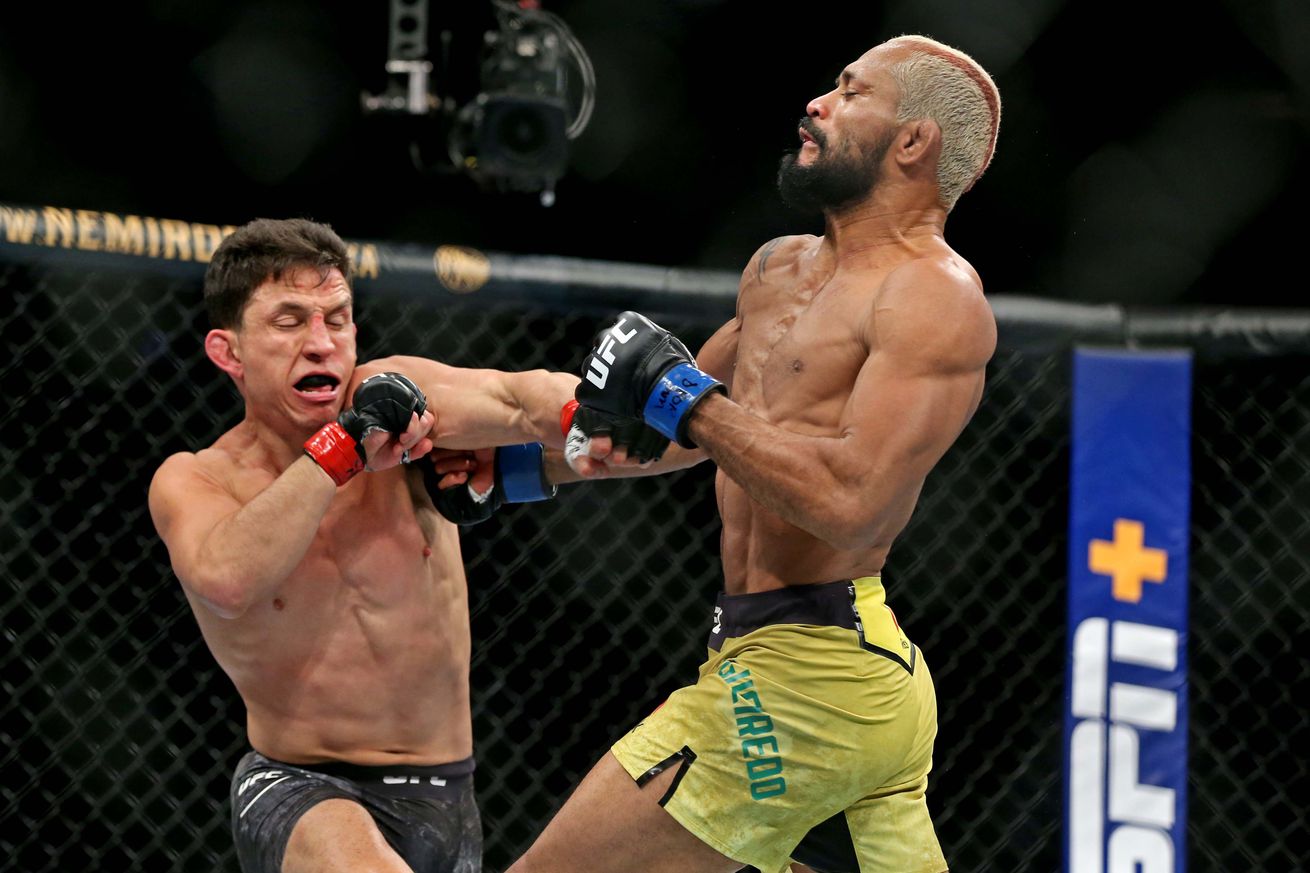 Deiveson Figueiredo had a hero’s welcome in his return to Soure, Brazil, after knocking out Joseph Benavidez in a non-title fight at UFC Norfolk on Feb. 29. Now, he’s eager to claim that piece of gold in 2020.

The UFC has yet to make it official, but all signs point to an immediate rematch between “Deus da Guerra” and Benavidez to determine the flyweight champion. Figueiredo, who was awarded a fake belt by the mayor of Soure upon his arrival, laments not holding the real one after missing weight the morning before the fight.

“It’s such a pity,” Figueiredo told MMA Fighting. “I would have loved to return with the belt, but unfortunately that happened. I had gastrointestinal problems and that prevented me from making weight for the first time in my life. I’m working hard with my team to make sure it doesn’t happen again.”

Figueiredo says he’s “100 percent” down to rematch Benavidez in the Octagon, but doesn’t buy the three-time title challenger’s comments regarding the clash of heads that happened moments before the finishing sequence.

“The headbutt was the end of the fight,” Benavidez told MMA Fighting last week. “I didn’t go out. The finishing felt like a replay of sorts. I didn’t even know I got headbutted, because at that point you’re just rocked. You’re out of it. That was it. That’s the best I can say.

“Benavidez can’t take a punch in the face, let alone get cut in the face.” said Figueiredo. “We noticed he gets desperate when it lands. Man, I saw a desperate look in his face when we clash heads, rubbing his face. (He) rubbed his face, (and) got punched in the face. He couldn’t see. He could have stayed alert. He gave me the opening to catch him.”

That said, Figueiredo expects a different Benavidez next time they meet.

“I’m already looking at what he might change in terms of strategy,” Figueiredo said. “I’ll be more prepared for this guy. I’ll work harder on my takedown defense and get better on the striking area, because I think I’ve made a lot of mistakes.”

The Brazilian surprised many people by taking the veteran down to the ground and threatening with a slick armbar, but he already expected to find success in the grappling area.

“He’s very versatile, he doesn’t stop, (and) he’s explosive. But I’ve watched back the fight and I’ve made mistakes. If I had held his leg, he wouldn’t have escaped, I could have caught him with the armbar or even the triangle.”