Manager: Yoel Romero ready to return in 12 weeks, can be labeled gatekeeper for now
This topic has been deleted. Only users with topic management privileges can see it.
F
F
fightgal Reply Quote 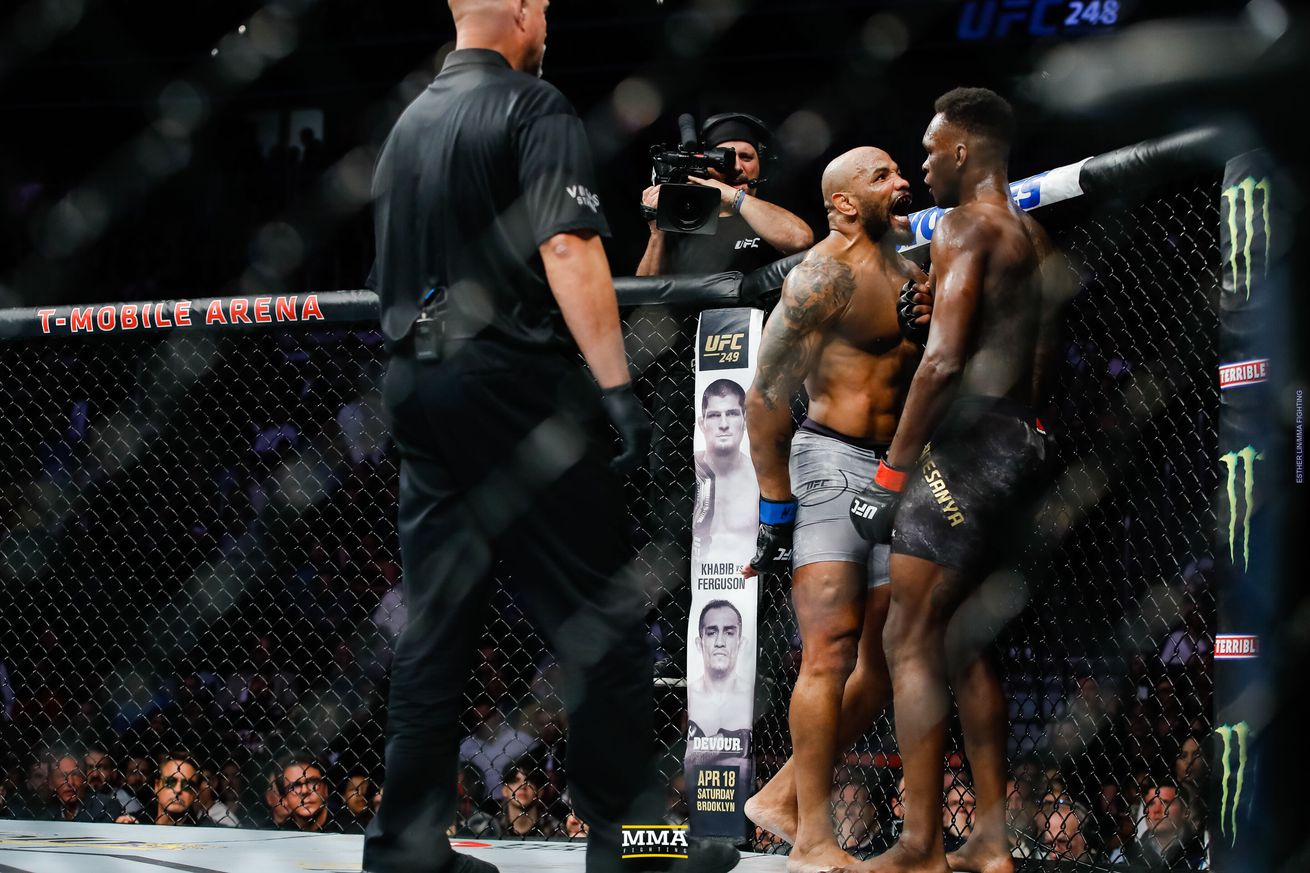 Yoel Romero might be on the ropes right now, but a few knockouts can change everything.

”We can label Yoel as a gatekeeper at this point, but if he knocks out three guys in devastating fashion, everyone’s going to be saying Yoel’s the best middleweight, and he needs another title shot,” Ibrahim Kawa told MMA Fighting. “If guys can’t beat Yoel, then eventually, the only guy left is Yoel.”

White laid blame squarely at Romero’s feet for the action-light title bout against champ Israel Adesanya this past Saturday at T-Mobile Arena. The 42-year-old Cuban in turn blamed Adesanya for not engaging with him.

The UFC president scoffed at the idea of another title shot, but left open the door of a Romero comeback if “he comes back in his next fight and looks like Yoel Romero.”

”But if he doesn’t, I wouldn’t expect him to fight another 10 years looking like that,” White added.

Kawa said the UFC 248 loss hasn’t ended Romero’s dreams of becoming an octagon champion and said the fighter is ready to return in 12 weeks. The rep added the damage from Adesanya’s repeated leg kicks wasn’t enough to keep Romero from walking and dancing at his afterparty; Romero also danced at the press conference and recently posted a video of him doing laps in the sand.

Back on the Grind - #unscathed #unretired continuando mi entrenamiento #seeyousoonboi

With “the right fights” against opponents the UFC believes worthy of title contention, Kawa is optimistic of changing perceptions.

”He didn’t lose an opportunity where he’ll never fight for a title again,” Kawa said. “I don’t think that’s the case. I think it’s just depends on the fans. If the fans get behind Yoel and they believe Yoel deserves a shot, the UFC will give him a shot.”

Right now, Kawa said, Romero is taking stock of what happened and the lessons that will propel his comeback. Against Adesanya, he said the gameplan fell flat against a fighter whose best work is done in counter.

”In his mind, he was pushing (the action),” Kawa said. “Not the first two rounds – he was very patient. The game plan was to be patient, because as we saw, Izzy doesn’t know what to do coming forward. He’s a guy that waits for you to come in, and he makes all his moves based on you.

”When he did try to push the action, it was very hard for him. Yoel would have had to shoot from so far from the opposite side of the cage to get into range, which he did. He power-doubled him all the way to the cage. He wrecked him and then let him up so he could finish with a flurry.

”He figured the more I show judges that I’m hitting him, the better, rather than the takedown and trying to hold him down, and if Izzy gets up, it’s going to look negative on him. So why not power-double him, let him up, and hit him with some shots? All credit to Izzy, he was able to weather the storm and move out of the way as he did pretty much the whole fight.”

Over the past year, career middleweights such as Chris Weidman, Luke Rockhold, and Ronaldo “Jacare” Souza have sought greener pastures at light heavyweight, only to see dreams of a quick title shot come to an end. Romero, who’s twice failed to make weight and once lost a title shot due to troubles on the scale, appears to be a prime candidate for a move. But Kawa dismissed the idea, indicating Romero’s struggles are in the past.

“Everybody questions his weight; this is the second time he’s made championship weight without issue,” the rep said. “The idea of him moving up just doesn’t make a lot of sense. He’s made weight all but two times in his life, so I think he gets a pass on that now.”

That leaves Romero to find a way to turn an embarrassing setback into another spark of opportunity. It might be a long time until that happens, but his rep said fans haven’t seen the last of him.

“He’s made it very clear that this wasn’t his last shot,” Kawa said. “He’s already made it clear he’s going to be around for a while.”