Paulo Costa calls Israel Adesanya ‘the most shameful champion I have seen ever’ at UFC 248
This topic has been deleted. Only users with topic management privileges can see it.
F
F
fightgal Reply Quote 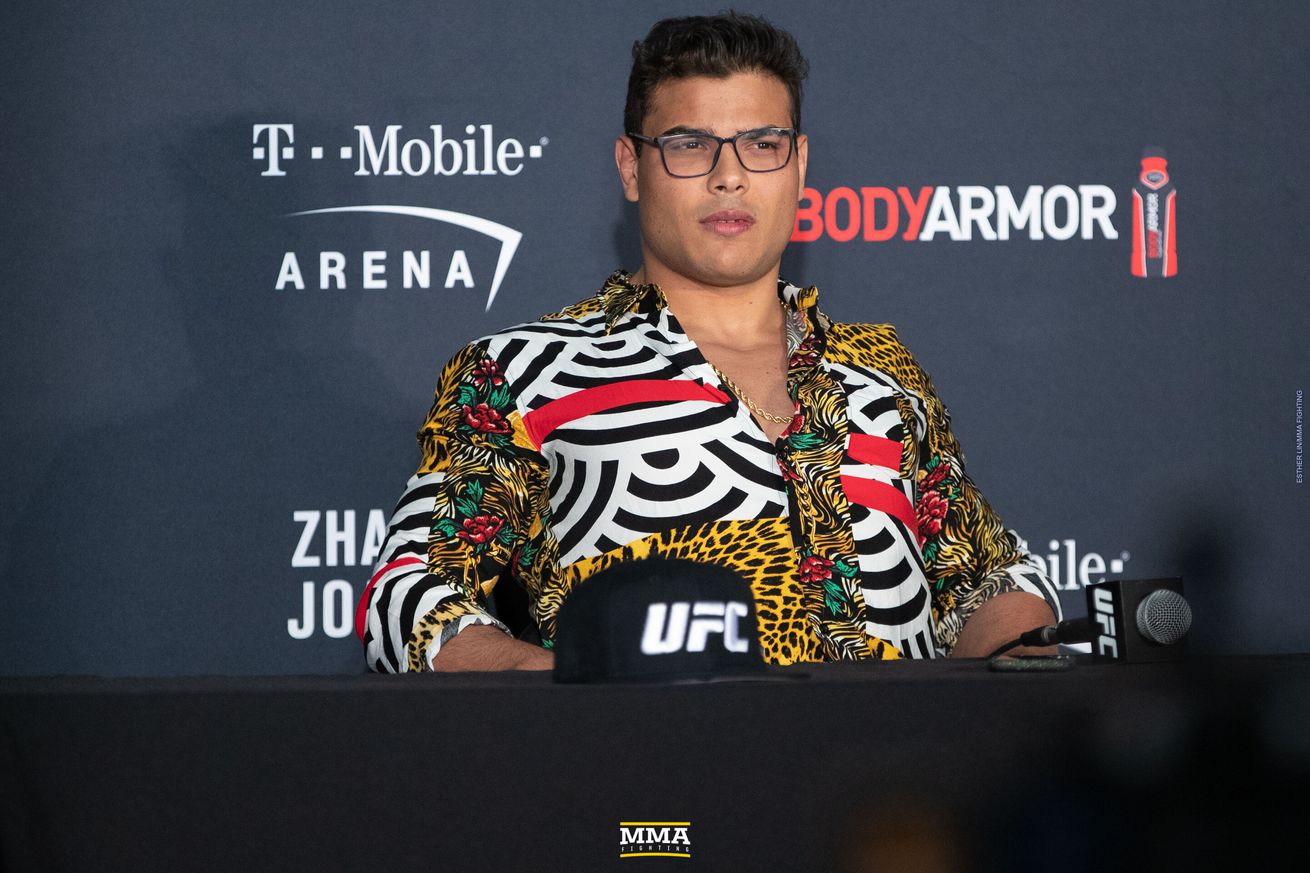 The crowd at T-Mobile Arena had a harsh reception for the UFC 248 main event bout between Israel Adesanya and Yoel Romero.

The middleweight contender was made available to the media following Saturday’s show in Las Vegas and he had a harsh assessment of the headlining matchup that was light on action and ended with Adesanya retaining his 185-pound title by unanimous decision.

“I will make him cry. I will hit him very badly. And he will cry like a baby. I will slap his face in my fight against him because—That’s it, he’s shameful.”

Neither Adesanya nor Romero were able to mount much significant offense in the five-round contest, but Costa saved the majority of his criticism for Adesanya. Costa is familiar with Romero’s fighting style, having defeated Romero at UFC 241 by unanimous decision last August.

“I don’t blame Romero,” Costa said. “Romero’s the same against everybody. He never put 100 percent of pressure. He’s a little bit lazy and sometimes he explodes.

Cageside for the main event, it seemed possible that Costa would have something to say in the immediate aftermath of Adesanya’s fight with Romero, and according to Costa, he was made aware that he could be asked to directly challenge the winner.

Adesanya actually searched for Costa in the crowd during his post-fight speech, but Costa was nowhere to be found. So what happened?

“Of course, everybody leaves from the cage,” Costa said. “But when I jump, some people catch me and bring me out. Why I need to wait for him to tell something for him? He make a very, very bad fight tonight, so I laugh about this.”

“I jump because somebody told me to be ready to go inside the cage, so I jumped,” he later added. “That’s it.”

Costa’s manager Wallid Ismail said it was actually security that approached Costa as he rose from his seat and escorted him out of the cageside area. Costa clarified that it was never his intention to get physical with either Adesanya or Romero.

Health-permitting, it would likely have been Costa who was selected to face Adesanya at UFC 248. The 28-year-old is 13-0 as a pro and 5-0 in the UFC with wins over the likes of Romero, Uriah Hall, and Johny Hendricks. He said he is “100 percent” healthy and that he’s eying an International Fight Week showdown with Adesanya this coming July.

Ironically, if Costa had been scoring the fight, it’s actually a rematch with Romero that he’d expect to see next.

“I think nobody deserves to get the win,” Costa said. “But Romero put more pressure. Romero took the middle of the cage.”