Zhang Weili, Joanna Jedrzejczyk both released from hospital with no significant injuries
This topic has been deleted. Only users with topic management privileges can see it.
F
F
fightgal Reply Quote 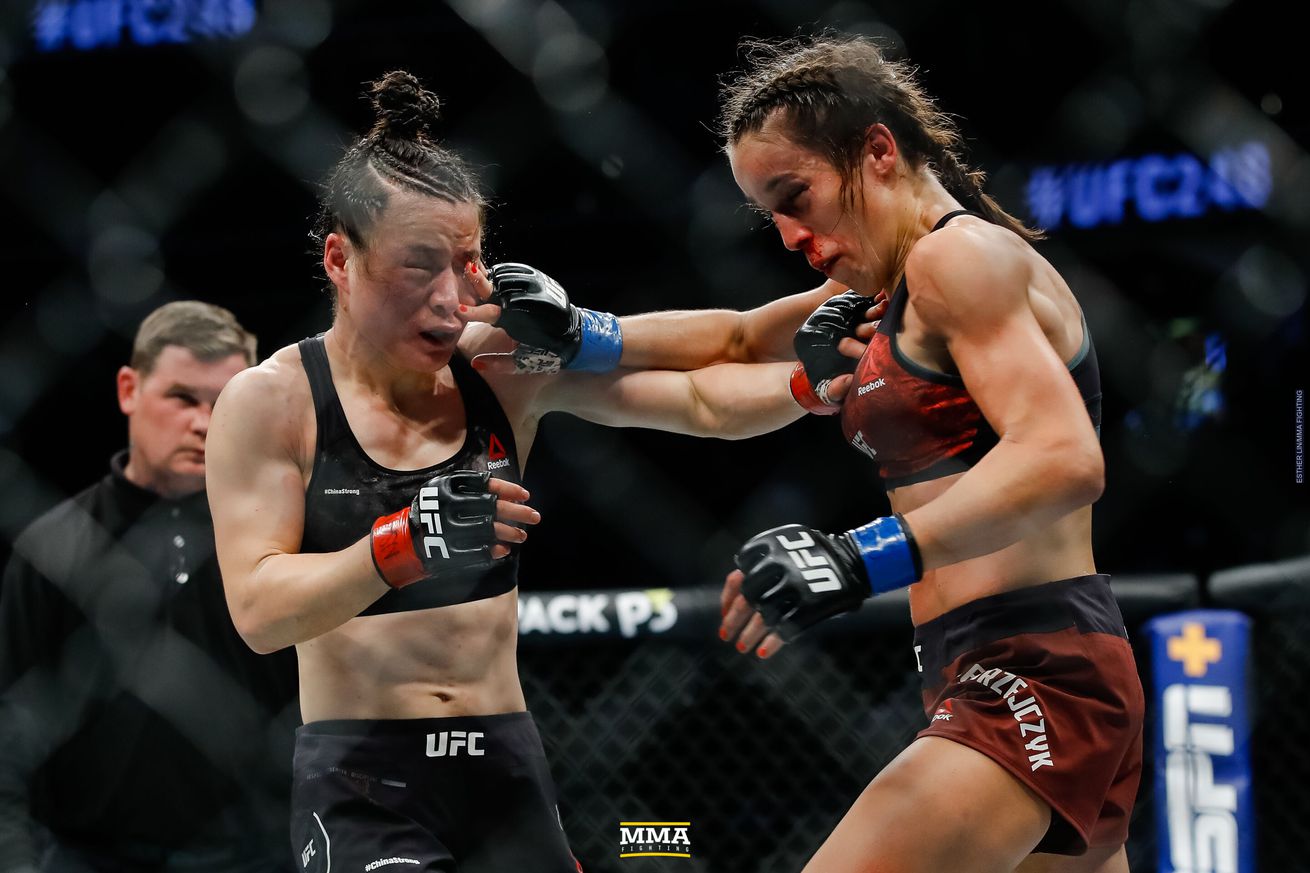 Strawweight champion Zhang Weili and Joanna Jedrzejczyk went to war for five rounds on Saturday night in a fight for the ages in the UFC 248 co-main event.

The back-and-forth battle ended with Zhang winning a razor-close split decision but both fighters showed the after effects of nearly 400 strikes landed between them during the 25-minute contest. In particular, Jedrzejczyk left the Octagon with a sizable hematoma swelling on her forehead while Zhang suffered several cuts as well as her nose being mashed.

Neither fighter was available to appear at the post fight press conference because Zhang and Jedrzejczyk were immediately taken to a local Las Vegas hospital for precautionary reasons.

The good news is neither fighter suffered any serious injuries.

“Just back from the hospital,” Zhang’s manager Brian Butler wrote on Instagram. “Zhang Weili back in her room and resting. No significant injuries and in good spirits. What a night.”

The same can be said for Jedrzejczyk, who was also released from the hospital after she was checked over by physicians.

According to her team when speaking to MMA Fighting on Sunday, Jedrzejczyk underwent a number of tests and scans but everything came back clear before she left under her own power.

While neither fighter suffered any serious injuries, it’s likely Zhang and Jedrzejczyk will both get some mandated time off from the Nevada State Athletic Commission due to a grueling fight over five rounds.

The fight is already being hailed as the best of 2020 if not one of the greatest battles to ever take place inside the UFC Octagon. Ultimately, Zhang retained her title but given the attention the fight received, it seems nearly impossible that she won’t encounter Jedrzejczyk again at some point in the future.