Cage Warriors champion Jack Cartwright inspired by Tyson Fury ahead of inaugural Manchester event
This topic has been deleted. Only users with topic management privileges can see it.
F
F
fightgal Reply Quote 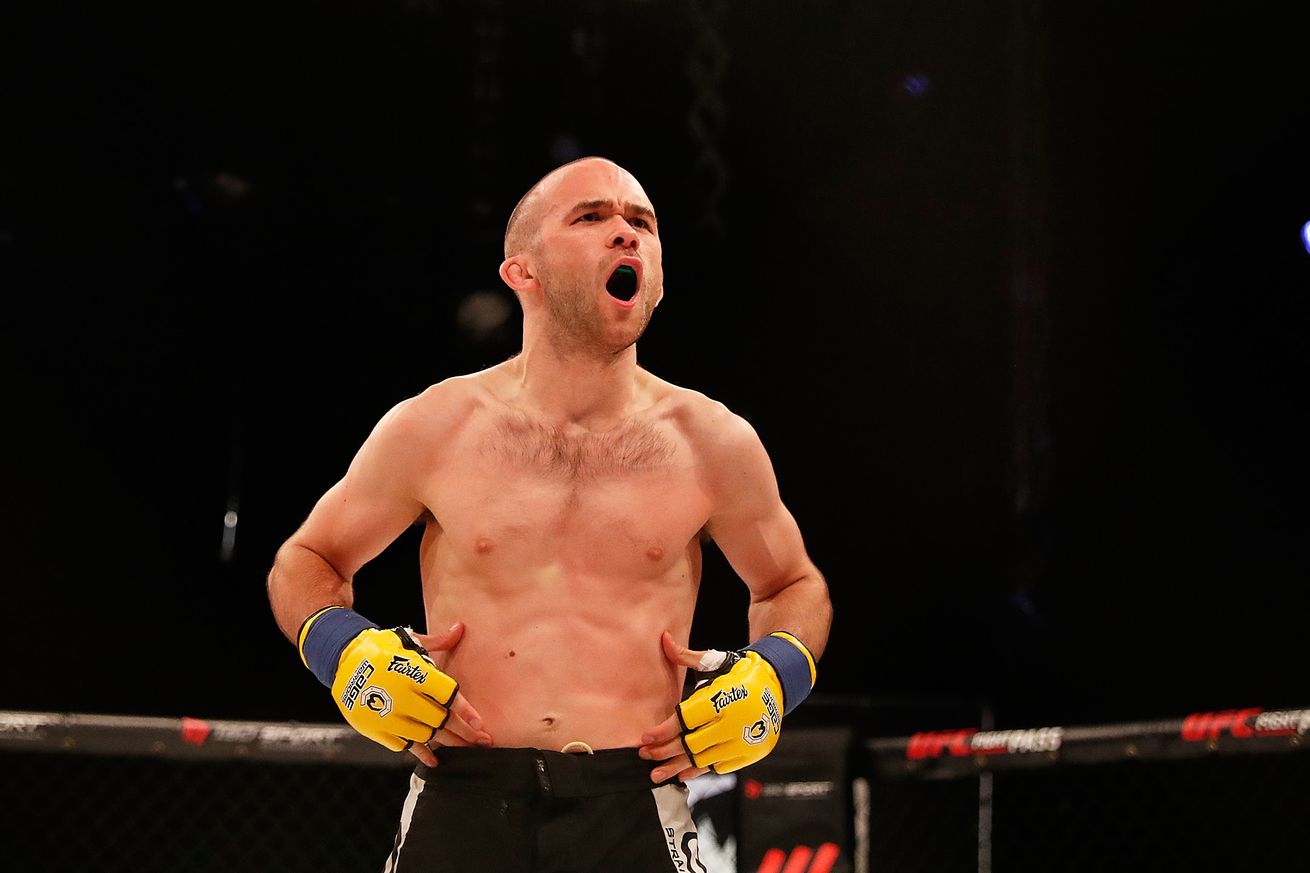 Cartwright established himself as one of the standout bantamweights in Europe with two quick stoppage wins at Cage Warriors Unplugged 2 last September, which saw him clinch the coveted strap that was once held by UFC fighters Brett Johns, Nathaniel Wood and most recently, Jack Shore.

The brace of victories pushed him to the forefront of the celebrated European promotion and has likely paved the way for the organization to host its first event in Manchester this weekend when Cartwright defends his title for the first time against Manuel Bilic.

“[It’s exciting] purely for the fact that [Cage Warriors] haven’t been to Manchester before and all my teammates can get on the card and all the other Northern guys can travel up here instead of having to go down to London, or go to wherever. It’s just a Manchester card and we’ve got loads of top gyms up here,” Cartwright told MMA Fighting’s Eurobash podcast.

“If we go and put on a good show, which we will do, [Cage Warriors] are going to comeback and then it’s going to be a perfect stage for everybody coming up in the future. I’m proud of that. I know I’m only a 7-0 fighter, but I’m glad I’ve helped get the show to Manchester because it’s a hotbed for fighters.”

Cartwright, who grew up just ten miles away from Fury, described how he would often see the heavyweight great in the gym during his amateur boxing years and how he would sometimes spar Fury’s cousin, Hughie.

“Of course it is [a source of inspiration],” said Cartwright.

“I love Tyson Fury; I’m a massive fan and I always have been. I grew up boxing with his cousin Hughie. We used to box at the same gym, we used to spar each other, but obviously he has a heavyweight and I was [smaller]. When we 14, we used to spar all the time. I had seen Tyson about and he was always a really nice guy and obviously now we can all agree he’s the best heavyweight in the world. Getting to see him go over there and dust Wilder like that, it’s filled me full of pride, really. It’s made me anxious to get in there and show what I’m made of and put a show on.”

The heavy-handed champion explained what he admired about Fury’s ability.

“He’s just very well-rounded. He can stick to a game plan, move around, switch stances, keep it long...he can win like that and box clean, he can make it ugly, tie people up, lean on them, wear them out and beat them up that way. He can pressure people like he just did with Wilder and then fill them in. His little half steps back to make you miss and then bam bam, he lands shots and punishes them,” Cartwright said.

_“_He’s a purebred fighter. When it gets ugly and dirty in there he can make it rough, pull it out of the bag and get the win. He’s got that grit in him and it resonates. It makes you realize that all you have to do is believe in yourself. Just grit your teeth, believe in yourself and good things will happen. That’s what tends to happen to people, especially in my life, so I’m just going to keep it going.”

With Cage Warriors titles being commonly viewed as a golden ticket to the UFC, Cartwright discussed his proximity to a contract with the world’s flagship MMA promotion.

“I got into this sport to be a UFC champion, so I’d be lying to say I wasn’t [thinking about that]. I’ve got this fight on the 7th and I’ve got to take care of business and win. Obviously, there’s an Ireland card that I want to be on, I want to get over there and give the Irish fans a good scrap. I want to dust this guy on March 7th and then we’ll see if the UFC come calling.”

Check out Jack Cartwright’s interview on Eurobash. It begins at 1:10:00.