Ion Cutelaba vs. Magomed Ankalaev re-booked for UFC 249 following controversial stoppage
This topic has been deleted. Only users with topic management privileges can see it.
F
F
fightgal Reply Quote 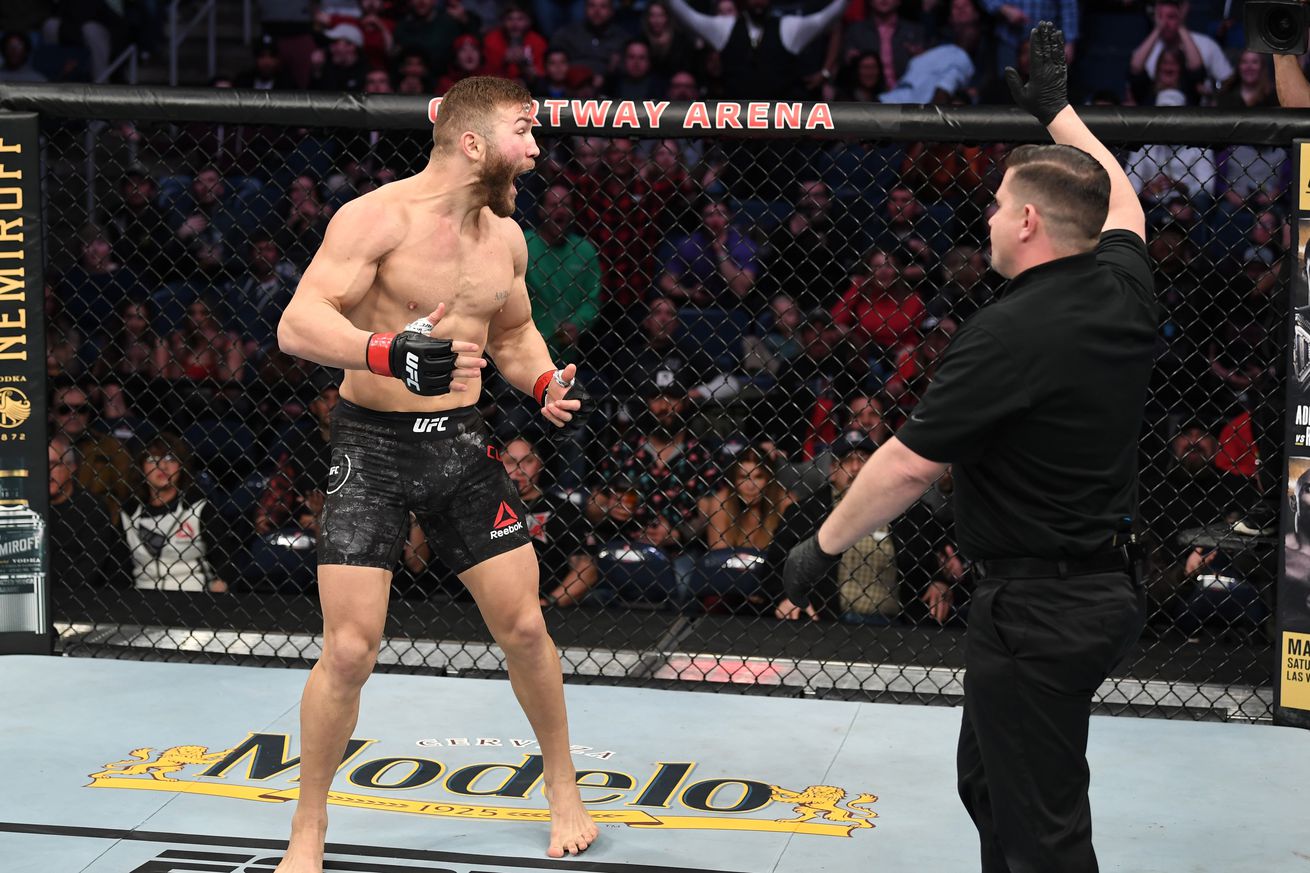 A controversial stoppage in the light heavyweight fight between Ion Cutelaba and Magomed Ankalaev has led to a rematch being booked for UFC 249 on April 18 in Brooklyn.

The fighters have verbally agreed to the match according to multiple sources speaking to MMA Fighting on Thursday following an initial report from ESPN.

The first fight between Cutelaba and Ankalaev only lasted 38 seconds at UFC Norfolk but the stoppage is what drew such ire from the Moldovan born athlete.

As soon as the action got started, Ankalaev was head hunting with a series of head kicks and a barrage of punches that put Cutelaba on wobbly legs. Ankalaev continued to pour on the pressure as he was gunning for the knockout and while Cutelaba definitely appeared to be hurt, he was still on his feet and defending himself.

That’s when referee Kevin MacDonald stepped in between the fighters and called a stop to the contest. Cutelaba was immediately incensed because he didn’t appear to be anywhere near out on his feet as he was still intelligently defending himself.

In the aftermath of the fight, Cutelaba’s management team began looking into filing an appeal to potentially have the results vacated and overturned due to the controversial stoppage.

In the meantime, the UFC will now re-book the fight for the upcoming UFC 249 card as Cutelaba and Ankalaev join a lineup that also includes the main event where lightweight champion Khabib Nurmagomedov takes on Tony Ferguson.