Dana White: Jose Aldo ‘absolutely deserves’ Henry Cejudo fight, but if you don’t like it ‘then don’t watch it’
This topic has been deleted. Only users with topic management privileges can see it.
F
F
fightgal Reply Quote 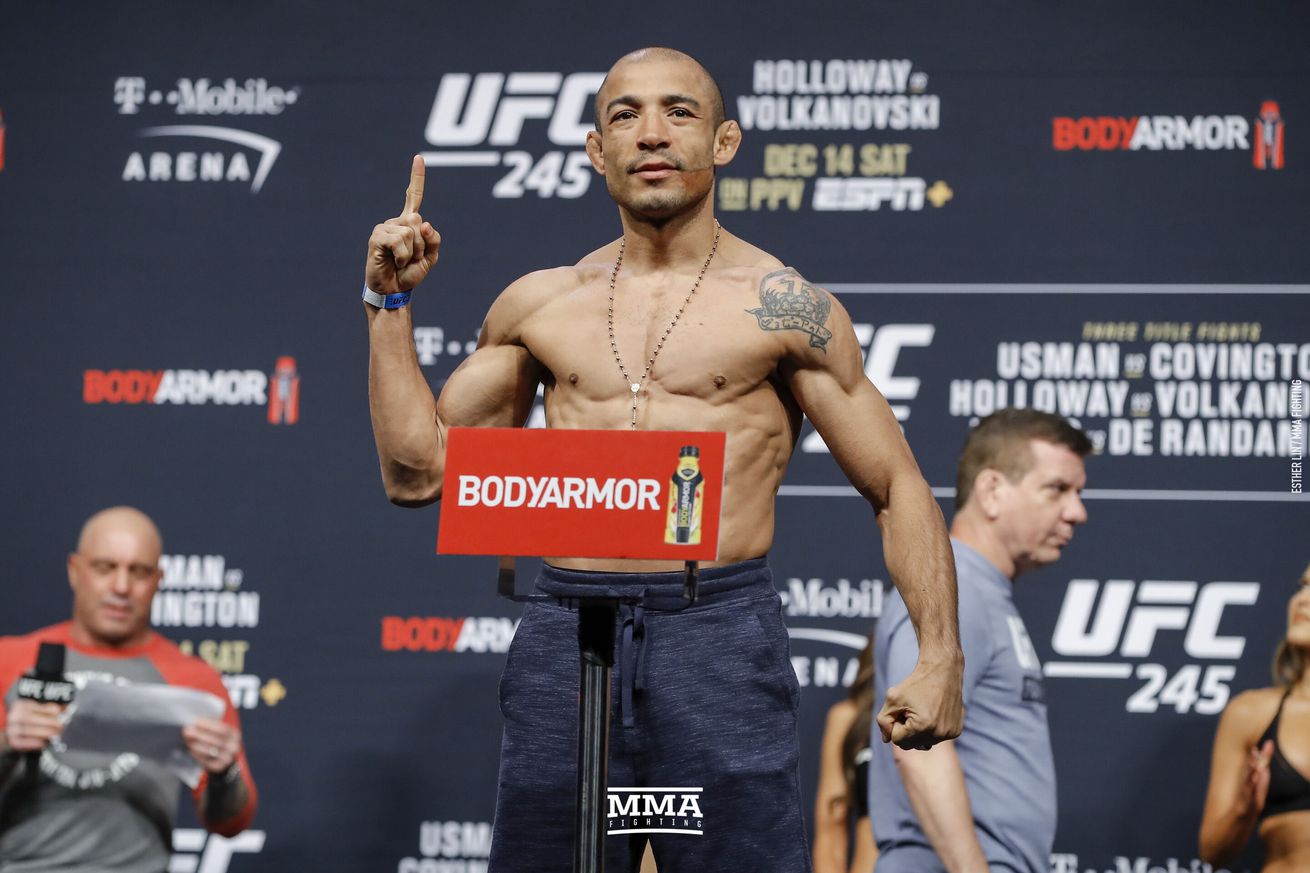 Jose Aldo is getting the first shot at Henry Cejudo’s bantamweight title and UFC President Dana White doesn’t want to hear anybody complaining about it.

The 135-pound title fight was recently added to UFC 250 in Brazil much to the chagrin of bantamweight contenders Aljamain Sterling and Petr Yan, who are both riding significant win streaks in the division.

Despite Sterling and Yan’s objections, White believes that Aldo has earned the opportunity to fight for the belt in only his second bout in the division.

What seems to be driving his decision is that White doesn’t buy Aldo’s loss to Marlon Moraes in his bantamweight debut last year nor that victory alone should have secured him the title shot.

“I think [Jose Aldo] won,” White told TMZ when asked about Aldo’s fight against Moraes. “I think the judges got it wrong and he won the fight. When you’ve done what Cejudo has done, he agrees.

Aldo’s credentials as arguably the best featherweight fighter of all time are lengthy but it still doesn’t negate the fact that he’s coming off two losses in a row including his last bout at 145 pounds as well.

With UFC 250 taking place in Brazil, however, Aldo sitting at the top of the card in a title fight against Cejudo will likely bring in a large and boisterous crowd.

Add to that, White doesn’t seem to care much about any detractors who don’t like the Aldo-Cejudo fight because he believes it was the right matchup to make.

“The champ-champ, the guy who won belts in two divisions wants to fight Aldo. So what does that mean? And Cejudo isn’t a guy running around looking for easy fights.”