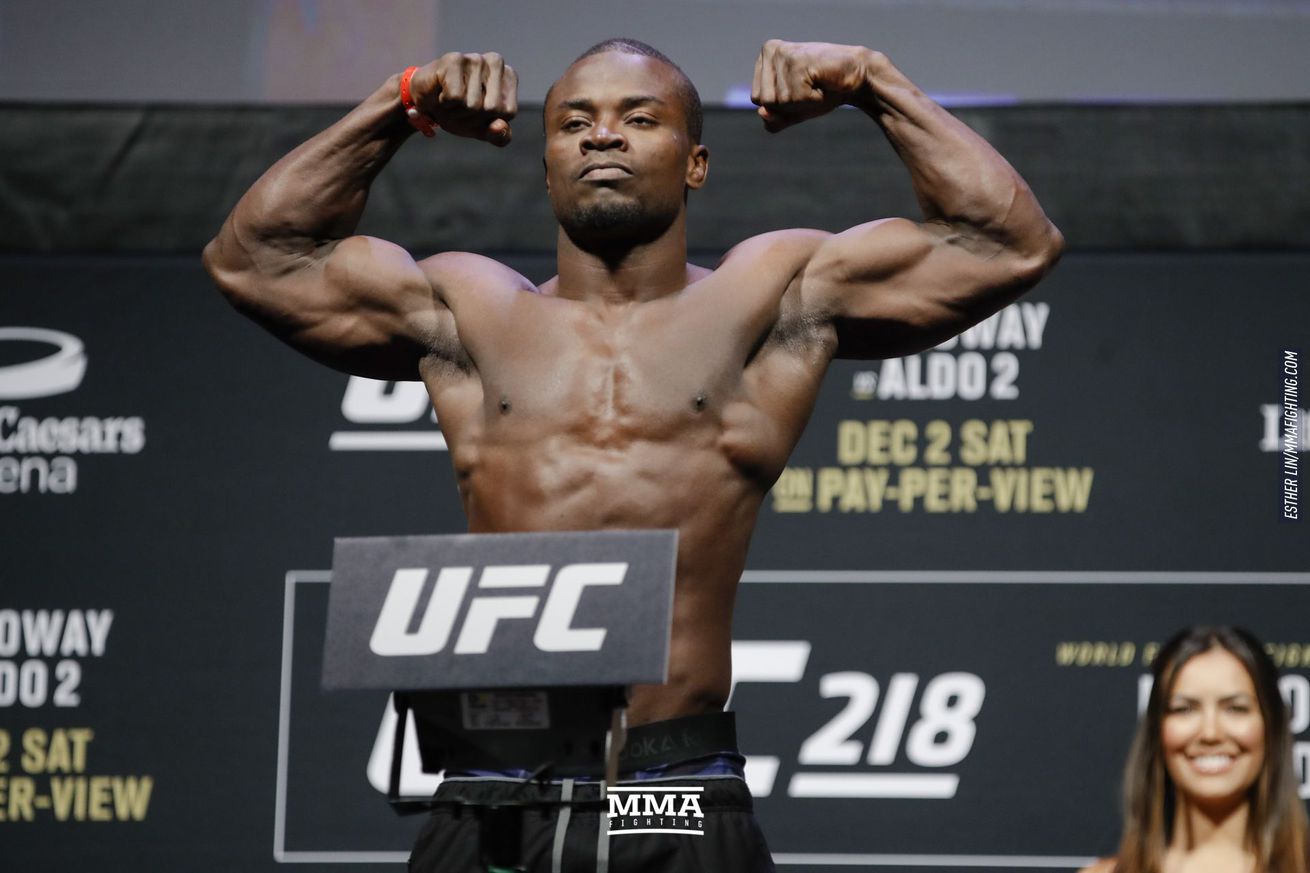 One of the victims, a woman who was 20 at the time of the incident, testified that Alhassan held her down and assaulted her before turning on her friend, then 22, while her mother slept down the hallway, the Star-Telegram reported.

A prosecutor said Alhassan asked for a favor in return after letting the younger friend inside the bar where he worked as a bouncer. The women were there to attend a birthday party for an off-duty police officer who also worked security at the bar, the report said.

”What are you going to do for me?” Tarrant County prosecutor Allyson Kucera said Alhassan told the older woman during her opening statement.

Alhassan was indicted in September 2018 on two counts of sexual assault. He is accused of assaulting the women – one of whom was an acquaintance – at the house where the younger woman lived after the party at the Varsity Bar in Fort Worth, Texas. Alhassan has pleaded not guilty.

Al-Hassan’s attorney, Brandon Barnett, told jurors the fighter had consensual sex with the younger woman and didn’t touch the older woman. Barnett added Alhassan was a “local celebrity” who was successful with women, the report said. The fighter has been free on bail since being charged, though the UFC has not booked him for any fights despite his attorneys succeeding in removing a requirement to wear a GPS monitoring device.

The report said witnesses testified that the women were intoxicated after drinking at the bar; a bar employee said he found Alhassan with them in the utility closet and they were “giggling and laughing all night.”

The off-duty police officer whose birthday was being celebrated testified he was too drunk to help when Alhassan asked him to get the women into a vehicle after they passed out on the stairs outside the bar, the report said.

Alhassan reportedly drove the women to the home of the younger woman, where her mother had to let them in because her keys were in her friend’s car. She had no memory of how her older friend got in bed.

The report also said the younger woman testified she wasn’t aware that Alhassan was in the room until he pinned her down and pulled up her dress. She said she couldn’t see him during the assault because her head was pushed into a pillow. After he finished assaulting her, she said he moved on to her older friend, who was intoxicated and mumbling.

”I didn’t know what to do,” the younger woman reportedly said. “I was scared. I froze. It felt like I should have erupted. Instead, I didn’t. I froze.”

The report said the mother of the younger woman testified her daughter woke her up, reporting something was wrong with her friend. She said her daughter seemed scared. The mother discovered the older woman in bed with “both her legs inside one leg hole of her underwear” and a used condom on her purse, which she later bagged and handed over to police. She eventually awoke the older woman and both of them were taken to a local hospital, where they received sexual assault examinations.

”I felt scared myself,” the mother testified. “I guess I felt like I should have known that night.”