Rose Namajunas says she declined Zhang Weili fight amid doubts about fighting future
This topic has been deleted. Only users with topic management privileges can see it.
F
F
fightgal Reply Quote 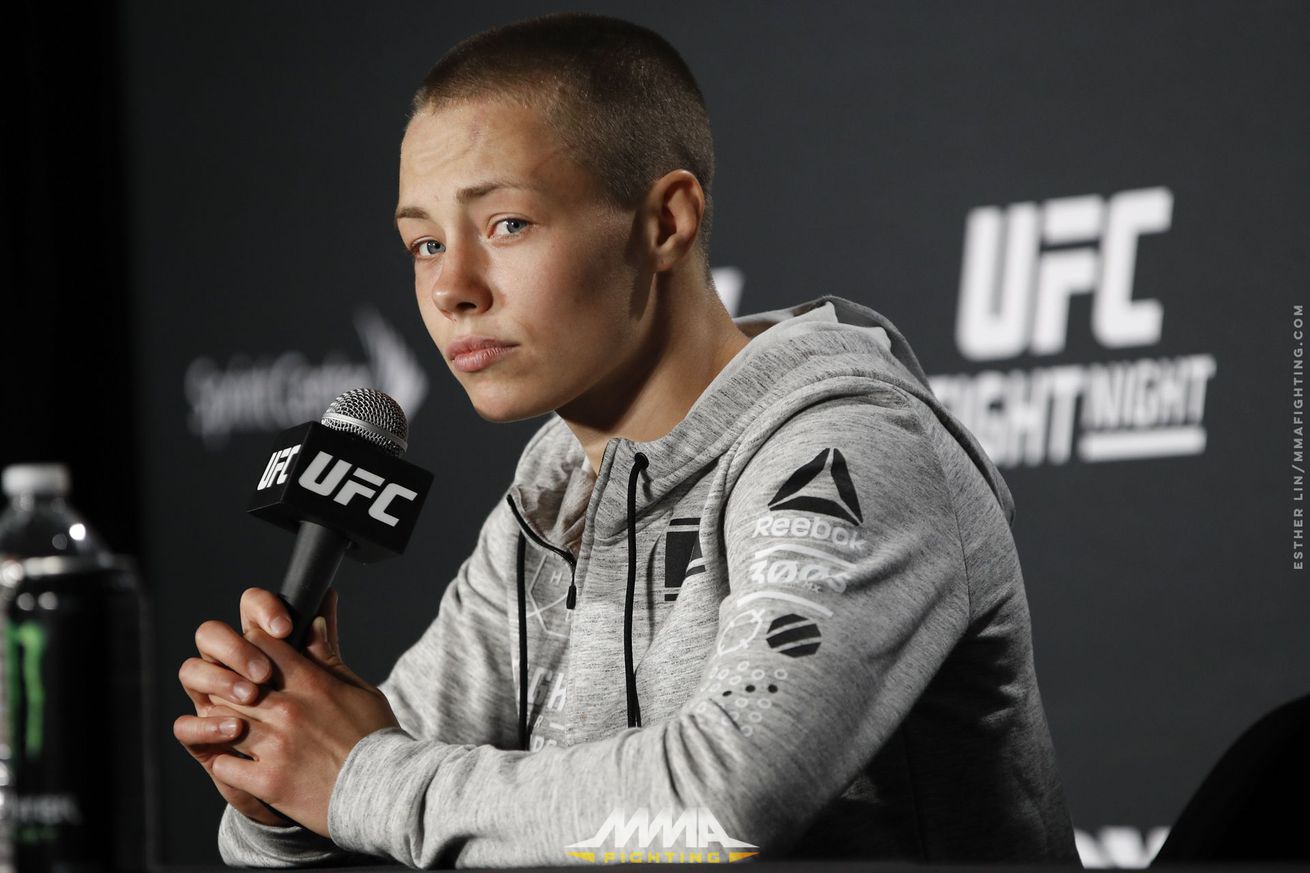 Following the loss of her UFC title, Rose Namajunas was in no rush to jump right back into the championship picture.

Namajunas was coming off of back-to-back wins over Joanna Jedrzejczyk when she ran into Jessica Andrade at UFC 237 last May. All it took was one mistake—Namajunas holding onto an armbar attempt resulting in a fight-ending slam—for Andrade to defeat Namajunas and claim the strawweight crown.

Rather than book an immediate rematch, the UFC matchmakers went with Zhang Weili for Andrade’s first title defense and the belt would change hands again just three months later. Zhang now defends against Jedrzejczyk this Saturday at UFC 248 while Namajunas is set to rematch Andrade at UFC 249 in Brooklyn next month.

According to Namajunas, she was in line for a shot at Zhang, but let officials know that her head wasn’t in the right place for it.

“Yeah, and I think everybody else felt the same way, too,” Namajunas said on the UFC Unfiltered podcast when asked if she thought she could have been Zhang’s first challenger. “I was even offered Weili at the time, but I just—at the time I was still dealing with a lot of my own—just getting my head right, and I hired a mental coach that’s helping me do a lot of different things. There was a lot of work that needed to be done and I wasn’t ready for that just yet.

Namajunas credits her mental coach with helping her to develop specific drills and labor-intensive tasks and also with balancing her mental training on the side during her fight camp. She described her current mental fitness regime as being more “in-depth” than in the past.

There was also the matter of dealing with an internal nemesis of Namajunas’s own creation.

“I think you just forget to count your blessings and I’ve realized I just, you know—correcting lots of bad habits that I’ve created for myself,” Namajunas said. “Taking control over my own—I kind of dubbed her, my other negative character in my head, I named her ‘Neggynunas,’ so I’ve got to get her under control and be positive ‘Thug Rose.’”

In the immediate aftermath of the loss, Namajunas couldn’t help but dwell on the negatives. She had been faring well against Andrade before the fateful second-round slam and though she could take solace in her in-cage performance, there were external factors that she felt were getting away from her.

Namajunas believes she’s taken control of her situation now and she can look back on the Andrade fight with a brighter outlook now, especially given how much worse the consequences could have been.

“It was definitely one of my harder losses that I’ve dealt with,” Namajunas said. “I think the thing is, it was easier in the sense that I knew exactly all of the things that I did wrong. The harder part is taking responsibility for myself and maybe other situations around me that I couldn’t control could have been better. But I could have taken control over a lot more things in my life, and so ultimately taking that responsibility is the hardest part out of everything.”

“It’s a little harder to forgive myself just because of the repercussions and the consequences that could have happened,” she added. “At the same time, if I get to stuck in that, it’s like, well it didn’t, so therefore I shouldn’t live my life like as if it did happen.

“I shouldn’t be, ‘Oh man, I got dropped on my head, I could have been paralyzed.’ It’s like, ‘Well, I wasn’t paralyzed, so why should I be paralyzed in fear if it didn’t happen?’ I should just celebrate the fact that I’m walking around and it’s a miracle that I’m actually—my neck feels better than it’s ever felt in the past few years. Prior to that happening, I had a fracture in my neck, so it was hurting a lot, and after that, I felt great.”