PFL announces all six champions returning for 2020 season
This topic has been deleted. Only users with topic management privileges can see it.
F
F
fightgal Reply Quote 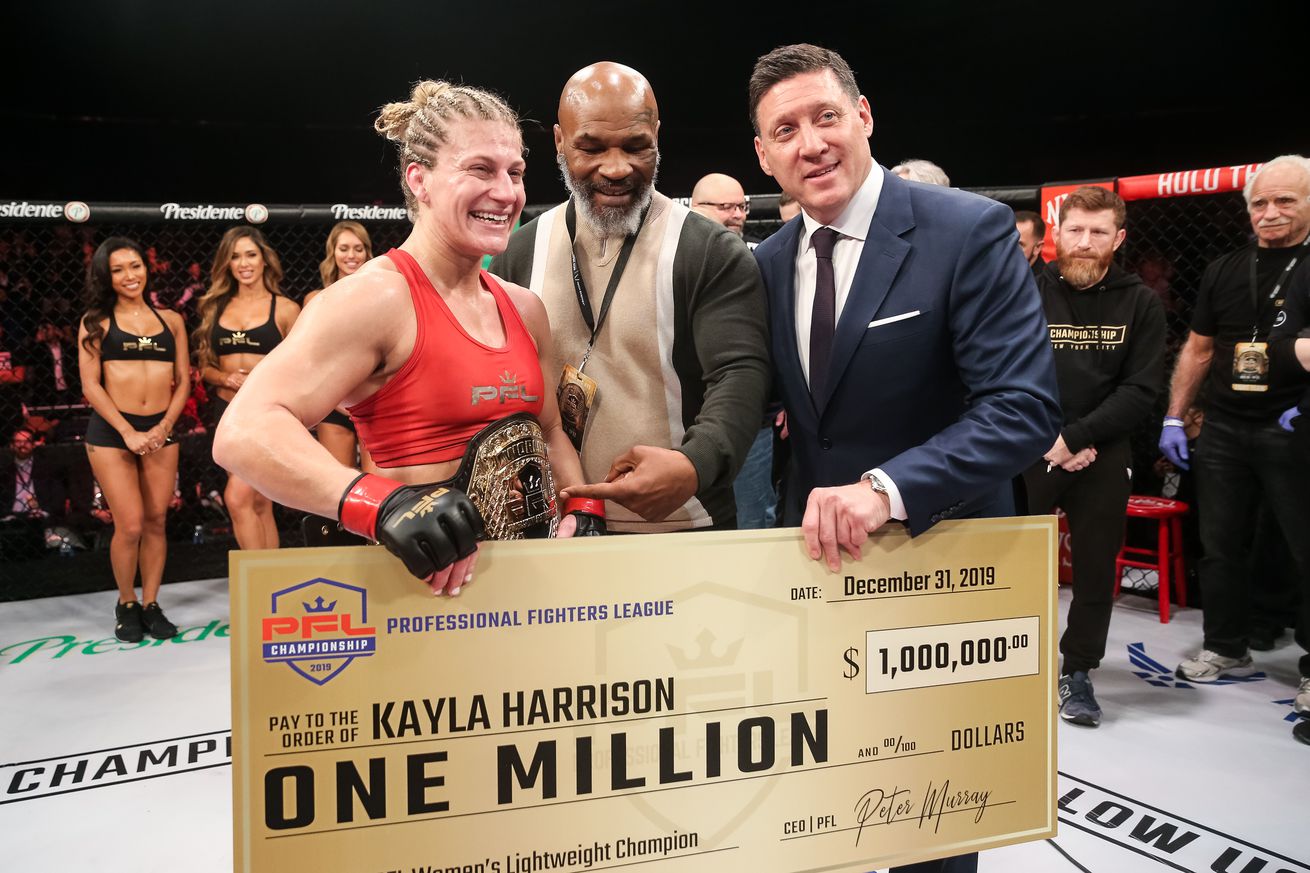 All six champions who competed in the PFL in 2019 will return to defend their crowns in 2020.

The promotion announced the news on Monday ahead of their upcoming season, which is expected to launch in the spring. Events will run all the way up to the finals in late December.

The six fighters — Kayla Harrison, Lance Palmer, Natan Schulte, Ray Cooper III, Emiliano Sordi and Ali Asaev — each took home $1 million in prize money after winning their respective weight classes a season ago. Both Palmer and Schulte were two-time champions after previously winning in 2018 as well.

“We are thrilled to welcome back our six champions, elite MMA fighters who have embraced the PFL’s season format and the transparency it brings to the sport,” PFL CEO Peter Murray said in a statement. “They earned their way through a regular season, fight twice in one-night playoffs and championship finale on New Year’s Eve, a challenging yet rewarding journey to the pinnacle of MMA.

“But to repeat in 2020, they’ll need to earn it again by battling a refreshed, elevated roster of next-level talent. Fighters from around the world are vying for spots in the PFL, and we look forward to unveiling new challengers on the road to PFL 2020.”

While the PFL has seen past champions return from the inaugural season in 2018, the promotion has worked to refresh the roster with new talent on a yearly basis.

One of the biggest additions this year is former Bellator champion Rory MacDonald, who inked a deal with the PFL after entering free agency. MacDonald will be competing in the welterweight division, where Cooper is currently the champ after winning the 2019 tournament.

Overall, the PFL has promised at least a 50 percent turnover in the roster heading into 2020, but the six champions from last year will all return in an attempt to capture another $1 million prize.