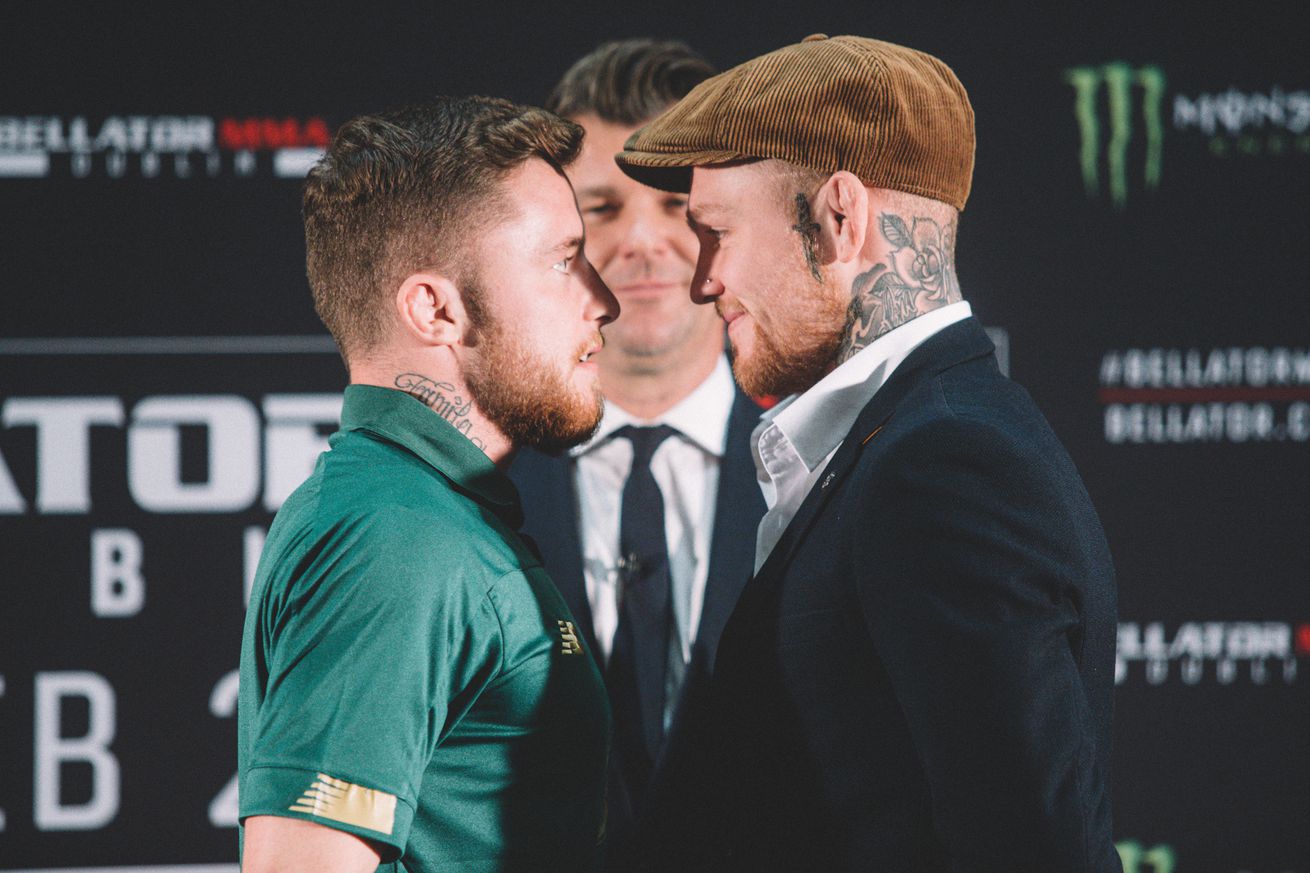 Although there seems to be more interest than ever in a fight between James Gallagher and Cal Ellenor ahead of their third scheduled bout in the main event of Bellator London on May 16, the Sunderland native still questions if the Irish bantamweight was really forced out of their second booking due to injury.

Gallagher took exception to Ellenor questioning his injury on a recent episode of MMA Fighting’s Eurobash podcast. Responding to the interview, this week on the podcast, the 8-2 British prospect outlined why he has some questions regarding his rival’s exit from the bill prior to Bellator Dublin.

“He said on your podcast that he couldn’t even lift his gym bag up, but then the day after he pulled out there’s a photo of him on his Instagram with his gym bag on his shoulder, so I thought that was a bit ridiculous,” Ellenor told Eurobash.

“And then, to see him parading about Bellator Dublin like a peacock on Saturday — jumping all over when the fights were on when he’s supposed to be fighting anyway and he’s pulled out with an injury.”

Ellenor also described how Gallagher exited the 3Arena on Saturday before they had an opportunity to face off before the Dublin crowd.

“What was also meant to be happening was, in between Charlie Ward and the main event, we were meant to be getting in the cage,” Ellenor revealed. “I felt, for someone who always goes on about his fans, it was a bit sh*tty that he didn’t get in there. We were supposed to do a little interview in there. Obviously, he was main event there, and he chose not to do that and left.

“I thought that was a bit sh*t, but aside from that, I just wanna fight him now. It’s just one of them things when you’ve thought about someone for that long, I just want to put the nail in the coffin.”

Asked if he stood by his skepticism regarding Gallagher’s injury, Ellenor referenced the Strabane fighter’s behavior during teammates Kiefer Crosbie’s bout against Ivan Furtado.

“If he’s genuinely injured, it is what it is, but to see him, I didn’t think he looked injured,” Ellenor said. “When we did our face off, it didn’t stop him putting his hands up. The day he pulled out he was doing selfie videos in his car, he looked fine.

“To see him jumping about when Kiefer Crosbie was fighting on Saturday night, that looked like a man who could fight to me. If you can jump about like an idiot, you can certainly have a fight. It looks like he’s blagging it.”

Despite two cancelled fights between them so far, Ellenor said that he can feel a sense of growing intrigue surrounding the contest.

Check out Cal Ellenor’s appearance on this week’s Eurobash. It begins at 59:00.