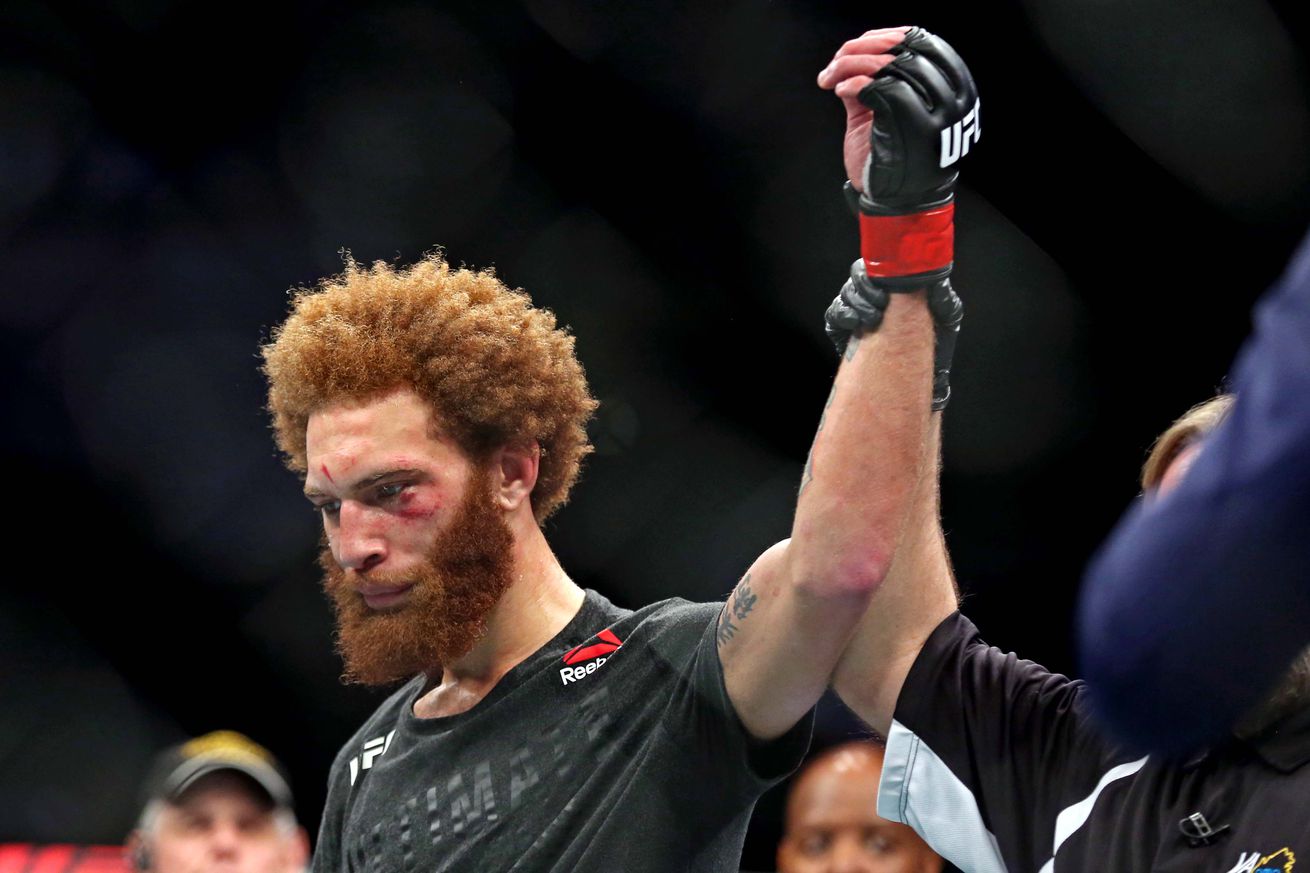 Pena met his biological father a few months before his octagon debut, but on Tuesday, they went to dinner along with his biological brother, whom he’d never met. Pena said it was “awkward,” but had a great time and vowed to be a good role model for his sibling.

If there was any residual awkwardness, it was wiped away after Pena’s impressive win over a game Garcia. Pena and his brother embraced cageside.

Afterward, Pena told reporters the interactions only increased his desire to be the best human being possible. Here’s his backstage interview courtesy of Cageside Press.

“I’m sitting there staged up, and I look up, and I see my dad and see my little brother, and they’re here,” he said. “It’s time to put on that show. My brother even texted me. He’s like, ‘No matter what happens, I still love you. But worse comes to worse, I’ll grab the Timbs. You come from the streets, you know what that means. When you grab the Timbs, it’s like you’re grabbing the black Air Force Ones, you know what I’m saying?”

Pena emerges from Norfolk not only on the right side of the win column, but hopefully with a lifelong bond. So, a lot can change on fight week.