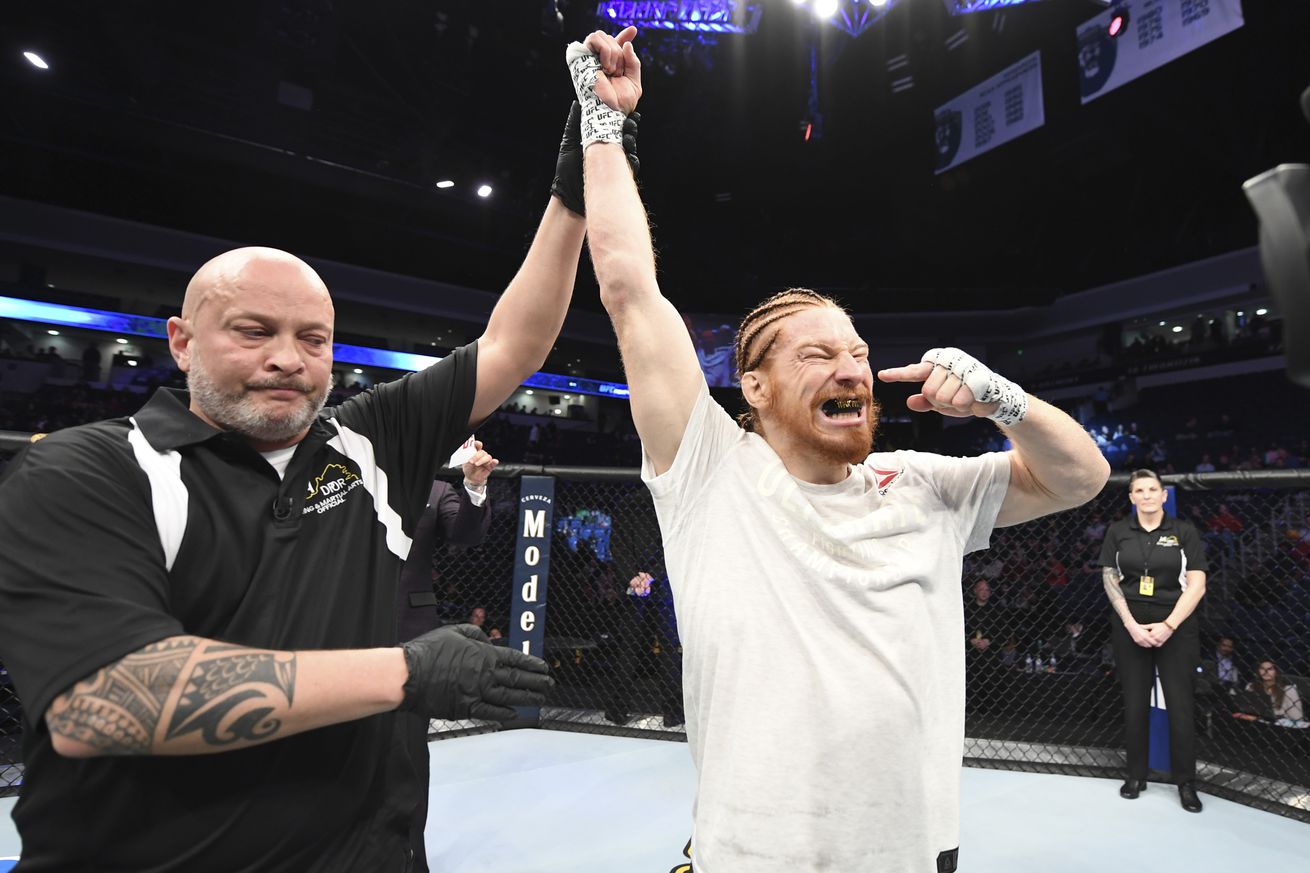 “The Alpha Ginger” Spike Carlyle made quite the impression in his first octagon bout.

Carlyle steamrolled fellow newcomer Aalon Cruz in the second preliminary-card bout of the night, earning a TKO at the 1:25 mark of the opening frame. But he also briefly faced questions about the legality of a strike that set the end in motion.

A head kick rocked Cruz early, leading to a clinch where Carlyle used a sideways elbow that appeared close to the area that’s considered back of the head. Carlyle pounced and reigned down strikes until the referee stepped in to stop the bout.

Check out the finish.

ALPHA GINGER! What a debut for Spike Carlyle! #UFCNorfolk pic.twitter.com/hbWeR7z3PC

“Either way, he got the job done,” Bisping said.