Manager: Deiveson Figueiredo had to stop cutting weight after feeling ‘cramps’
This topic has been deleted. Only users with topic management privileges can see it.
F
F
fightgal Reply Quote 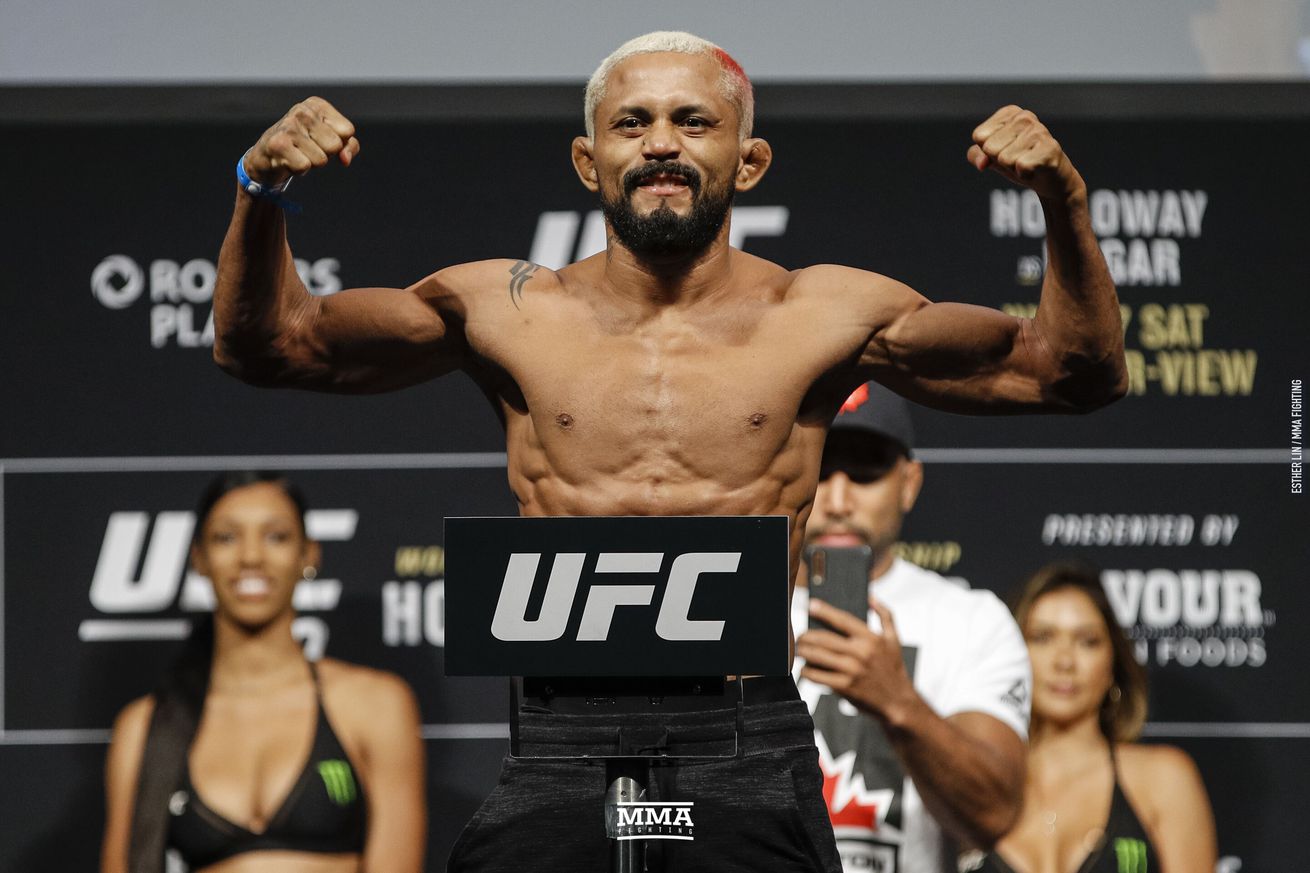 Deiveson Figueiredo will no longer be eligible to win the UFC flyweight championship against Joseph Benavidez in Norfolk after missing weight by 2.5 pounds, but remains focused on Saturday night’s fight.

Speaking with MMA Fighting after the official weigh-ins, Figueiredo’s longtime manager Wallid Ismail offered an explanation as to why “Deus das Guerra” came in overweight ahead of the biggest fight of his career when his body stopped sweating.

“He has a nutritionist, Dr. Lia (Correia), and he told her how he was feeling, nausea, a problem in his belly, like cramps,” Ismail said, “And they came to a conclusion that he couldn’t continue cutting weight.

“But I have to make one thing clear, this guy never missed weight, he always made weight for every UFC fight, and now this happened. He will fight stronger than ever tomorrow to show everybody he deserves to be where he is.

“In his own words, it’s going to be a war tomorrow.”

In fact, Figueiredo made weight for every one of his previous seven UFC appearances, but only hit the 125-pound target once in 2017, when he fought John Moraga in Belem, where he trains in Brazil. “Deus da Guerra” came in at 125.5 or 126 pounds for the other fights, which wouldn’t be enough for a title fight.

Figueiredo had to forfeit 30 percent of his purse, and only Benavidez can win the vacant title Saturday night.

Ismail later provided a full statement on the situation.

"Deiveson Figueiredo was in preparation for the fight with his team, accompanied by a doctor, nutritionist, physiologist, physical trainer and coaches. The weight cut was done appropriately, but he fell ill this morning with a gastrointestinal problem. It was discussed with his doctor and, alongside his team, we chose to preserve the athlete and interrupt the weight cut and rehydrate, with the support of the UFC’s nutritionist. The decision, although difficult, as we were aware that it would not be possible to make weight after rehydration, was made both to preserve the athlete and honor the commitment to the promotion and the opponent."