Tito Ortiz win over Alberto El Patron reinstated by Texas commission after clearance of ‘potentially disqualifying substance’
This topic has been deleted. Only users with topic management privileges can see it.
F
F
fightgal Reply Quote 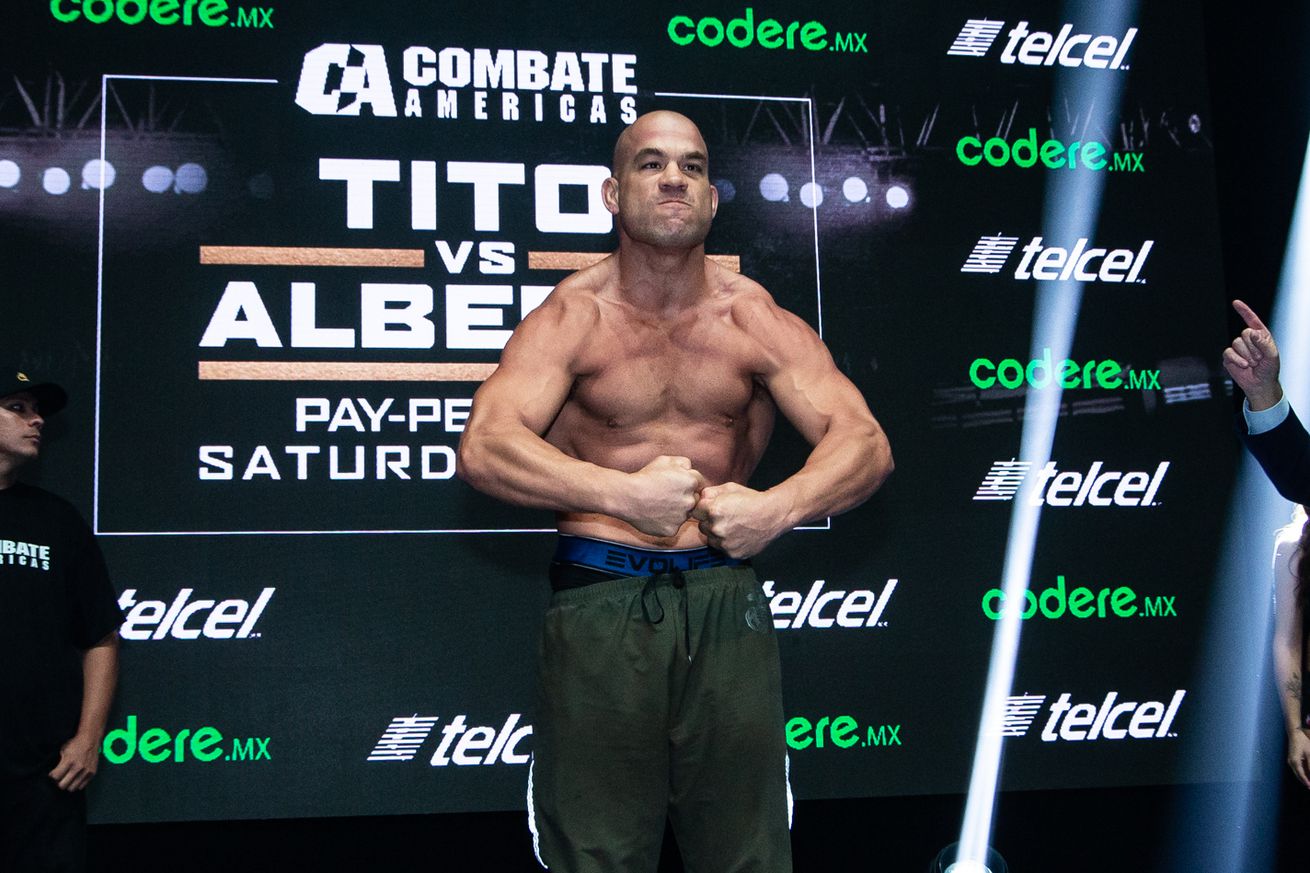 Put Tito Ortiz’s most recent win back up on the board.

Two days after it was reported that a bout between Ortiz and Alberto El Patron had been overturned to a “no decision” by the Texas Department of Licensing and Regulation, the commission has now changed course and reinstated Ortiz’s win.

According to the revised ruling, Ortiz submitted a urine sample for testing that contained a “potentially disqualifying substance,” which prompted the initial overturning of the bout result. The commission investigated the substance further and later confirmed Ortiz’s claim that the substance had been prescribed by a physician. No further details about the substance and Ortiz’s medical necessity were provided. According to a report on Thursday night from ESPN.com, the substance was not performance-enhancing.

A urine sample provided by Jacob “Tito” Christopher Ortiz on Dec. 7, 2019, at the Combate Americas MMA event showed a potentially disqualifying substance that Ortiz claimed was prescribed by a physician. Pending the outcome of the TDLR inquiry into whether the substance was indeed prescribed by a physician, TDLR marked the fight results as “No Contest.” TDLR confirmed with the physician that the item was prescribed to Ortiz. TDLR has reinstated Ortiz’s victory in the Dec. 7 bout.

On Wednesday, the commission did not initially provide an explanation for why the Ortiz-El Patron fight was changed to a no-decision. However, MMA Fighting was told by a TDLR spokesperson that the case was “pending further investigation.”

Shortly after his bout was overturned, Ortiz vowed that the ruling itself would be overturned, calling it “a BS claim.” This appears to be vindication for the 45-year-old Ortiz, who was a former UFC light heavyweight champion and a standout for Bellator MMA. His pro record now stands at 21-12-1.

“Noting to be said,” Ortiz wrote to MMA Fighting via text message when asked about the ruling. “The truth set me free. A mistake was made at the expense of my name. I want to thank my fans that trusted and believed in me.”