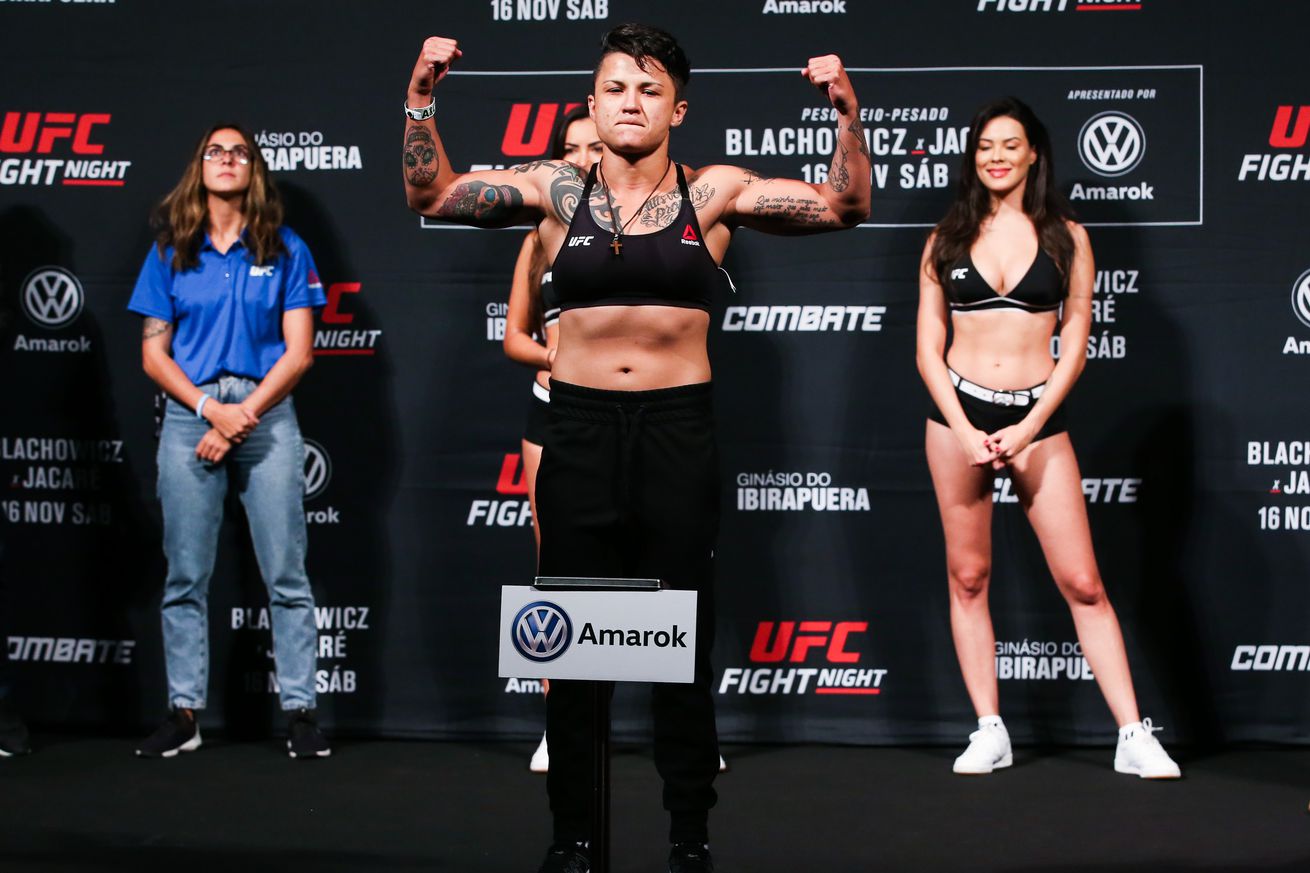 Flyweight competitor Isabela de Padua has been suspended for two years following a violation of the UFC’s anti-doping policy.

The United States Anti-Doping Agency (USADA) announced the news on Thursday after the Brazilian accepted her sanction following a failed drug test. De Padua has only competed in the UFC on one occasion, when she lost a decision to Ariane Lipski this past November.

“De Padua, 28, tested positive for 19-norandrosterone (19-NA), the main urinary metabolite of nandrolone (19-nortestosterone) and other 19-norsteroids following an in-competition test on November 16, 2019, where she lost by unanimous decision and an out-of-competition urine test conducted on December 19, 2019,” USADA officials wrote in a statement.

“In accordance with standard practice, the exogenous, or non-natural, origin of the 19-NA was further confirmed by sophisticated carbon isotope-ratio mass spectrometry analysis, which can reveal the presence of anabolic agents. In this case, the analysis result was consistent with the exogenous origin of 19-NA. 19-norsteroids, including nandrolone and its precursors, are non-Specified Substances in the class of Anabolic Agents and prohibited at all times under the UFC Anti-Doping Policy and UFC Prohibited List.”

Nandrolone is an anabolic steroid that has been attached to several high profile doping cases in the past, including former UFC champion Sean Sherk.

USADA officials added that athletes joining the UFC’s anti-doping program are required to disclose all medications and supplements they have used in the past 12 months. Athletes who declare prior use of a prohibited substance will not be charged with a violation of the anti-doping policy but may be required to remain out of competition for a period of six months while maintaining a clean testing history.

Unfortunately in De Padua’s case, she did not disclose the use of nandralone in any of her onboarding forms when joining the UFC roster, which means she wouldn’t have been eligible for a reduction in her sentence.

The date of her ineligibility began on Nov. 16, 2019 and CABMMA — the Brazilian athletic commission — will also abide by the sanctions handed down by USADA after De Padua competed under their juris diction in Sao Paulo, Brazil.

De Padua will be eligible to return after Nov. 16, 2021 after her suspension is lifted.