Fortunes changed for five at UFC Auckland
This topic has been deleted. Only users with topic management privileges can see it.
F
F
fightgal Reply Quote 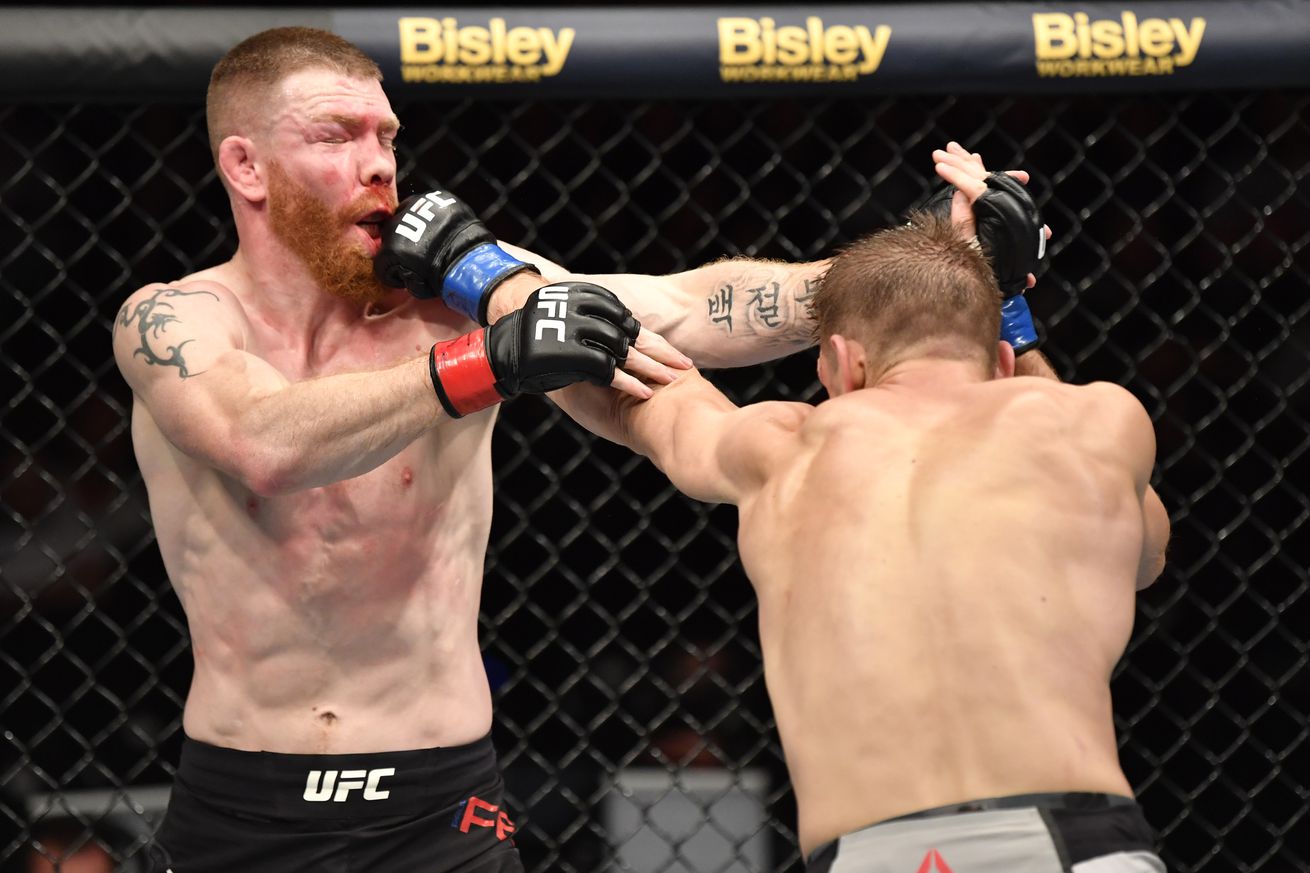 For the second time in three weeks, the main event of a UFC show ended with a controversial decision in a close fight.

Because it was an ESPN + show with Paul Felder facing Dan Hooker, and not a light heavyweight title fight with Jon Jones, there wasn’t the outrage or questioning the nature of the MMA scoring system this week.

Like with Jones vs. Dominic Reyes, it was a close fight could be reasonably argued either way. Perhaps the difference is that in Jones vs. Reyes, there was the 49-46 scorecard and it was a unanimous decision for Jones, who most seemed to feel lost the first three rounds.

With this fight, Felder had strong support, but there were close rounds and all three judges had it 48-47, two for Hooker and one for Felder. There was no unanimity in judging three of the five rounds. The only thing the three judges agreed on was Hooker won the first round and Felder won the fourth. And Hooker did have the edge in significant strikes landed in three of the five rounds, and the second round was even.

There are judging doctrines that are usually the case, and that is in close fights, the star or the hometown fighter has an edge. You can always point to the opposite at times, but that did hold in recent weeks. Jones was by far the bigger star. Hooker was the local favorite, born in Auckland, New Zealand, the site of Saturday’s show.

Media scores as tracked by MMA Decisions were 70.5 percent for Felder and 23.5 percent for Hooker, and with the exception of a 48-48 score, every media member had it 48-47 in one direction the other.

Felder, who looked the worse for wear when it was over, was in tears and talked of retiring. Since then his camp has downplayed that, and based on his performance, he didn’t look like a fighter who needed to retire.

But the loss came at a bad time in a deep division. It probably won’t hurt him significantly in booking, as he should still be viewed as a top ten fighter in a division where that ranking is significant. And both men should come out of this with name opponents next.

There still should be ways to fine-tune judging, even if the human element in close fights will always be part of the game. The only other option is a criteria points scoring system, like in amateur wrestling. And there are good and bad points to that, but it’s simply never going to happen in the foreseeable future because of the nature of commission regulation and how hard it is to change even minor aspects of scoring.

Let’s look at how Fortunes Changed for Five stars from Saturday.

DAN HOOKER - Being on the fortunate end of the decision gets Hooker (20-8) into a position where he’d be in the higher mix. He could next face either Justin Gaethje (21-2) or Dustin Poirier (25-6). With a win over either, that would put Hooker in the discussion for a championship fight, or at least a No. 1 contenders fight, in the follow-up.

PAUL FELDER - Provided he chooses to continue, he should next be matched with Diego Ferreira (17-2) or Anthony Pettis (22-10). Ferreira would be the higher ranked of the two, but a win over Pettis, being a former champion and bigger name, would be a fight that should Felder win, would benefit him more in the eyes of most fans.

JIMMY CRUTE - Crute (11-1), came out wrestling, scoring four takedowns in the first round before beating Michal Oleksiejczuk (14-4, 1 no contest) via submission with a Kimura. Crute immediately made it known he was looking for a rematch with Misha Cirkunov (15-5). Cirkunov submitted Crute in the first round to hand Crute his only loss. But Crute said he figured he needed one more win before he could get that fight. A good opponent would be Alekander Rakic (12-2).

YAN XIAONAN - Xionan, who came into the fight not ranked in the top 15, went to 5-0 in UFC competition when she injured the eye of former strawweight title contender Karolina Kowalkiewicz (12-6) to take a one-sided decision. Xiaonan should next face Nina Ansaroff (10-6).

KAI KARA-FRANCE - After a decision win over Tyson Nam, Kara-France (21-8, 1 no contest) moved to the No. 7 contender position in the UFC rankings at flyweight. He should next face either Askar Askarov (11-0-1) or Alex Perez (23-5). The top of the division will start to sort itself out over the next few weeks with the Joseph Benavidez vs. Deiveson Figueiredo fight for the vacant title on Saturday and Jussier Formiga (23-6) vs. Brandon Moreno (16-5-1) on March 14.