Mike Swick living his best life post retirement: ‘Fighting was never my end game’
This topic has been deleted. Only users with topic management privileges can see it.
F
F
fightgal Reply Quote 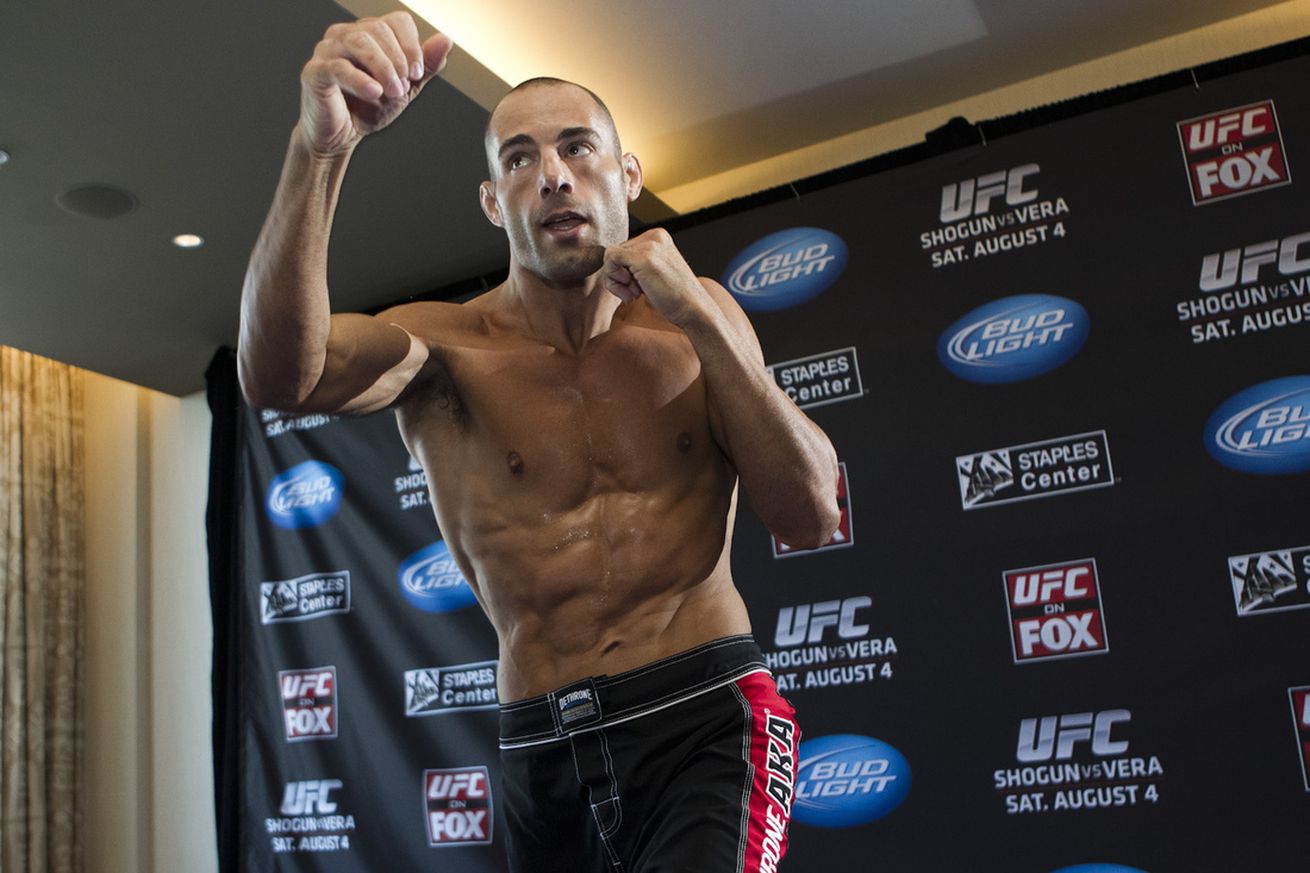 Mike Swick never intended for fighting to define his life.

The Ultimate Fighter season 1 cast member has dedicated himself to mixed martial arts for more than two decades but competing inside the UFC Octagon wasn’t supposed to be his grandest accomplishment.

In fact, Swick says he had long term plans for what he was going to do after fighting was finished long before he called it a career back in 2015.

“I never set out for fighting to be my end game,” Swick told MMA Fighting. “I broke things down at an early stage in my life. I realized that fighting is entertainment and entertainment is short-lived. You’re only going to be able to do it for so long and then you’re going to fall off and it’s going to get harder and harder to make money.

“So fighting was never my end game. It was a start. Unfortunately, I got sick and I wasn’t able to have the career that I wanted but I had enough bang to put together some businesses and make some money to open new businesses.”

Swick dealt with injuries and an esophageal spasm condition that derailed him for a huge part of his career. He was forced to the sidelines for more than two years between 2010 and 2012 and then again between 2012 and 2015.

As much as he wanted to keep competing, Swick knew that time was working against him forging ahead for another comeback but thankfully he had already planned ahead with a strategy once fighting was finished.

While he was still in the middle of his UFC career, Swick opened a print shop in San Jose, Calif., which had become his adopted hometown while training at the American Kickboxing Academy. There were plenty of ups and downs running that business but after his print shop finally flourished, Swick was able to sell it off and begin working towards his newest ambition - opening a state-of-the-art training facility in Thailand.

Swick spent 2013 building AKA Thailand, a spinoff from the main AKA facility in San Jose, but ultimately a gym made from his own designs. Seven years later, AKA Thailand has become one of the premiere training facilities in Southeast Asia and Swick couldn’t be happier with the results.

“My direction for business was passion and doing something I really passionate about,” Swick explained. “Something I would be happy doing and giving me the freedoms that I want as well. I went really big. Everybody has a gym. Everybody builds a gym but I wanted to build ‘the’ gym.

“I wanted to come over here and build one of the greatest gyms ever. The Hard Rock or Planet Hollywood of gyms. That cool factor. It is one of the largest in the world and we’re about to expand.”

According to Swick, part of his original plan for AKA Thailand was to build the gym as a destination location where fighters would seek to train there even if it meant flying halfway around the world to get there. But Swick’s strategy went much further than just putting together a fight team that would be a mirror image to all the gyms running in the United States.

Instead, his plan involved AKA Thailand catering to novice martial artists, celebrities, and even vacationers just looking for a fun place to train and learn, if only for a few days.

“I did create it as a destination,” Swick said. “There’s never been that cool factor, that ‘it’ factor with a gym and that’s what I wanted to build. I try to fill that void to create that cool destination. That cool experience.

“We have a great fight team with Manel Kape winning the title in RIZIN. But we’re also catering to all these different types of individuals who aren’t fighters.”

Swick lists celebrities like artist Damien Hirst and actress Gina Rodriguez as past visitors to the gym and just recently former UFC welterweight champion Tyron Woodley spent a few weeks there as he prepared for his upcoming fight against Leon Edwards at UFC London.

“[Tyron] came out here and did an amazing job,” Swick said. “He’s improved so much in such a short period of time. He was out here for three weeks. He was coming back, he just unfortunately couldn’t make it back out here due to circumstances. He was going to finish his camp with us before going to fight Leon Edwards but he just can’t get here right now.

“He’s going to finish his camp in Atlanta and go to London from there but he’s going to come back and start his next fight camp with us again.”

Next up for Swick and his gym is a massive expansion that he’s planning for this year that will see AKA Thailand grow exponentially from the 88,000 square foot facility that he initially opened.

“We have about 40 percent of the two acres undeveloped that we just excavated and I’ve designed a whole new facility that’s going to be AKA part two and it’s going to make AKA Thailand look basic,” Swick said. “It’s going to be something that’s never been done before. In a class of its own. Basically the last 10 years of my life building AKA Thailand and all the success that it’s had and the ratings and the foundation has been leading up to this point. This is the dream project that I’ve always wanted to do. This is where we take that thing to the next level.

“I don’t want to give a lot away because it’s never been done before. It’s unique. What I will say is I built AKA Thailand to be a dream gym. It’s the dream gym in my mind.”

In addition to running one of the top gyms in Asia, Swick is also crossing over into a new gig as a commentator for Absolute Muay Thai, a promotion that currently airs events on UFC Fight Pass.

Swick will make his debut this Thursday night for a card from Thailand and he’s excited to see how he measures up on the microphone.

“It’s going to be my debut commentating Muay Thai and it’s at Rajadamnern Stadium, which is one of the most famous combat sports stadiums in the world,” Swick said. “You’re talking about a country where fighting is like combining the NFL and the NBA and all of our sports into one sport and then having the major facility being Madison Square Garden. That’s close but not even comparable to what Rajadamnern is to Thailand.

“After coming here to train Muay Thai for the past 20 years and then doing this commentating on Fight Pass, it’s a dream come true.”

Many fighters have a hard time staying retired after calling it a career. It’s almost a commonality at this point that any mixed martial artist who retires is only one offer away from staging a comeback.

Swick might be one of those rare examples of a fighter who is more content now in retirement than when he was competing actively and he’s never looking back.

“Six months ago I turned 40 and I really am living my best life,” Swick said. “I’m loving every aspect of my career, my freedom, my network, my friends. It’s really come together for me from all those struggles getting there.

“For being an ex-fighter and now having a new career and business, this is definitely where I want to be.”