Dana White reacts to Nicco Montano’s latest fight cancellation: ‘This might not be the sport for her’
This topic has been deleted. Only users with topic management privileges can see it.
F
F
fightgal Reply Quote 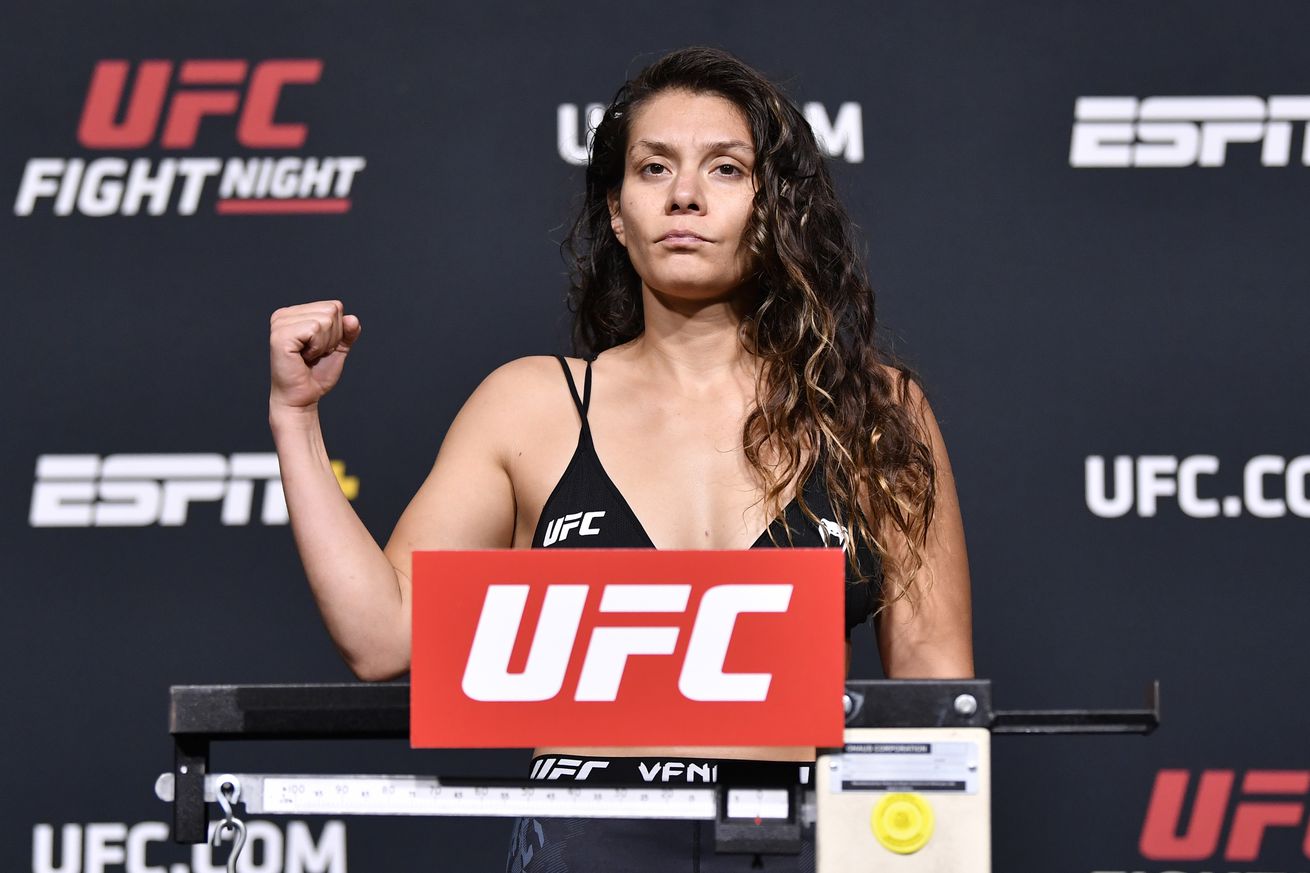 After weighing seven pounds over the limit for her most recently scheduled fight, Nicco Montano was removed from UFC Vegas 33, which was the fifth time in a row she’s been booked and yet unable to compete.

While a disastrous weight cut stopped Montano from competing this past weekend, she’s also suffered through injuries, a car accident, COVID-19 related cancellations as well as travel restrictions that prevented her from making it to a fight.

Of course, weight issues cost Montano her UFC flyweight title in 2017 after she was crowned as the first ever women’s champion at 125 pounds only to be stripped of the belt 10 months later. When she was just hours away from stepping on the scale for a fight against Valentina Shevchenko at UFC 228, Montano ended up in the hospital following a particularly brutal weight cut, which in turn cost her the title.

Since then, Montano has only competed one time in a unanimous decision loss to Julianna Pena in 2019.

This latest issue with Montano coming in seven pounds over for a bantamweight fight has UFC president Dana White questioning if her future should be in mixed martial arts.

“I don’t know off the top of my head but like over three or four of her fights have been cancelled,” White told UFC Arabia. “I think that no matter what weight class you put her at, she seems to have a hard time making weight. This might not be the sport for her.”

In a statement posted to her Instagram after her recent fight cancellation, Montano explained her process in the attempt to get down to the bantamweight limit before she eventually weighed 143 pounds.

“I have done this cut before but unfortunately it just didn’t work out this time around,” Montano wrote. “I think the most important thing for me to do is focus on getting my weight down healthily. Believe me, I didn’t want this to happen and did everything in my power to make sure it didn’t but sometimes life kicks you in the balls over and over and over. But I’m learning that it’s only making me stronger and more resilient for what’s to come.”

Montano had actually been working out of the UFC Performance Institute in preparation for her previously scheduled fight but it’s unclear if the team there was handling her weight cut. She had worked with the staff from the UFC Performance Institute in a past attempt to get down to flyweight, which was documented in a new film focused on Montano that’s due out on Friday and was also featured on the HBO series “Real Sports.”

White added that the UFC Performance Institute is definitely a tool for the fighters to use but it’s still ultimately their responsibility to make weight and decide where they will compete.

“These guys are in control of their own lives, their own careers, do their thing,” White said.

“They have the people there at the [UFC Performance Institute] to help them out if they don’t have their own people. But at the end of the day, it’s ultimately their decision. Look at Nicco and how many times it’s happened. Once that starts to happen, we get involved and say you know what, this isn’t working out.”