Jose Aldo voices support for Conor McGregor to return from leg break: ‘I never doubt the champions’
This topic has been deleted. Only users with topic management privileges can see it.
F
F
fightgal Reply Quote 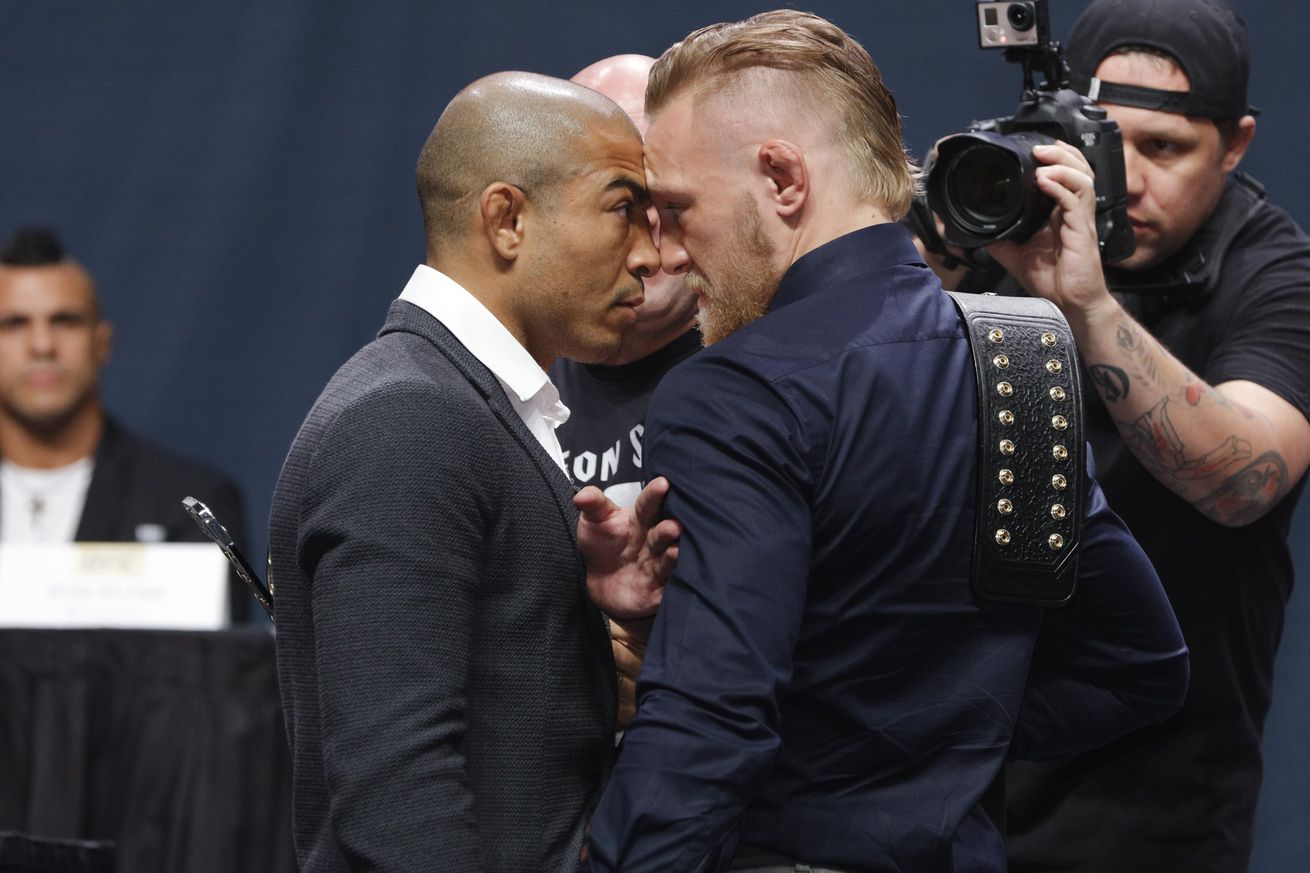 Jose Aldo and Conor McGregor headlined one of the biggest pay-per-views in UFC history in 2015. | Esther Lin, MMA Fighting

One of Conor McGregor biggest UFC rivals hopes "The Notorious" has a full recovery from his gruesome injury and manages to get back to the cage to resume his MMA career.

McGregor fractured his ankle in the final seconds of his trilogy bout with Dustin Poirier this past July at UFC 264. He underwent emergency surgery days later in the United States and has vowed to compete again in the sport — and former featherweight champion Jose Aldo, who McGregor memorably beat at UFC 194, believes the Irishman will be successful if his mind is in the right place.

“First of all, I’m upset with the injury,” Aldo told Ag. Fight. “It’s quite hard, we work with our body, we try to keep it healthy because that way we can always be working.

“I think he can [get back to fighting at a high level]. I never doubt the champions, the mind and willpower of the champions. He has dominating before and was the lightweight and featherweight champion. It’s all up to him. If he wants to come back at a high level, he can do it.”

UFC president Dana White has stated that McGregor “will be back in a year,” though McGregor’s exact timetable for a return is still unknown.

Nonetheless, Aldo, who returns to the octagon this weekend to face Pedro Munhoz in the co-main event of UFC 265 in Houston, was complimentary of his old rival’s performance against Poirier up until McGregor’s injury.

“The fight was going well especially because Conor forgot [his promotional] side and tried to be the fighter and win until that leg situation happened,” Aldo said. “But, man, I think it’s up to him [to return]. If he wants to come back again, he will work hard, abdicate from certain things to get there, dedicate himself and go back to the winning path.”