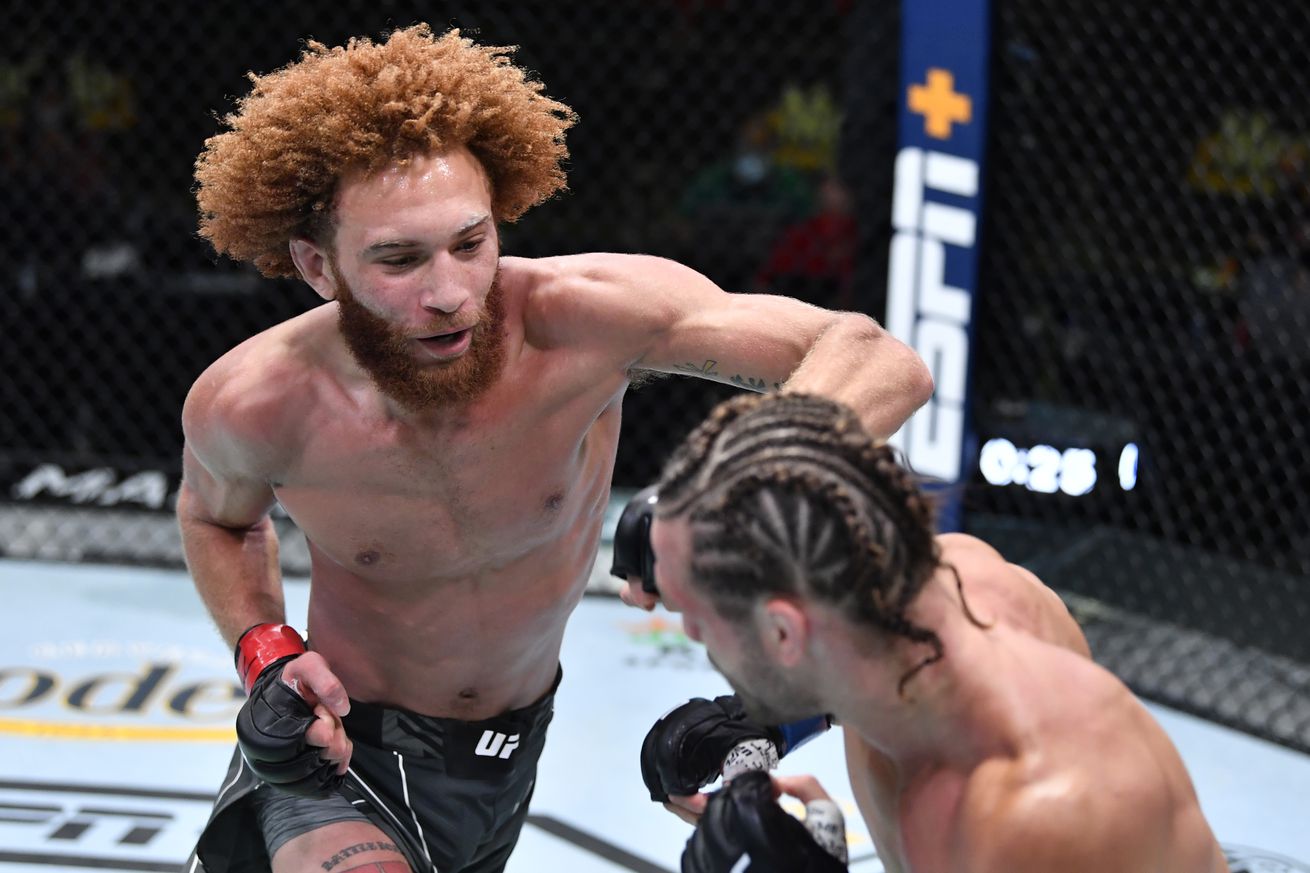 A trio of charges against UFC lightweight Luis Pena have been downgraded after the alleged victim – his then-girlfriend – decided not to move forward with the case.

Pena, 28, was facing potential felony charges of robbery by sudden snatching, battery and criminal mischief after an alleged altercation on June 14 with the woman where he grabbed her phone and destroyed it after accusing her of looking at other men on Instagram. He was arrested in Broward County (Fla.) June 18 on an extradition warrant issued in Palm Beach County (Fla.) and was in jail for nine days due before he was allowed to post bond.

Now, Pena is facing misdemeanor charges of simple battery and criminal mischief stemming from the alleged incident on June 14. He is also facing a separate charge of misdemeanor battery stemming from an alleged incident on May 22, but the woman has filed an affidavit in both cases with Palm Beach County (Fla.) court saying she does not want to press charges, according to online records.

Pena attorney Daniel Martinez said the fighter is doing “exceptionally well” and is “doing the right things” since his release on bond on June 27. He said “the ball is in state’s court” on the current charges, which he hopes will be dismissed in favor of a diversion program that could include anger management classes.

On May 22, the Ultimate Fighter 27 veteran was charged with domestic battery in Boca Raton, Fla., after he allegedly punched the woman with a closed fist, leaving her lip swollen, after they met at a park in her car to talk about their relationship, according to a probable cause affidavit obtained by MMA Fighting.

When Pena refused to exit the woman’s vehicle, she told police she opened the window and screamed for help. She then reversed the vehicle, struck a stop sign at low speed, and continued to drive down the street screaming for help.

A witness told police she saw the woman screaming and Pena grabbing the steering wheel as she drove, according to the affidavit. At an intersection, Pena exited the car and left the scene in his car. The police officer that responded to the call and took the woman’s statement and photographed her swollen lip. The woman denied medical attention.

A spokesperson for the state attorney’s office said Pena is due in court on Aug. 30 for the May 22 battery charge.

The UFC said Pena was grappling with substance abuse issues at the time of the second alleged incident. In a social media post written two days later, Pena said he was going through serious mental health issues and vowed to get help. He has yet to comment directly on his case but struck an upbeat note after his 28th birthday.

A no-contact order remains in place between Pena and the woman.

Thank you to everyone that wished me a happy birthday and that has reached out to me in the past week with their support and stuck by my side, it’s been a trying time in my life, but everything comes to an end sooner than later good or bad