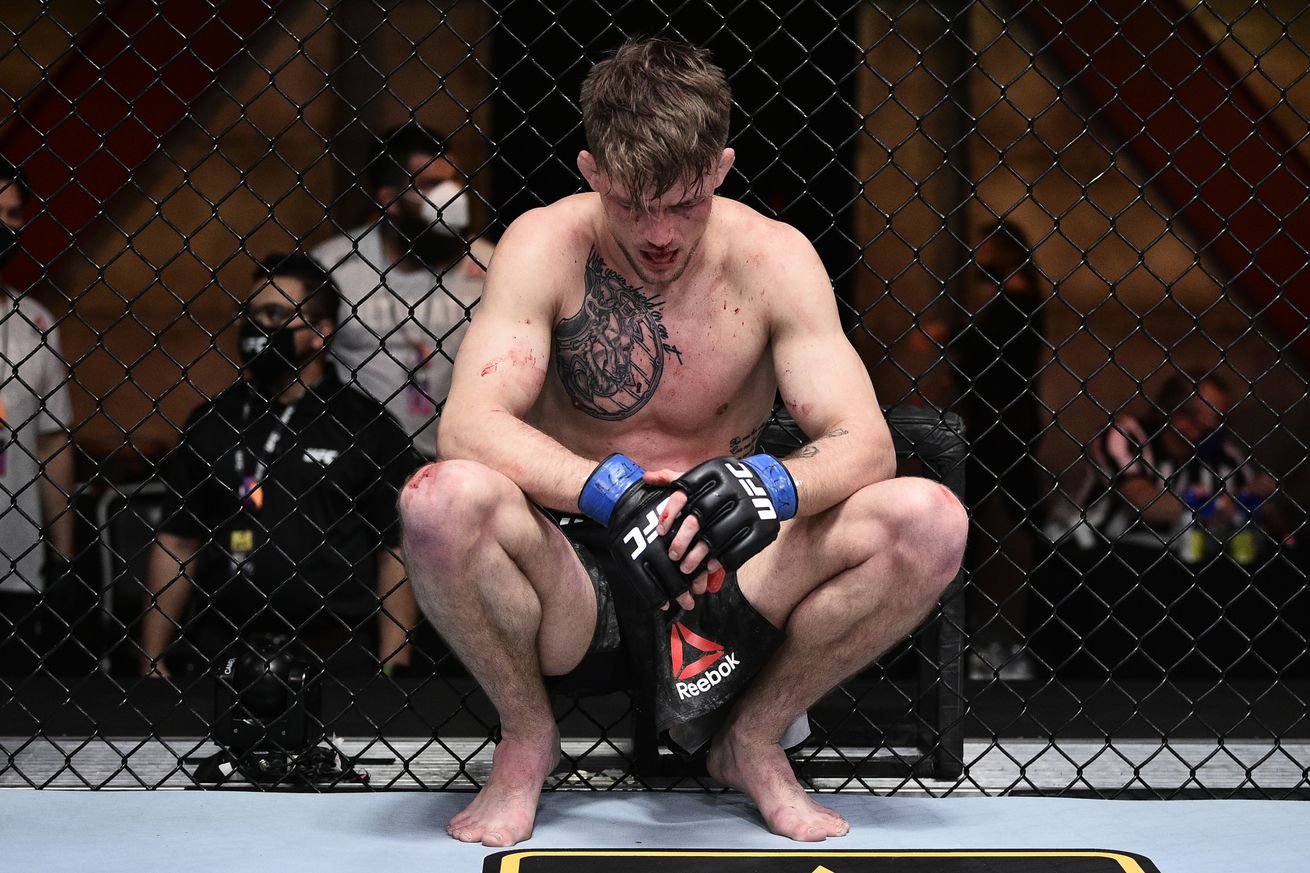 Most of the fighters Max Rohskopf knew gained weight when they stopped fighting. Slow that engine down, and it stopped burning all that fuel.

For Rohskopf, it was quite the opposite. He lost 15 pounds in the six months he “didn’t do a damn thing” after a disastrous UFC debut in which he quit on the stool and was released from contract.

Friends knew he wasn’t done. He was the guy who sweat for every improvement in technique, the guy who treated training like he was squeezing pennies out of a ClassPass, the guy who’d do 20 workouts a week unless coaches stopped him. Until he learned some of his teammates needed help training for fights, he didn’t know that he’d ever return to MMA.

Familiarity – and a good dose of boredom – brought the 26-year-old fighter back into the fold. At the time, he was scraping by coaching kids’ wrestling and offering private lessons to would-be fighters. When his training partners were booked for fights, it offered an incentive to work out on the regular.

Five months after he figured he could be “at the bare minimum, a good training partner,” he is making his comeback against Jeff Creighton at a Cage Warriors 126, which takes place tonight at Humphreys by the Bay in San Diego and airs on UFC Fight Pass. Rohskopf said it was as simple as calling his manager and asking for a fight.

Ask him why he’s doing this now, after all this controversy and upheaval, and he can’t answer definitively. It’s been more than 13 months since his loss to Hubbard turned his career upside down. The easiest answer is that fighting is what he knows.

There’s another answer that speaks more to Rohskopf’s character. Long before he stepped into the cage that night, he said, he was wounded in a way that went beyond the physical traumas that accompany this sport and a short-notice fight offer from the UFC. Growing up in an abusive household in Holmes County, Ohio, was the thing that made him want to fight back, and that feeling never went away.

It just so happened that all of those traumas worked against him that night, and the result played out in front of television cameras on the biggest platform in MMA. But there’s nothing he can do about that now.

One of these days, Rohskopf said, he’ll write about what happened to him before that fateful fight and about all the things he had to overcome just to get to the octagon. For now, he’ll try to use all of it like it should be used - for his benefit.

“I’ve probably gotta see a therapist from the sh*t that happened, and not just the UFC,” he jokes.

None of the team that was with him that night in the UFC APEX has left his side. He still places his faith in Robert Drysdale, the jiu-jitsu coach that was widely criticized for trying to talk him out of his decision on the stool. If anything, they’ve grown closer. There was a fight camp for his Cage Warriors date instead of a bunch of training sessions strung together.

“It’s nice having people tell me what to do, when to do it,” Rohskopf said.

In its own way, coaching kids’ wrestling might also bring new perspective. When he steps onto the mats with young grapplers, there’s none of the pressure that accompanies later life. There’s just a lot of drills and a lot of yelling.

“These kids are 6 to 10 years away from wrestling actually mattering,’ he said, his voice still hoarse from a recent practice. ”No one gives a crap about a national title at 10 years old.”

Not giving a crap is a good goal to have, even if it’s pretty unrealistic for a cage fight.

“I don’t want to say I don’t give a f*ck, because I give a f*ck, but at the end of the day, it’s still a sport,” Rohskopf said. “I don’t feel like it defines me as a person. I still treat people the right way and try to be the best person I can be, no matter what I’m doing.”