Goiti Yamauchi ignores distractions as he aims to fight for Bellator belt ‘in less than a year’
This topic has been deleted. Only users with topic management privileges can see it.
F
F
fightgal Reply Quote 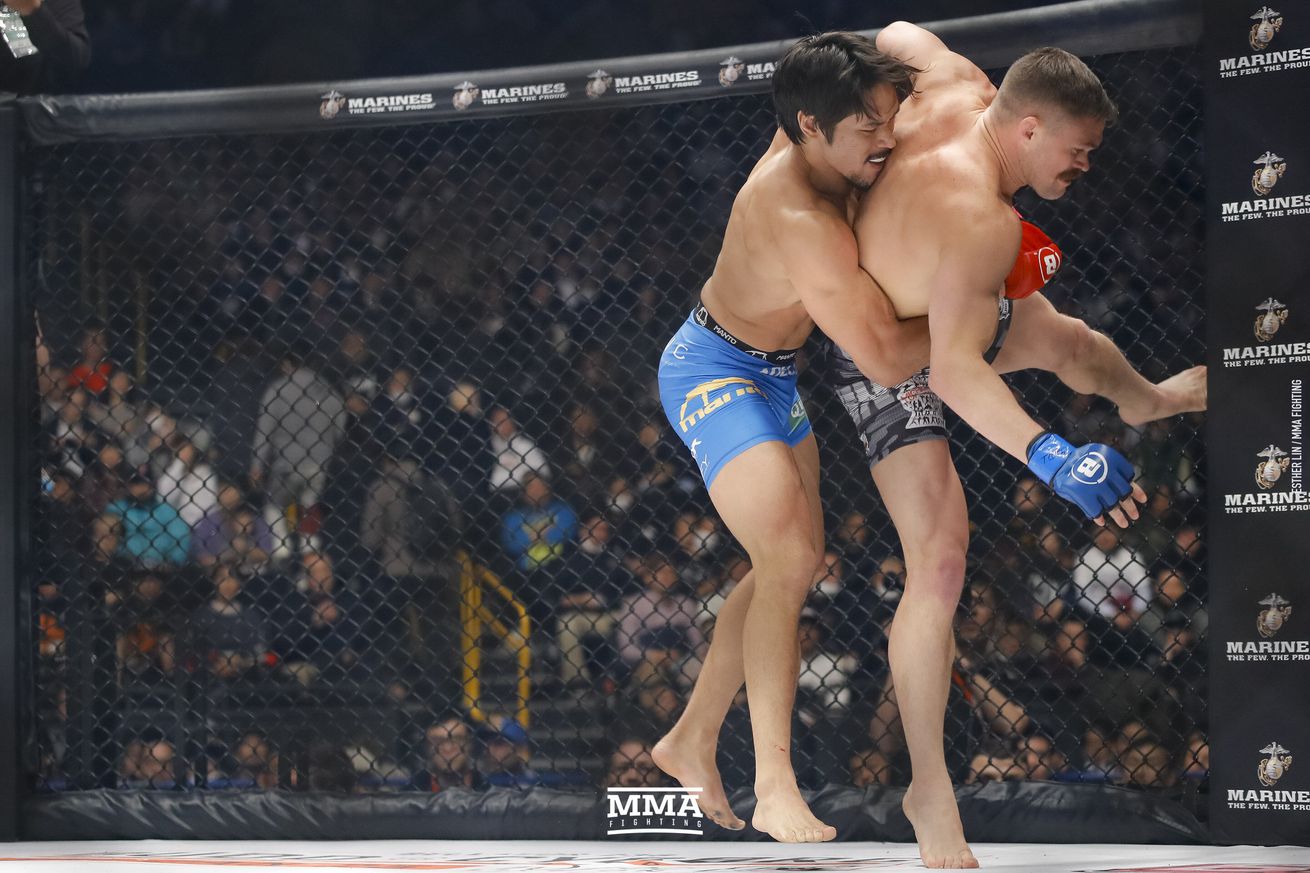 Goiti Yamauchi’s previous time in the Bellator cage was a night to forget. Now, the Brazilian lightweight brings a new mindset to the table as he faces Chris Gonzalez on Saturday at Bellator 263.

Yamauchi’s hiccups started in December 2019, when he missed weight prior to a submission win over Daron Cruickshank in Japan. He again came in overweight for a fight with Nate Andrews one year later, but this time the bout was cancelled. Four months later, Yamauchi had his winning streak snapped by Dan Moret via split decision.

The longtime Bellator veteran told MMA Fighting ahead of Bellator 263 that this camp was “way better than last time” because “I didn’t have internal and external distractions,” referring to his weight cutting mishaps and an ACL tear that affected his ability to train and perform at his best.

“I was coming off that terrible experience in my career and in my life of not only missing weight but feeling powerless that week,” Yamauchi said. “I couldn’t do much, and that has left remnants in my body, in my head. It was a very bad experience. I got very sick after that and had some personal problems.

“But now I thank the fact I went through all that. Maybe that was one of the most difficult moments in my life, but I thank them because I came out stronger. As Nietzsche once said, that which does not kill us makes us stronger. I’m super happy and excited to be back. My opponent is great for me, too. I’m anxious to go there and fight and beat Chris Gonzalez.”

Gonzalez is 6-0 as a professional with a five Bellator wins, capped off by a third-round stoppage over longtime MMA veteran Roger Huerta. For Yamauchi, who holds victories over the likes of Saad Awad, Daniel Weichel and Ryan Couture, the fact he’s coming off a defeat means nothing.

“Losing sucks, let’s be honest, but I don’t have that type of pressure, especially because I have a different impression of my last fight,” he said. “I don’t think like that, that I have to change that last impression. It happened as it had to and now I’ll focus and concentrate on my next opponent and give my best. I know that I’ll beat him when I give my best.”

Yamauchi admits he doesn’t know all the specifics about Gonzalez’s game and how he reacts under pressure given the fact he only has six professional bouts and no defeats. But that’s also a positive since “he’s the one who has to be worried.”

“I’ll either submit him in the first or knock him out in the second,” Yamauchi said. “That’s my feeling, that’s an insight I had based on what I could see of him. I’ll use my experience in my favor.”

A win over Gonzalez will boost Yamauchi to 12-4 under the Bellator banner and allow him to move one step closer to the top of a confusing lightweight division. With the 155-pound belt held hostage since Patricio Pitbull’s win over Michael Chandler in 2019, and no clear definition of what the future holds for the weight class, Yamauchi wants to make the most of his opportunity at The Forum in Inglewood, Calif.

“I want to fight someone ranked above me in the ranking [after Bellator 263] so it projects me to a title future in the future,” Yamauchi said. “Patience, of course, but I’m in the race. I want to be fighting for the title in less than a year.”