Urijah Faber: ‘I know a lot more stuff than most people do’ about T.J. Dillashaw’s ‘cheating’
This topic has been deleted. Only users with topic management privileges can see it.
F
F
fightgal Reply Quote 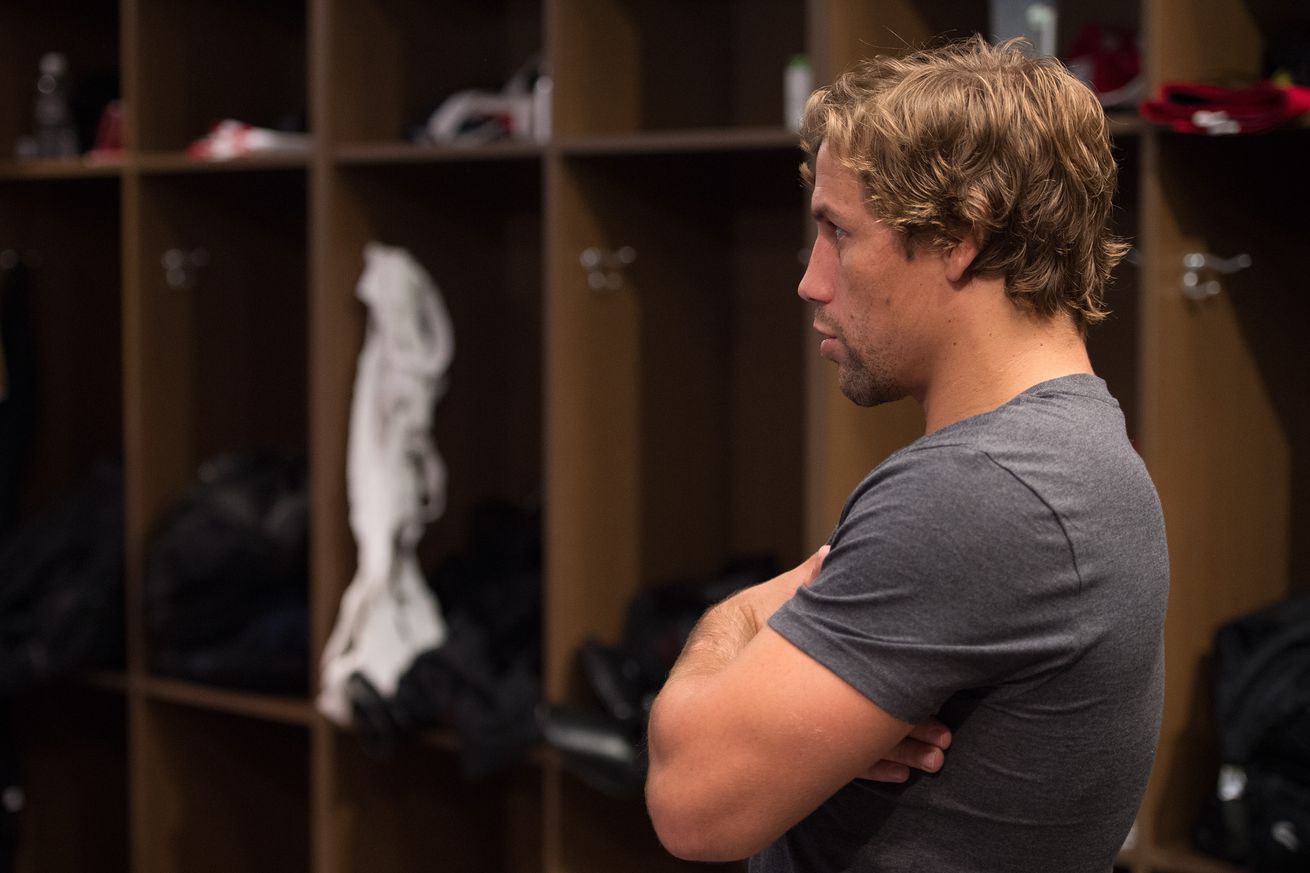 Urijah Faber was certainly a fan of the UFC Vegas 32 headliner between T.J. Dillashaw and Cory Sandhagen, but there’s certainly no love lost between Faber and Dillashaw.

Dillashaw defeated Sandhagen via split decision in Saturday’s five-round bantamweight headliner in a clear “Fight of the Year” contender. Faber, a former teammate of Dillashaw at Team Alpha Male, was impressed with the fight itself. But when it came to assessing Dillashaw’s first fight since his two-year anti-doping suspension, he felt there wasn’t much evolution in Dillashaw’s overall game.

“He looked like the same guy,” Faber explained in a recent interview with Submission Radio. “I mean, look, in the aftermath of having the guy on the team and then leaving the team and me always being dark on everything, I know a lot more stuff than most people do about the whole situation. But the one thing I can say is, the reason he’s cheating is because he’s a competitor. Like, not a fair competitor. He’s a cheap-shot guy. He’s a, you know, whatever it is. But the guy’s whole intent and focus is to win. And if someone’s a cheater because they don’t believe in themselves, that’s one thing. But if somebody does an actual assessment of what they need to gain. Whether it be conditioning or strength or whatnot, and then cheat because of that, there’s a big difference.

“One is a mental weakness, and the other one is being a crafty cheat. You now, to gain financial and fame and whatever else. And he was able to do that. And the layoff, I think he used the time well and came back with, the same guy he always has [been], as an older guy who put on some size and whatever else he’s been doing throughout the years. He’s a bigger than he was when he started in the sport, and I think it plays to his favor. And he’s always a competitor. I mean, that’s a legit champion mentality guy when it comes to competing.”

When asked to elaborate on what he meant about knowing more than most when it came to Dillashaw’s past drug use, Faber admits he never saw anything out of the ordinary, but was told by others who would be in the know.

“TJ’s pretty close with a lot of guys on the team, and I’ve just heard in the years after he’d been gone what had been going down and what not,” Faber stated. “I was never privy to anything. All I can say is, he got caught for EPO, whatever it was. That’s all there’s proof of and I’ll just leave it at that.

“He knows. His family knows. Everybody knows what he was doing. It’s not my business to put anything out there. Other people have gone out and said stuff about whether he was or wasn’t. I know that he came to my team as a lifetime athlete who wrestled since he was a little kid and wrestled in college and worked out really, really hard and couldn’t bust 143 pounds, and he was complaining about it.”

Dillashaw, via his rep Tiki Ghosn, did not immediately respond to a request for comment.

The suspension stemmed from Dillashaw’s move to 125 to challenge Henry Cejudo for the UFC flyweight title at UFC on ESPN+ 1 in January 2019. Cejudo stopped the then-bantamweight champion in just 32 seconds before the positive test was made public. Dillashaw would admit fault and relinquish the bantamweight title, which Cejudo eventually captured with a third-round TKO of Marlon Moraes at UFC 238 in June 2019.

Questions have since been raised about whether or not Dillashaw’s PED use went beyond the move to flyweight and his quest for a second world title. Faber, who had multiple fighters compete on this past Saturday’s fight card, was asked about Dillashaw’s past success and whether things would’ve been different had he not been caught by USADA.

“I’ve never done any of that stuff, so I don’t really know what the big difference is, Faber said. “But from what I understand, there’s big advantages. Now, I’m a guy that believes anything’s possible, and I preach that to my guys and I preached that to him while he was on our team. I believed he could’ve been a world champion from the get-go, and I told him that.

“I’ve told Cody [Garbrandt] that, I’ve told Song Yadong. So, could he have done it? Yeah. I mean, there’s people all over the world that become the best in the world without cheating. Now, are the odds stacked in your favor if you’re being unfair and fill in the blanks and your natural gifts that you do not have? Obviously that stacks things in your favor. But at the end of the day, the mind is the empowering and the most important thing in this sport, especially in combat sport. And my fighters who fought this last weekend, Raulian [Paiva], Maycee [Barber] and Darren Elkins were a testament to that. Like, the mentality side is the big thing, and TJ’s always had that.”