Cheick Kongo vs. Sergei Kharitonov headlines Bellator 265 on Aug. 20 in South Dakota
This topic has been deleted. Only users with topic management privileges can see it.
F
F
fightgal Reply Quote 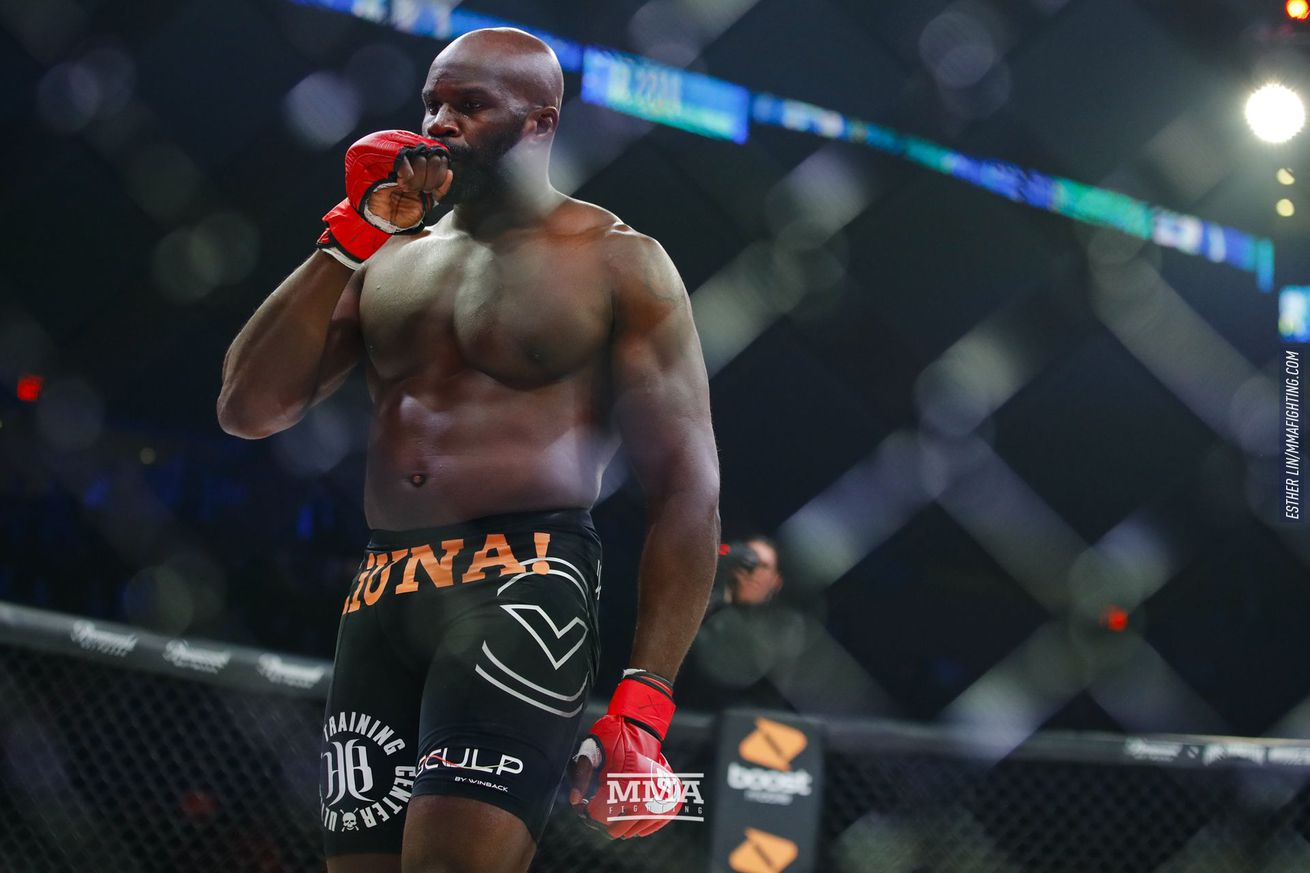 Heavyweight veterans Cheick Kongo and Sergei Kharitonov will square off in the main event at the upcoming Bellator 265 card scheduled on Aug. 20 in Sioux Falls, South Dakota.

Promotion officials confirmed the pairing to MMA Fighting on Tuesday.

Competing for the first time in 2021, the 46-year-old Kongo will return to action after falling to Tim Johnson in a heavyweight title eliminator last October. Prior to that setback, Kongo had put together a 8-0 record with one no contest after he was unable to continue in his fight against Ryan Bader in 2019 due to an accidental eye poke.

Now the French heavyweight will look to get back in the win column while facing off with another veteran in Kharitonov, who will make his return to Bellator for the first time in nearly two years.

Kharitonov has previously fought in promotions such as PRIDE Fighting Championships, DREAM, and Strikefoce — and now he’ll look to earn his third win in a row overall when he faces Kongo in August. The Russian heavyweight has finished his past two fights by knockout after falling to Linton Vassell in his last Bellator appearance in 2019.

Flyweights Alejandra Lara and DeAnna Bennett are also scheduled to meet on the Bellator 265 card. South Dakota’s own Logan Storley, who will seek to bounce back following the only loss of his career in a razor-close split decision to current welterweight champion Yaroslav Amosov, is expected to compete at Bellator 265 as well, against an opponent still to be determined.