Rodolfo Vieira says psychologist made him watch UFC submission loss over and over again
This topic has been deleted. Only users with topic management privileges can see it.
F
F
fightgal Reply Quote 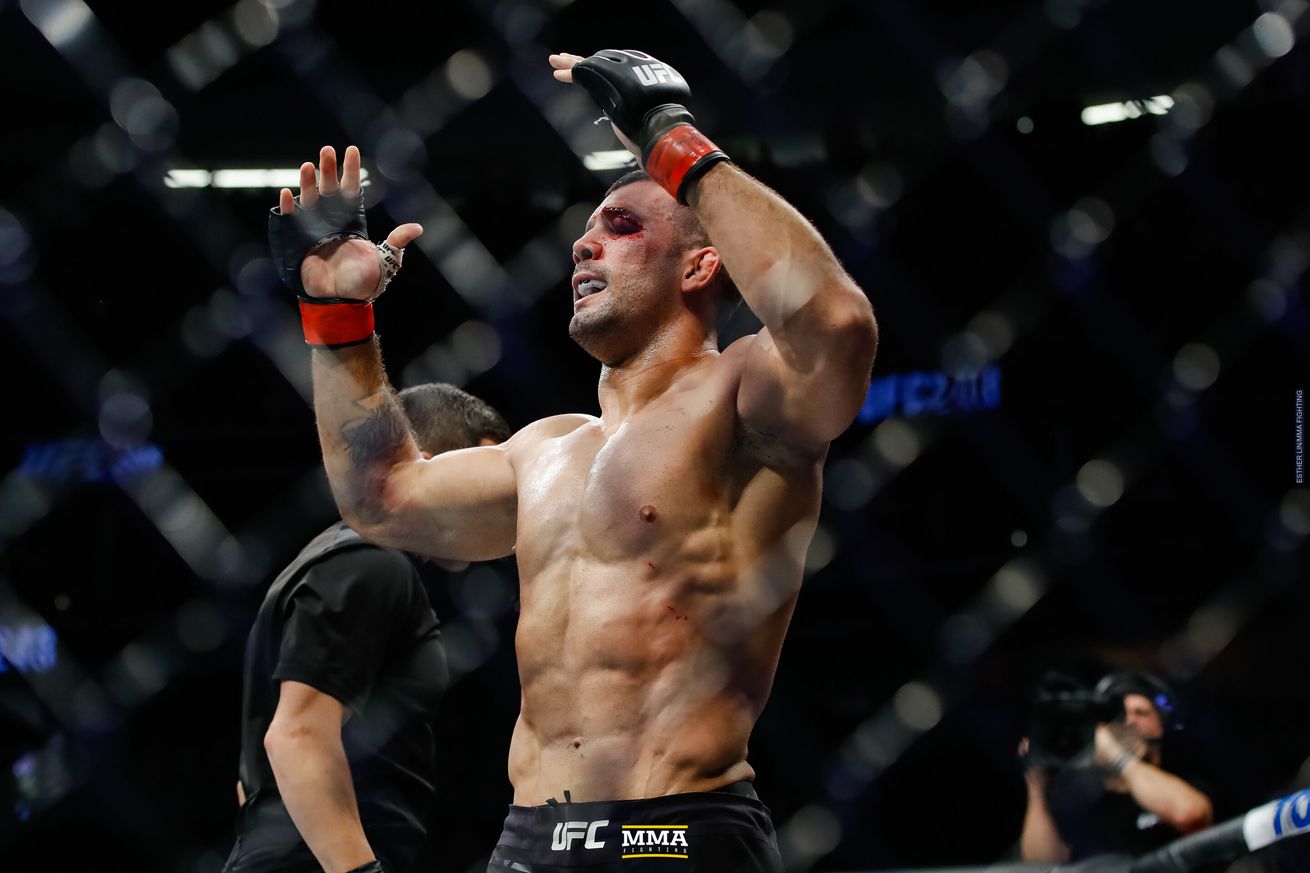 Days after suffering the first loss of his MMA career at UFC 258, Rodolfo Vieira called the February setback the “worst day of my life.”

But in hindsight, Vieira has changed the way he sees his submission defeat to Anthony Hernandez.

Vieira’s loss was only the second time in UFC history that an ADCC champion was forced to tap inside the octagon, and that was far from an easy experience for the jiu-jitsu legend, who had only been finished twice in grappling matches. But Vieira said he has grown from his defeat ahead of his next octagon appearance, a middleweight clash with Dustin Stoltzfus at Saturday night’s UFC Vegas 31.

“I’ve learned so much from that loss. I was sad for a few days, but then there was no reason why I would continue sad, victimizing myself, thinking about the loss and acting that way.”

His process of self-awareness required time and professional help, Vieira said. The Brazilian middleweight didn’t like watching the defeat, but his psychologist forced him to watch it over and over again.

“Every time I watched it, it felt like I was feeling everything again, feeling the strikes and not able to defend myself,” Vieira said. “But he insisted on it — ‘Rodolfo, you have to watch it.’ I kept watching it and felt better. But, man, getting beat up the way I did on the feet was worse than the submission. A submission, someone locks a position, you tap and it’s over. Being exhausted the way I was, which was more mental than physical, and getting beat up like I did, that was way worse. That’s more aggressive to your body, but even that was good.

“I won’t think like I used to before, that I would go down with a jab. ... We have to have conscience that everything happens for a reason and a purpose, and when something bad happens to us we have to embrace it and deal with it. I’ve embraced that loss and said, ‘Thank you for happening when it happened, right when I’m still on my way up.’ I did everything different this time, man. My head is fine, I’m way more conscious now. I might lose the fight, of course, but I won’t lose making the same mistakes I did last time.”

Vieira took a short break with his family in Brazil right after the loss, and returned to Florida to resume training looking at his return to the octagon. Vieira has enlisted karate specialist Mano Santana as his new head coach after meeting him during a training session with Lyoto Machida, and is curious to put it all at test at UFC Vegas 31.

“I’m anxious to see how it’s going down Saturday,” Vieira said. “I’ll be able to say how good it was, in terms of fighting, after the fight. But as for my personal life, I’ve had a huge improvement at home and the way I act, in several other occasions. I’m a more serious and focused man now.”

Vieira’s opponent, Stoltzfus, will be standing across the octagon at the UFC APEX looking for his first UFC victory after losing a decision to Kyle Daukaus in his promotional debut in November 2020. The 29-year-old middleweight is 13-2 as a professional with five submissions, including a rare twister finish on the German regional circuit.

Yet Vieira likes the matchup.

“I think my style matches up well with his,” Vieira said. “He’s tough and does a bit of everything but [focuses] more on jiu-jitsu, he has more submissions. It will be a good fight, man. It will be a fight to bring me back up. I just want to go there and don’t fight anxious, stay calm and alert and do what I’ve trained. Just give my best, man. That’s all I want, and that’s my strategy. The first opening he gives, I’ll go for the submission or the knockout.”