Kickboxing champ Denise Kielholtz had path to Bellator 262 title fight all mapped out
This topic has been deleted. Only users with topic management privileges can see it.
F
F
fightgal Reply Quote 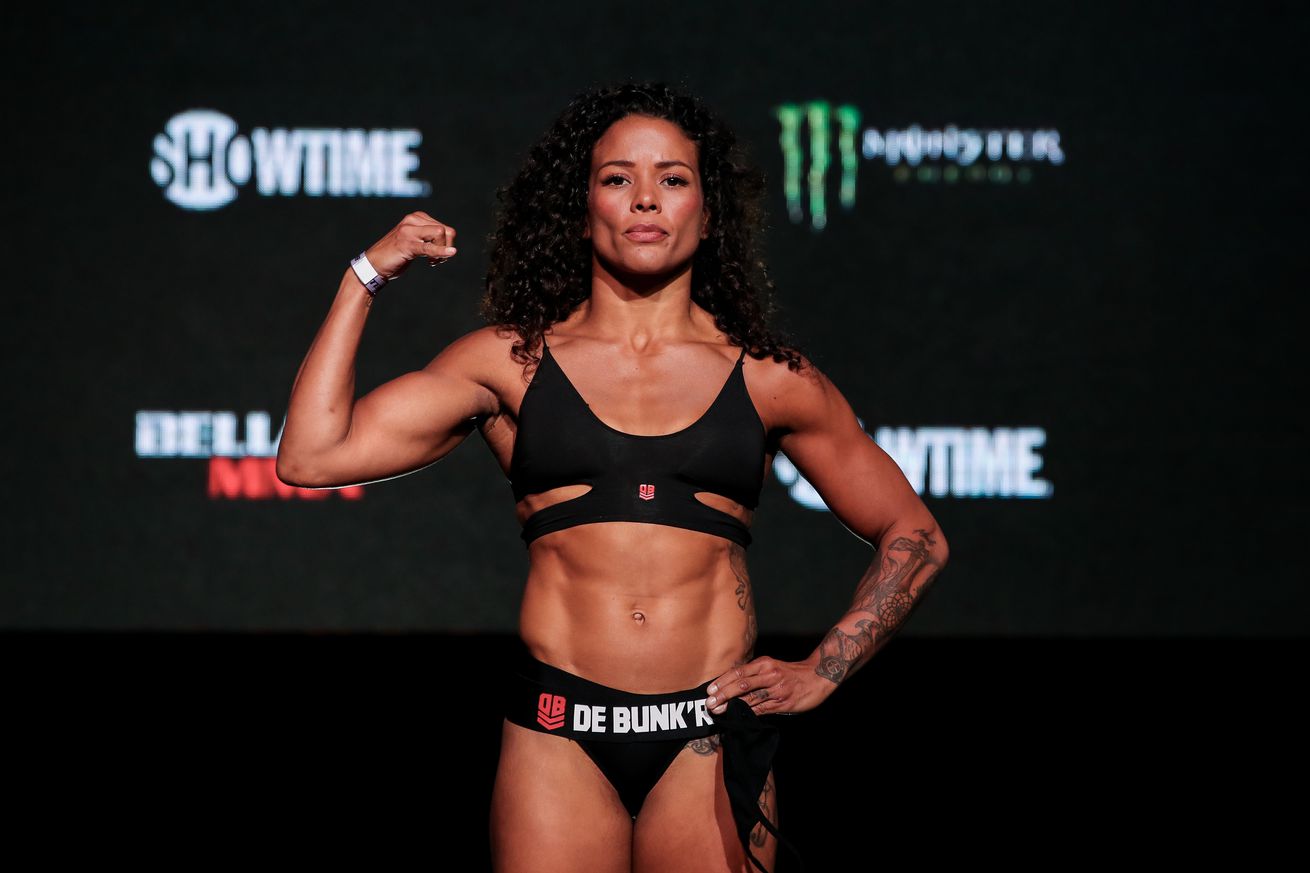 Speaking to MMA Fighting 17 months ago just ahead of a pivotal matchup with Kristina Williams, the Bellator Kickboxing champion anticipated that she would need to defeat Williams and then pick up one more win before a contract for a title fight came her way. Kielholtz needed less than half a round to submit Williams and, as she predicted, the swift victory led to another test, one that cemented Kielholtz as the No. 1 contender at 125 pounds.

At Bellator 247 in October, Kielholtz was matched up with Kate Jackson, who was fresh off of a five-round title fight loss to Ilima-Lei Macfarlane. This was the win Kielholtz knew she needed and, suffice to say, she didn’t miss.

Seventeen seconds was all it took for Kielholtz (6-2) to punch out Jackson, score her fourth straight win, and secure a shot at Bellator flyweight champion Juliana Velasquez. Kielholtz and Velasquez meet in the main event of Bellator 262 on Friday at Mohegan Sun Arena in Uncasville, Conn.

The road to her first MMA title was clear as day for Kielholtz, in more ways than one.

“I think I see it, but I also felt it,” Kielholtz told MMA Fighting. “I think if you really feel something that will happen, it will happen. At that time, I say it, but it was something that I really believe in also. Like I said, I just want the blue [Bellator Kickboxing] belt like the red [Bellator MMA] belt on my shoulder.

“After that fight, you see, ‘Okay, I think I need one more fight,’ and then they came with Kate Jackson and I knew that she was a title challenger. I knew that if I do really good in this fight, I would be next. So when I heard Kate Jackson, I knew this will be my ultimate proof to everyone that I deserve this title shot and that will happen. It all started with believing in something and after that everything came out and everything is just like a plan for me.”

The Dutch standout was dubbed “Miss Dynamite” as she rose through the kickboxing ranks and eventually claimed a title in Bellator Kickboxing in 2016 with a win over Gloria Peritore. Should Kielholtz win Bellator gold, she’ll be the promotion’s first fighter to earn titles in its kickboxing and MMA divisions.

Three straight finishes certainly helped Kielholtz’s chances of getting a championship opportunity, but the way she sees it there was nothing that could happen in the Jackson fight that would deter her from fighting for a title next.

“I already knew before I step in that cage with Kate Jackson,” Kielholtz said. “I already knew that I’m gonna win in a dominant way. So for me, there was no expectation like, ‘What if I have three rounds?’ Even if it was three rounds, I knew that I would have to be the dominant fighter, not that it would be a close fight or something. I want to really dominate Kate Jackson at that time before I enter the cage.”

Kielholtz’s path to MMA glory wasn’t always so clear-cut. A submission loss to Veta Arteaga in 2018 completely changed her approach and she knew after that setback there would be no more half measures when it came to her MMA training. Working with coach Bob Schrijber in her native Netherlands, Kielholtz was humbled, but also eager to build an entirely new version of herself.

“Completely different because before I saw MMA and kickboxing were similar, but they’re two different worlds,” Kielholtz said when asked if her kickboxing championship experience prepared her at all to challenge for an MMA title. “Also in your standup game, because even if I knock Kate Jackson out, my standup game also has to change a lot when I was under the wings of Bob Schrijber. The first training he said, ‘Okay, we’re gonna do standup training,’ and I thought, ‘I’m the kickboxing champion, I can do standup training in MMA really easily.’ But it wasn’t. I had to learn totally different fighting and also my striking and my punches, everything was different than kickboxing.

So far, no one has been able to solve the Velasquez puzzle. In a battle of unbeaten fighters this past December, it was Velasquez who won a convincing decision over Macfarlane to snap the Bellator star’s streak of four successful title defenses.

Kielholtz had no preference as to who she fought for the belt, but she’s confident that whether it was Macfarlane or Velasquez, she would have put the first blemish in their loss column.

“I think that everyone is beatable,” Kielholtz said. “The only thing I know is that Juliana has never faced an opponent like me. I have a lot of background in my kickboxing fights, I know how to handle a taller, bigger opponent, I know how to face a southpaw, I know everything because I already faced that in my 60 fights in kickboxing.

“I think that she will face something that she never fought before and that will be the big difference from all her past fights. All the other girls were impressed by her because they don’t know how to get in her game plan. I know how that works because I’ve already been there, so that’s gonna be a big difference.”