Diego Ferreira vs. Gregor Gillespie booked for UFC event on May 8
This topic has been deleted. Only users with topic management privileges can see it.
F
F
fightgal Reply Quote 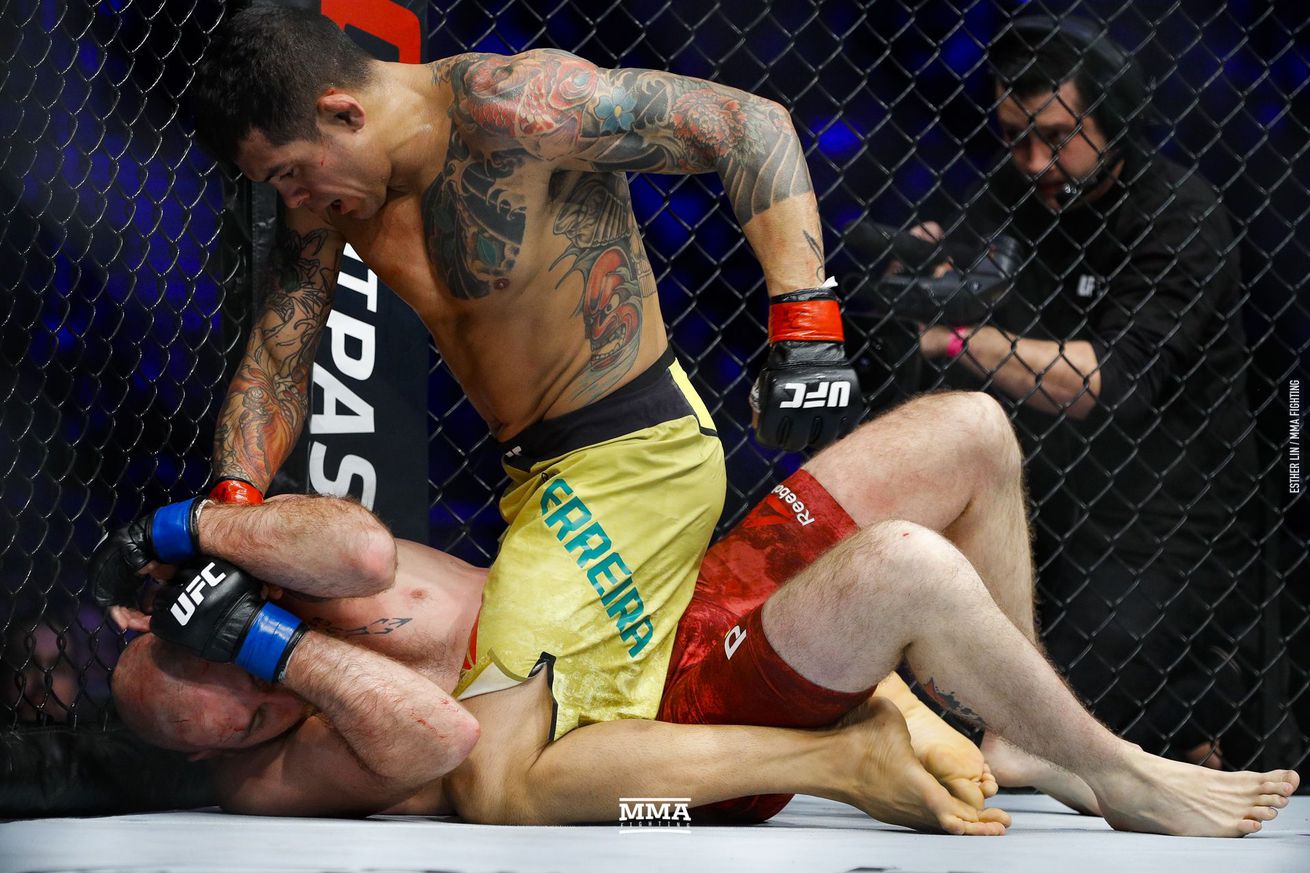 A new lightweight fight has been booked as Diego Ferreira and Gregor Gillespie have agreed to meet at the upcoming UFC card on May 8.

Gillespie returns to action in May after he was originally booked for a fight against Brad Riddell back in March. That matchup was scrapped on fight day after the Australian lightweight was forced out due to COVID-19 protocols.

That left Gillespie without an opponent, but now he’ll return in May as the former NCAA Division-I wrestling champion looks to return to the win column following a loss to Kevin Lee in his most recent appearance in November 2019.

Meanwhile, Ferreira will also attempt to get back on track after he lost a split decision to Beneil Dariush in a Fight of the Night this past February. Prior to that setback, Ferreira had rattled off six consecutive wins including a submission victory over former UFC lightweight champion Anthony Pettis.

Ferreira vs. Gillespie joins the line up on May 8 with the main event featuring former bantamweight champion T.J. Dillashaw in his return to action for the first time in more than two years as he takes on Cory Sandhagen in a battle that will likely determine the next title contender at 135 pounds.