Mackenzie Dern ready for title shot by end of 2021: ‘All my world titles came when I felt this feeling’
This topic has been deleted. Only users with topic management privileges can see it.
F
F
fightgal Reply Quote 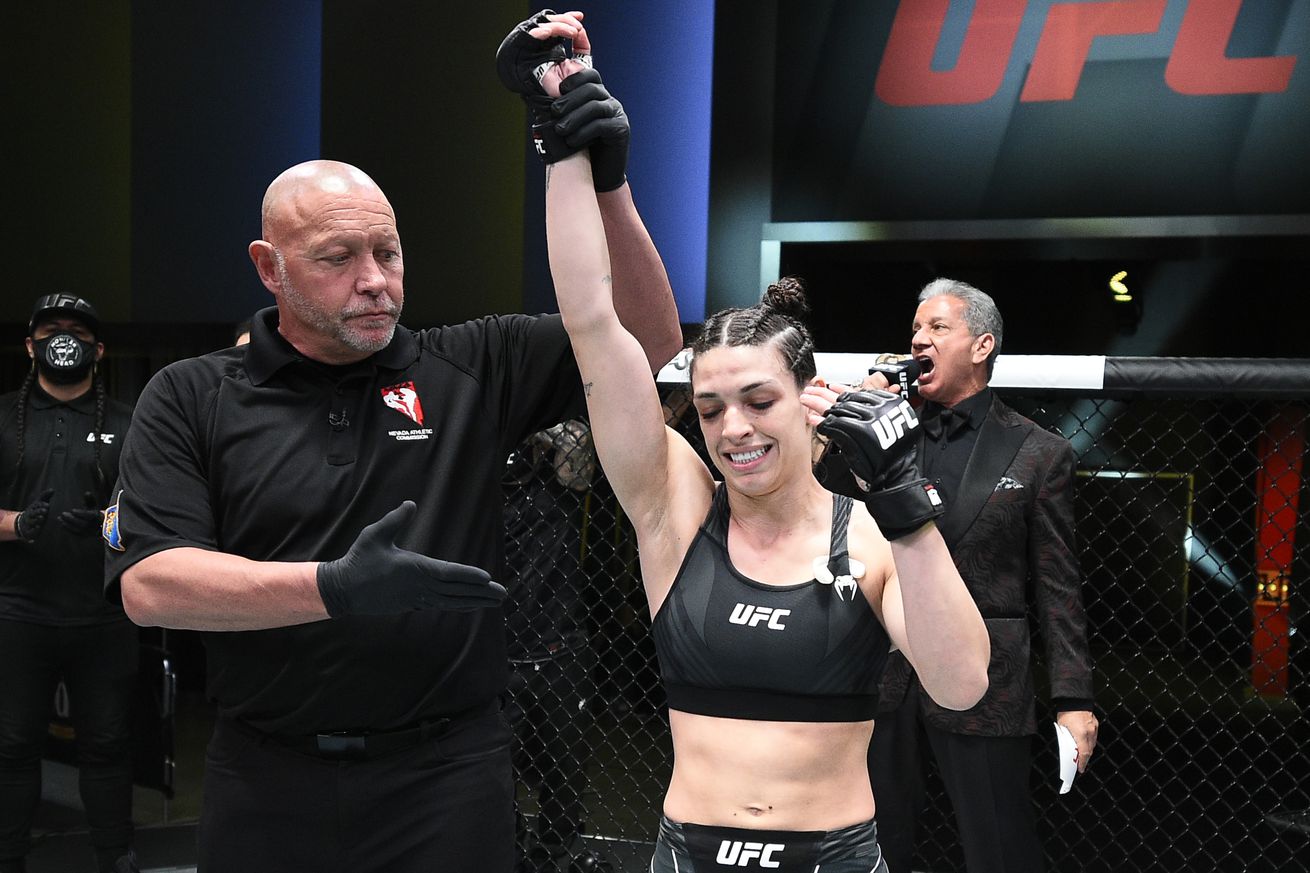 UFC strawweight Mackenzie Dern isn’t calling for a title shot just yet. But by the end of the year, she believes she’ll be ready to challenge for gold.

“I’m ready for the top girls, but maybe fight for the belt, maybe at the end of the year,” Dern told ESPN after her first-round submission of Nina Nunes on the main card of Saturday’s UFC Vegas 23. “A couple more fights, because the belt you want to be 100 percent, and I’m not 100 percent on what I need to do.

“I just need to be 100 percent on the go time, and that’s being able to be calm and to think. I’m getting there, but a first-round submission, you don’t really get to see those other parts. But I know that even if I submit my next [opponents] in the first round, I want to know that when I fight the champ, I’m ready even if I go the whole five rounds.”

Dern picked up her fourth win by submission in the octagon and her seventh since turning pro as an MMA fighter. To date, Nunes is the highest-ranked opponent she’s defeated. She said such a dominant performance could have one unintended effect.

The UFC strawweight title goes up for grabs later this month at UFC 261, when champ Zhang Weili meets ex-champ Rose Namajunas. Only three names are currently above Nunes in the top-15: Joanna Jedrzejczyk, Yan Xiaonan and Carla Esparza.

A decorated submission grappler with several world titles in jiu-jitsu, Dern’s transition to MMA hasn’t always been smooth. But on Saturday, she looked like a serious threat to the top-ranked fighters at 115 pounds, and she said there’s a reason for that.

“All my world titles came when I felt this feeling, so I don’t want be overconfident, but I know that feeling when everything’s flowing and you do your best in training, and you do 100 percent, and that’s when everything works out,” she said. “That’s what I have in MMA, finally. I know things are going to work out.

“Of course, anything can happen. If you make mistakes, girls in the top-five they have way more experience in MMA, more than me. But I know what it’s like to be the champ in jiu-jitsu, and I bring that same momentum in MMA now.”

Nunes hoped to regain her momentum after a decision loss to Tatiana Suarez and a layoff due to the birth of her child with two-division champ Amanda Nunes. That went by the wayside quickly as Dern quickly advanced position and secured an armbar.

Dern has always had grappling talent. But she’s come a long way since her first trip to the octagon.

“When I came into the UFC, even though I had a lot of hype behind me, there were a lot of haters and criticism,” she said. “‘Oh, she’s not good striking. She’s not good, weight-wise.’ And now I post one thing of a workout, and all the comments are, ‘She’s so determined. She’s a future champion.’ I think I’m really giving that vibe. I was ready to have fun in there, so that’s what I did is have fun.”

Check out her full interview.