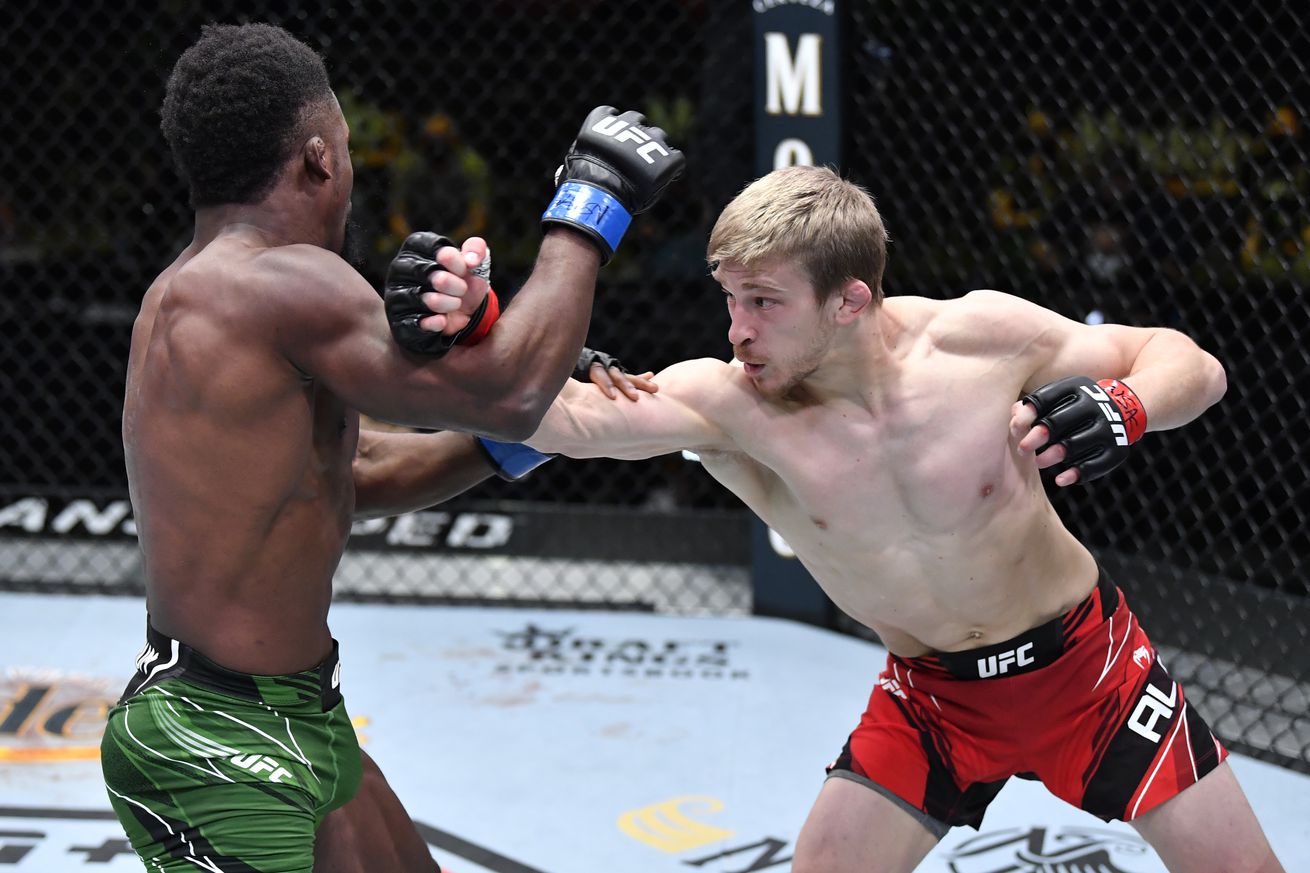 Arnold Allen has yet to be beaten inside the octagon and he wants to put this unbeaten streak against even stronger competition next time.

The 27-year-old Englishman outpointed Sodiq Yusuff in the UFC Vegas 23 featherweight co-main event on Saturday, improving his record inside the octagon to 8-0 and handing Yusuff his first UFC loss. It was the first fight for Allen in 441 days and the win keeps him firmly in the upper echelon of the 145-pound division.

Immediately following the fight, Allen criticized himself for not finding a finish during his interview on ABC, but speaking to the media later in the evening he threw out a couple of names that would make for ideal matchups in the near future.

“Someone like Korean Zombie, I was always a big fan of him, so accidentally I’ve studied him my whole life,” Allen said. “He’s flat-footed, he doesn’t move great, he doesn’t deal with someone moving around him and I move very well. But I know he just booked a fight with Dan Ige. So maybe the winner of that fight in the future if they’re above me in the rankings, that’s something that would be cool.”

Ige is scheduled to face “The Korean Zombie” Chan Sung Jung in a Fight Night main event on June 19. An Ige victory will put him on a two-fight win streak, while Jung looks to rebound from a lopsided decision loss to Brian Ortega.

Ortega’s win over Jung vaulted him into a title shot with featherweight champion Alexander Volkanovski, which goes down later this year after the two complete filming of the upcoming season of The Ultimate Fighter. And former champion Max Holloway is also waiting in the wings for his next matchup.

Whichever contract is sent Allen’s way, he knows that the only way for him to go now is up.

Allen plans to return home to the U.K. for some rest and recreation, but while he’s still in the U.S., he’d like to celebrate his 10th straight win with one of the country’s finest delicacies.

“I might go for the lot,” Allen added. “I might have it all. I’m gonna be a different man after this.”