UFC Vegas 23 in Tweets: Pros react to Marvin Vettori’s grinding win over Kevin Holland
This topic has been deleted. Only users with topic management privileges can see it.
F
F
fightgal Reply Quote 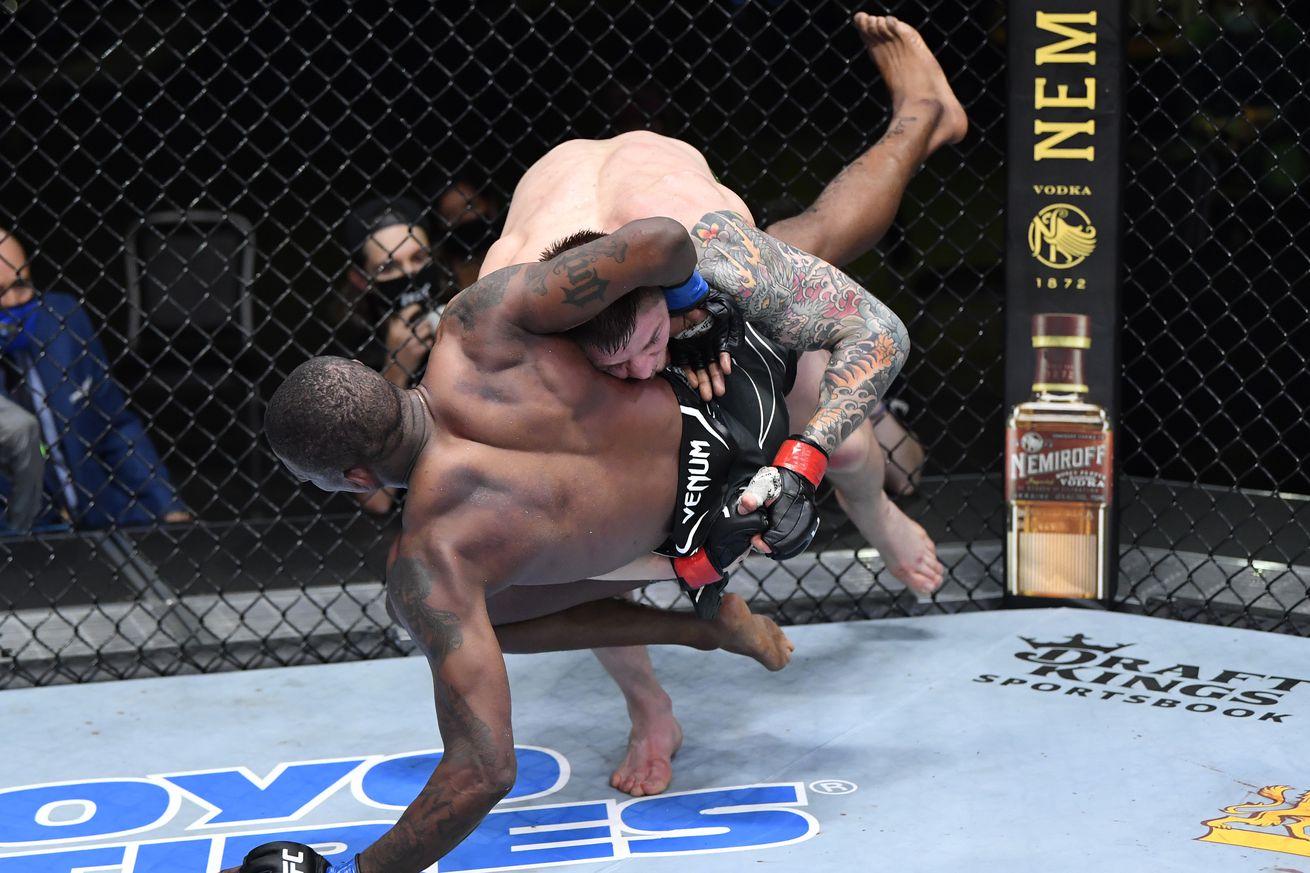 Going into the UFC Vegas 23 main event, fans had no idea what to expect between middleweight contenders Marvin Vettori and Kevin Holland.

With Holland making the walk to the octagon for the second time in three weeks, the pressure was on Vettori to not only pick up the win but secure his place in the title picture.

After 25-minutes of grueling action, Vettori walked away with the dominant decision win.

Below is how fighters reacted to the entire night of action in Las Vegas.

I feel like Marvin Vettori owes me money for the blueprint! #UFCVegas23

I still wanna see till vs vetorri that wouldve been fire

Allen looking great today. Yusuff was having success when he took some steam off his shots this RD but then gets rocked with a head kick. Allen up 2 RDs in my book. #UFCVegas23

Arnold with another great performance, this guy is ready for the top 5!!

WOW! That was a vicious sequence! Cuban Missile Crisis! #UFCVegas23

Damn Marquez threw some heat there!!

Left hooks were there all day for Marquez. Solid finish #UFCVegas23

I didn’t think much of Dern when she got whooped by Ribas. But man she has been impressing me lately.

Dern is a monster!!

Dern is underrated. I don’t see a fight she can’t win! I’m a walking jinx so let’s see #UFCVegas2

There’s that damn armbar again. Don’t mess with her jits

That’s toughness you can’t teach. But man, there’s some work to be done there. Rodriguez was on and sharp all day. #UFCVegas23

Mirrorish match up for here , this was a bad match up for Perry. Rodriguez just a bit faster & hits harder ! #UFCVegas2

Perry is just too stiff

Rodriguez looked sharp tonight. I like it #UFCVegas23 #letsgetit