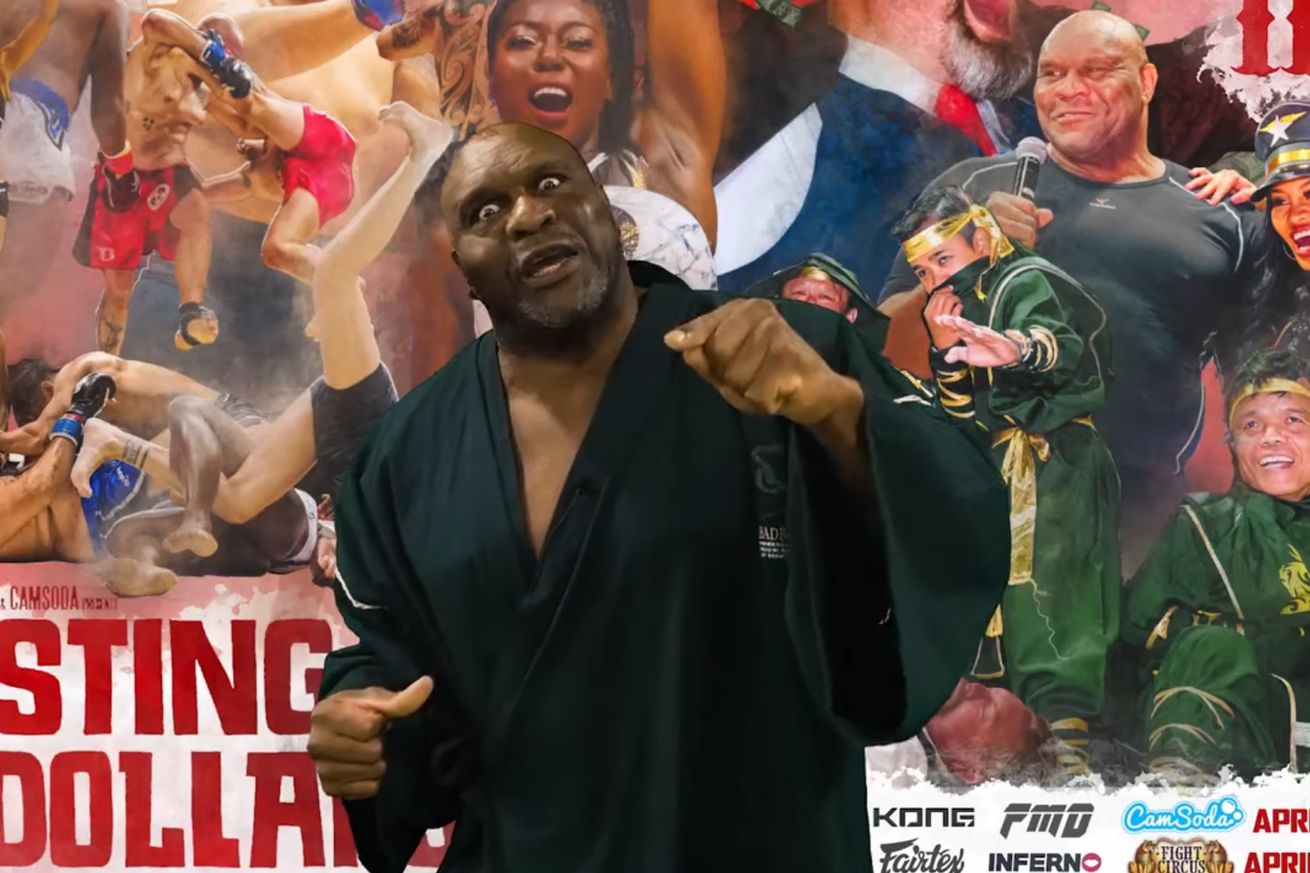 Fight Circus is back for another round.

Among the notable attractions being promoted for Friday’s show include a muay Thai phone booth brawl (which is apparently exactly what it sounds like), an intergender muay Thai bout, and a “Siamese boxing match” featuring two pairs facing off where the teammates are tied together.

A link to watch the event will be available on fightcircus.com Friday at 10 p.m. ET. The link takes you to the the adult video site CamSoda, where the free stream will be broadcast.

One-time UFC fighter Will Chope will take part in one of the event’s signature two-versus-one matches as he takes on Fight Circus regulars “Bank” and “No Money.” This handicap match is expected to headline the show.

2-VS-1
Bank & No-Money Defend their M.M.Asymmetrical Championship
Against the most prolific man in Fight Sports, Will Chope.

On commentary will be combat sports star Bob Sapp, who made his debut for Fight Circus at the end of their most recent show in November when he kicked off a storyline by attacking Fight Circus ringmaster Jon Nutt.

Sapp and Nutt will apparently coach two teams of fighters against one another, though exactly what kind of rules the bout will be contested under have not been revealed. The two are featured prominently in a trailer for the upcoming event:

Akkaranee Kadsin vs. Souris Manfredi — “Trinity rules” (one round boxing, one round muay Thai, one round MMA)