Liz Carmouche expects to finally ‘have the belt’ in Bellator chapter of career
This topic has been deleted. Only users with topic management privileges can see it.
F
F
fightgal Reply Quote 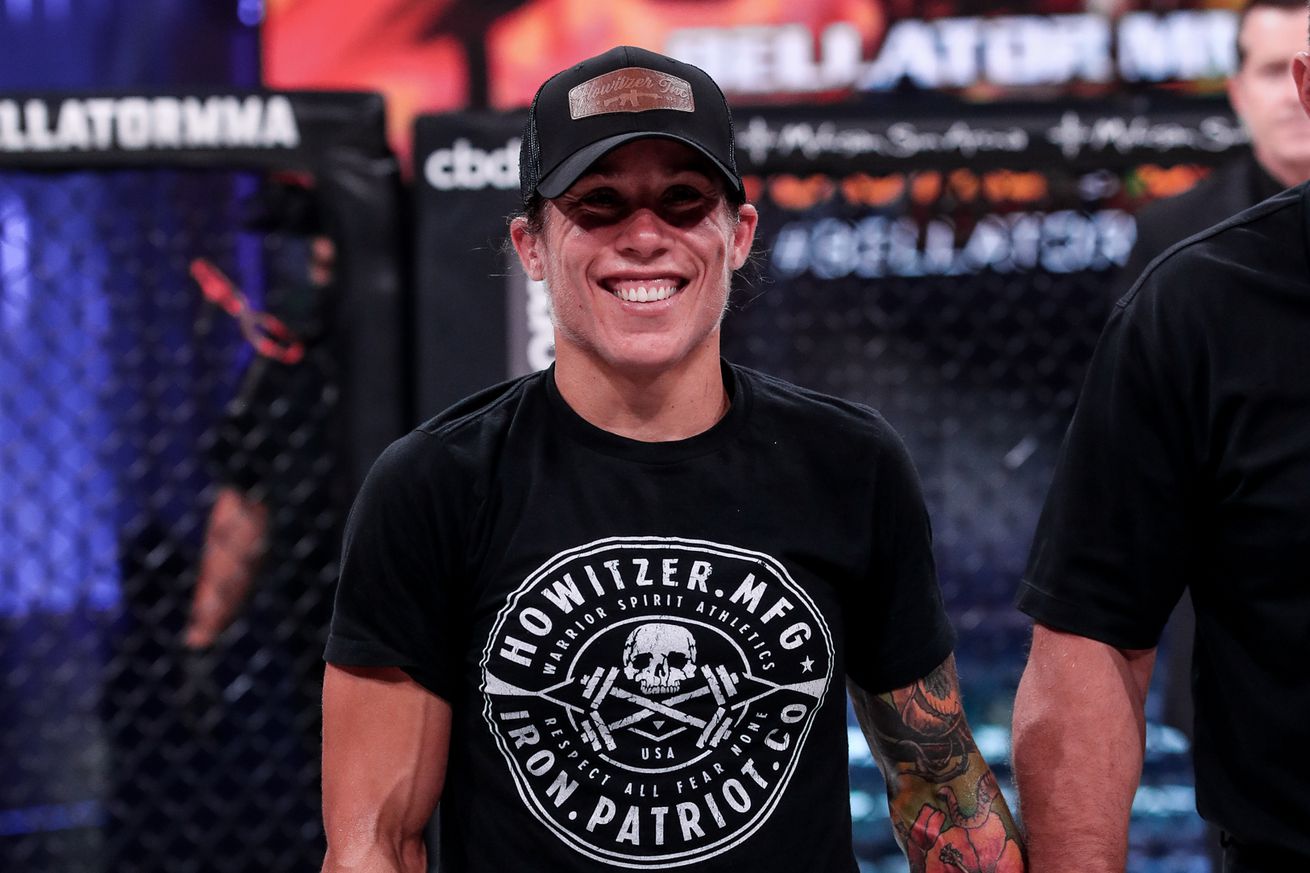 Liz Carmouche is close to another world title opportunity.

This Saturday’s Bellator 256 co-main event could determine the next challenger for Julianna Velasquez’s flyweight title, as Carmouche takes on the debuting Vanessa Porto, a former Invicta FC champion.

Should everything go as planned for Carmouche and she does book a fight with Velasquez, it will be her fourth crack at a major MMA title. Carmouche, 37, has fought Marloes Coenen for the Strikeforce belt in March 2011, losing by fourth-round submission. It was the first loss of Carmouche’s career.

She went on to challenge for UFC titles at bantamweight (opposite Ronda Rousey in the first women’s fight in UFC history) and flyweight (against current champion Valentina Shevchenko), but fell short on each occasion. Carmouche feels that the highs and lows of her career have prepared her to claim championship status at last.

“I think I’m in the chapter where I finally actually have the belt,” Carmouche said at Bellator 256 virtual media day on Wednesday. “I started off and I didn’t have the advantage like other fighters of having an amateur career to grow and learn and make mistakes. Unfortunately, I spent the early years of my professional career doing that, and I feel like I’ve learned from all those mistakes. I’ve really been able to push past those and start evolving into the fighter that I want to be.

“Now this chapter is me showing everything that I’ve learned and being able to showcase that in a flashy and awesome way.”

Carmouche made a successful Bellator debut in September, not only knocking off fellow veteran DeAnna Bennett but doing so via submission to record her first finish in seven years. She has won three of her past four fights, including a decision win over recent UFC flyweight title challenger Jennifer Maia. Carmouche also owns a stoppage win over Shevchenko from September 2010, which has aged nicely even with Shevchenko handily winning their rematch at UFC Uruguay.

Now, the math to get another title shot is simple for Carmouche, especially with the recent introduction of Bellator’s official media-generated rankings. As of this writing, Carmouche is currently at No. 2 in the flyweight rankings while Porto will remain unranked until she logs her first Bellator appearance.

“I think if nothing else, just based on the rankings, a win would put me in title contention,” Carmouche said. “If they’re saying I’m ranked 2, 3, I feel like that should automatically just with this win put me right on that track to fight for that belt.”

Entering pro bout No. 22, Carmouche wants everyone to know that what she showed in her win over Bennett is just a glimpse of what she’s fully capable of at this stage of her career.

“The biggest thing is just showcasing everything I have,” Carmouche said. “I’ve been in this for a long time and I’ve learned a lot of things along the way and I want to be able to show all the skills I have and I don’t feel like there’s a lot of opportunities to do that. With Bellator, I had a chance my last fight, and I was able to show some of it, and now I have another opportunity to showcase even more.”