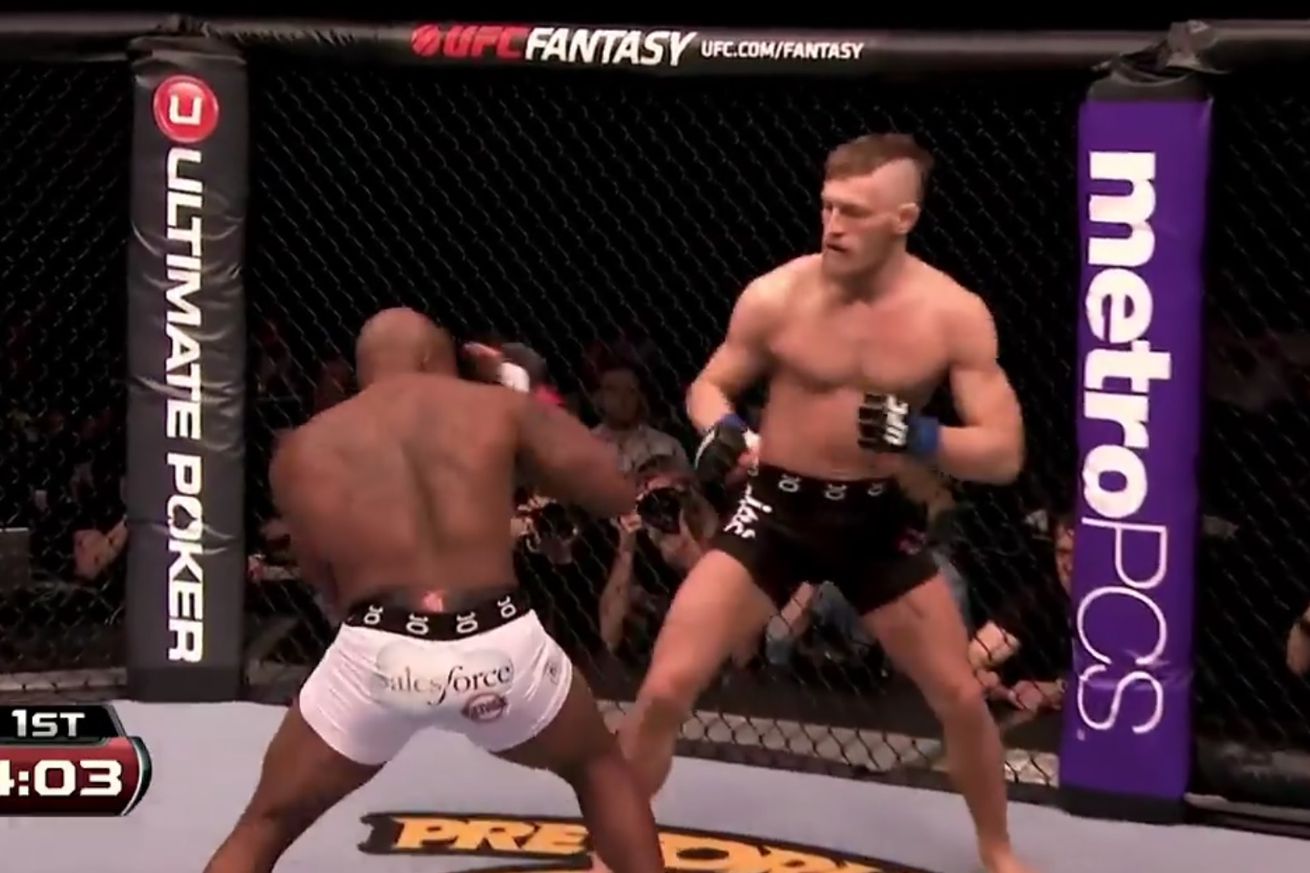 Conor McGregor made a heck of a first impression.

On Tuesday, “The Notorious” released the full fight of his first-ever UFC appearance at a UFC on Fuel TV event in Stockholm, Sweden on April 6, 2013, in which he made short work of Marcus Brimage.

A two-division champion in England’s Cage Warriors promotion, McGregor joined the UFC with his fair share of hype and he more than lived up to the billing as he dismantled Brimage in just 67 seconds. Brimage had won his first three UFC fights after competing on season 14 of The Ultimate Fighter, but was no match for the Irishman on this day.

McGregor went on to achieve superstardom and two-division champ status again with the UFC, capturing the promotion’s featherweight and lightweight titles and becoming the first fighter to hold two UFC belts simultaneously. He also became a massive mainstream figure, building his name up enough to set up a blockbuster boxing bout with the unbeaten Floyd Mayweather Jr. in August 2017.

After losing to Mayweather, McGregor returned to MMA competition, though he is just 1-2 in his past three fights. Up next for McGregor, he faces Dustin Poirier in a trilogy bout in the main event of UFC 264 on July 10.