Raoni Barcelos vs. Timur Valiev set for June 26 UFC event
This topic has been deleted. Only users with topic management privileges can see it.
F
F
fightgal Reply Quote 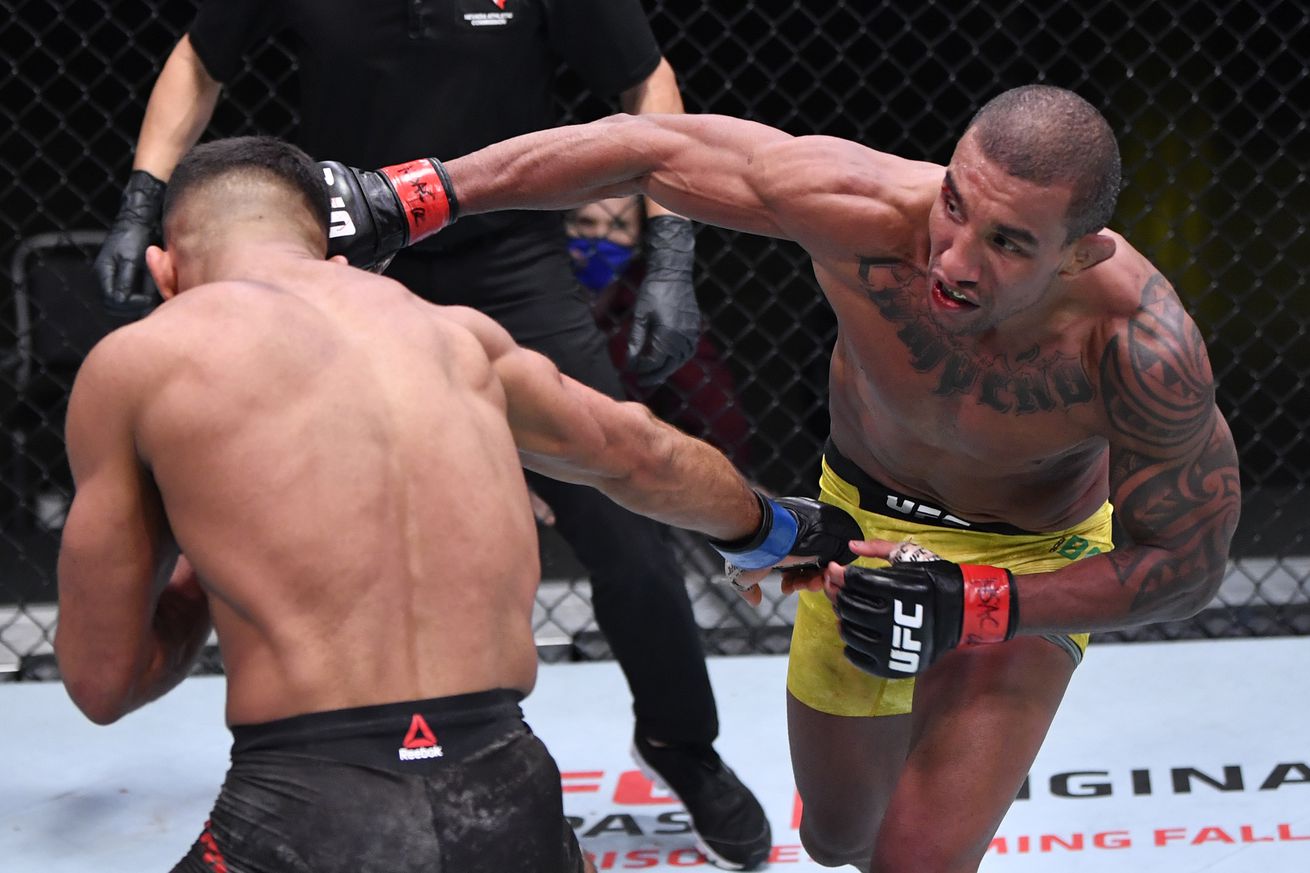 One top bantamweight could soon see their unbeaten streak come to an end.

MMA Fighting confirmed with sources with knowledge of the matchup that Raoni Barcelos (16-1) and Timur Valiev (17-2, 1 NC) will fight in a bantamweight bout at a UFC event on June 26, with a location still to be determined, following an initial report by ESPN.

This will be Barcelos’ first fight of 2021. The Brazilian standout has seen his past three bookings fall through. He withdrew from a bout against Merab Dvalishvili in December after not being cleared to compete by the Nevada Athletic Commission (Barcelos attempted a quick turnaround after defeating Khalid Taha in November), and then saw a February bout with Raphael Assuncao altered when Assuncao withdrew for undisclosed reasons. Barcelos then withdrew from the bout with replacement Marcelo Rojo after testing positive for COVID-19.

Barcelos has won nine straight fights including a perfect 5-0 start to his UFC career.

Valiev won his most recent outing, a unanimous decision nod over Martin Day at a UFC Fight Night in February. His other UFC appearance was originally a TKO loss to Trevin Jones, but it was overturned to a no contest when Jones later tested positive for marijuana. Excluding the no contest, Valiev has won seven straight bouts.

The June 26 UFC event is reportedly to be headlined by a heavyweight bout between Ciryl Gane and Alexander Volkov.