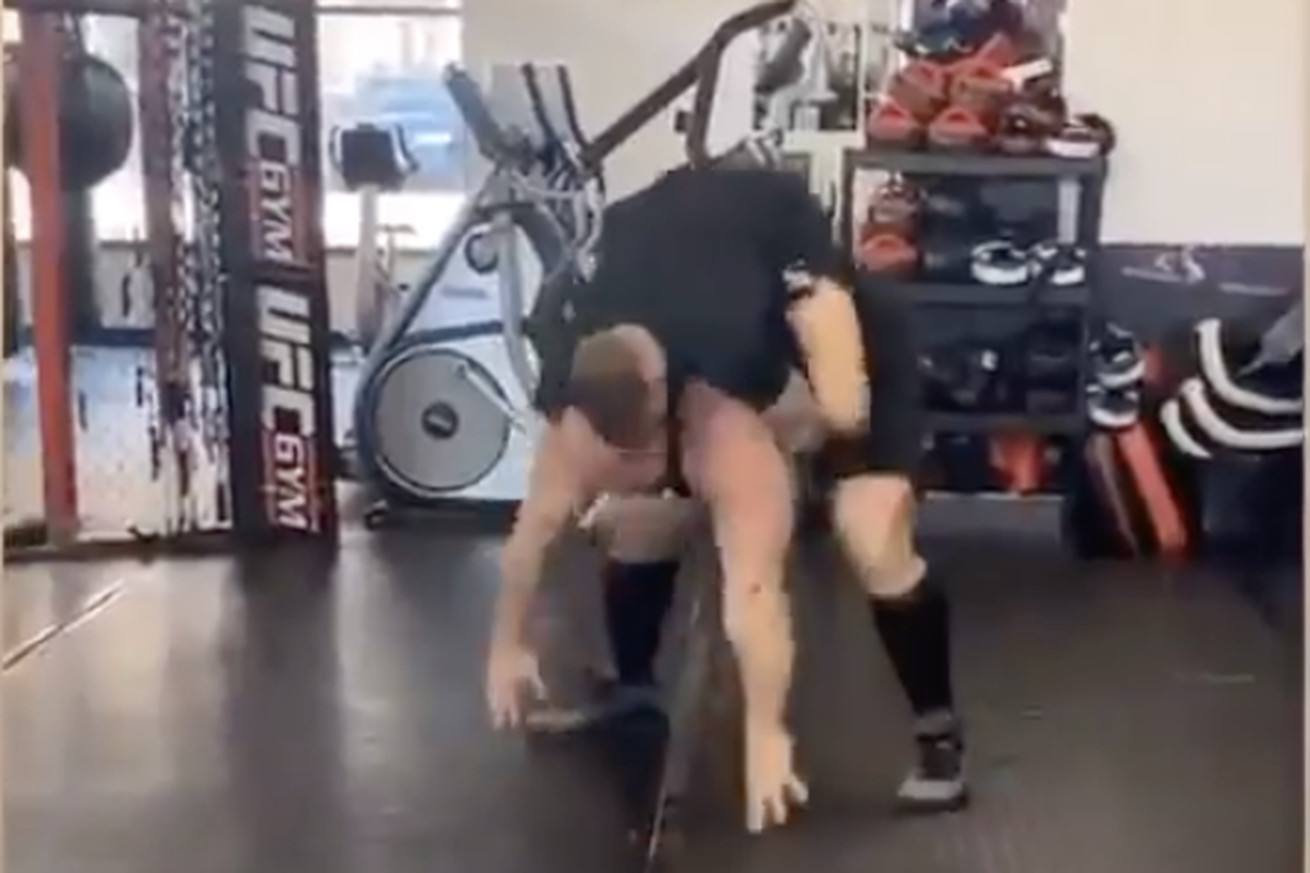 Ahead of his likely trilogy fight with Conor McGregor in July, Dustin Poirier decided to get some work in on the mats with a multi-time World’s Strongest Man champion.

Poirier and Brian Shaw, who tips the scales at around 400 pounds, met for a training session and interview earlier this week.

Video footage was captured that saw Poirier take the back of Shaw and getting the tap. Unfortunately for the former interim lightweight champion, the WSM champion in 2011, 2013, 2015 and 2016 was able to extract a bit of competitive revenge.

The other side to the story. Like Dustin said, what goes around comes around pic.twitter.com/3ayYoInyGY

As MMA Fighting previously confirmed, Poirier has signed his contract to face McGregor in their third meeting July 10 at UFC 264. “The Diamond” was able to negate a loss to the former two-division champion when he stopped McGregor in the second round in the main event of January’s UFC 256 card.

On Saturday, McGregor declared the trilogy fight “booked” on Twitter. MMA Fighting previously reported that McGregor had already agreed to the July 10 date with only pen needing to hit paper to make it official.