UFC requests four events for May at UFC APEX in Las Vegas
This topic has been deleted. Only users with topic management privileges can see it.
F
F
fightgal Reply Quote 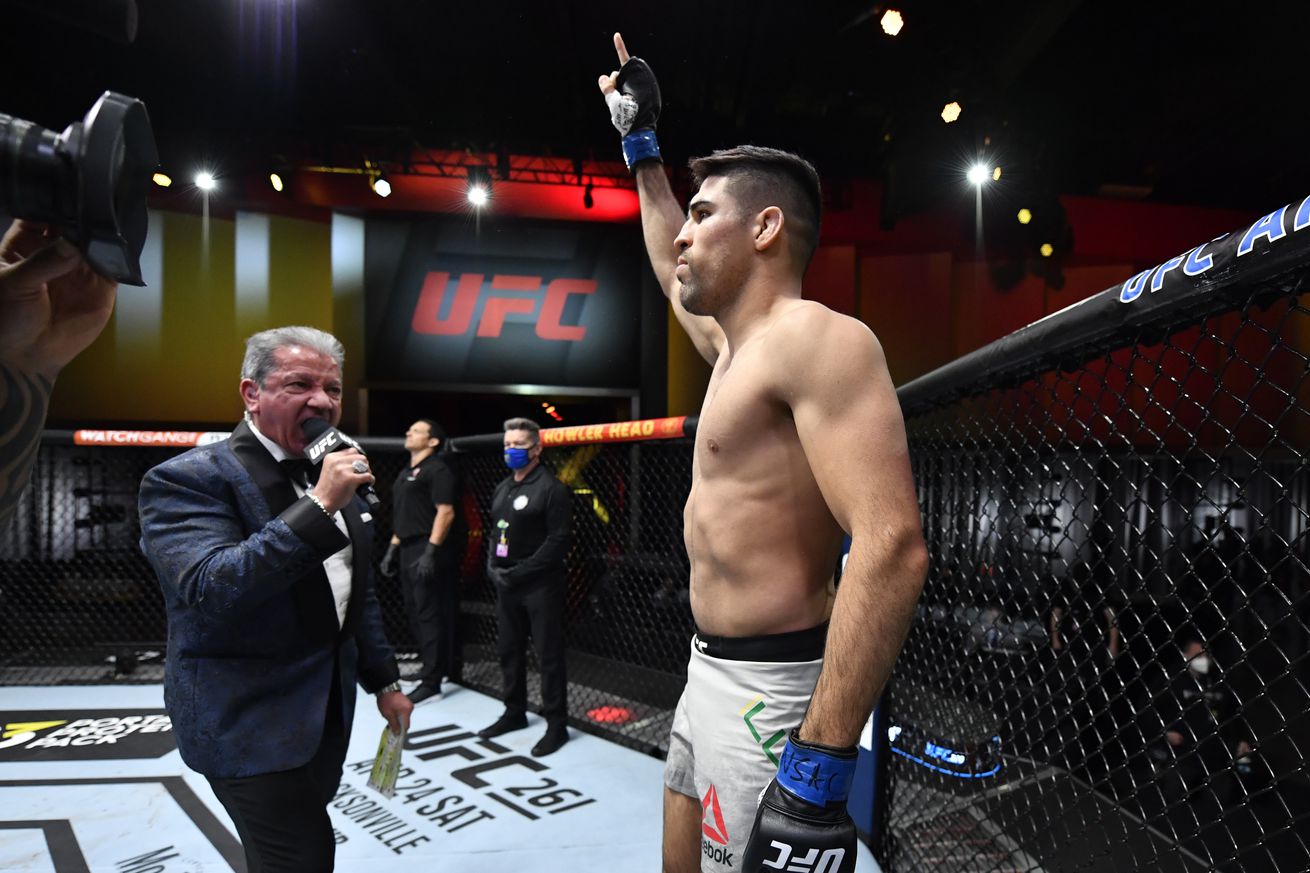 Two planned trips outside the bubble have marked a new beginning for the UFC’s event schedule, but for the time being it appears the promotion’s home will remain the UFC APEX.

The UFC is requesting from the Nevada Athletic Commission a quartet of permits for events in May – the 1st, 8th, 15th and 22nd – at the facility it owns in Las Vegas, per an agenda released by the NAC for its April 6 meeting. One of the dates, May 15, is already confirmed to host UFC 262 at Toyota Center in Houston, so the permit is a backup.

Headliners for the May events are set: Dominick Reyes vs. Jiri Prochazka (May 1); Cory Sandhagen vs. T.J. Dillashaw (May 8); Michael Chandler vs. Charles Oliveira (May 15); and Rob Font vs. Cody Garbrandt (May 22).

The UFC announced this past month its first events to travel outside the APEX and Fight Island, a pair of bubbles set up during the coronavirus pandemic to allow the promotion to continue its live event schedule. With the easing of capacity restrictions in Texas, UFC President Dana White sought to move UFC 260 to the Lone Star State. Instead, UFC 261 was booked for April 24 at the Vystar Veteran’s Memorial Arena in Jacksonville, Fla., where a trio of events were promoted in May 2020 before a move to the UFC APEX. UFC 262 will take place May 15 at Toyota Center in Houston. Both events will feature a full capacity crowd.

Safety protocols for the upcoming pay-per-view events have yet to be revealed, though the promotion has in place a detailed program for its staff and athletes that restricts movement and requires regular testing to prevent the spread of COVID-19.

White has said the promotion is willing to travel to any state for full capacity events. UFC 261 broke presale records for the Vystar Arena, the UFC exec said, and reportedly sold out in minutes after tickets went on sale.

The UFC APEX allowed limited attendance for UFC 260; several celebrities were spotted in the crowd. White hopes a summer blockbuster event, UFC 264 on July 10, will take place at the T-Mobile Arena in Las Vegas with a full crowd.