Conor McGregor, Nate Diaz get in expletive-filled argument over who’s real king of MMA
This topic has been deleted. Only users with topic management privileges can see it.
F
F
fightgal Reply Quote 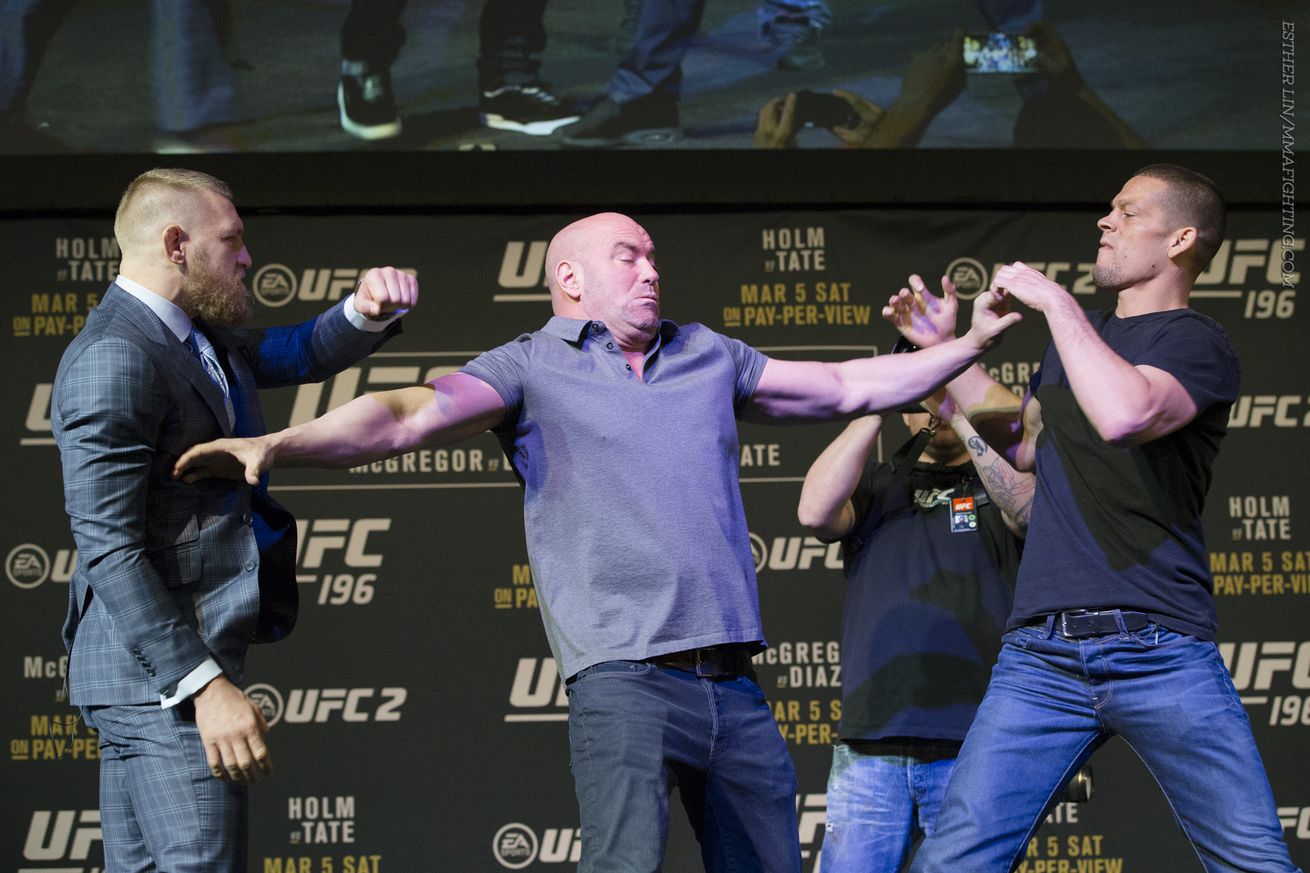 Nate Diaz’s return to the octagon touched off another Twitter fight with his longtime rival Conor McGregor as the two argued in an expletive-filled conversation on Wednesday.

After Diaz booked an unusual five-round co-main event against Leon Edwards, McGregor touted his trip to welterweight for his first fight with the Stockton, Calif., native. That sparked a back-and-forth as the two argued over their records, who the real king of MMA is, and who scared Khabib Nurmagomedov more.

McGregor took aim at Diaz after asking the UFC to create a special “McGregor belt” for his trilogy fight with Dustin Poirier, which could take place July 10 in Las Vegas.

Isn’t that crazy! Who’s the real bad motherfucker anyway ? Went up two weight divisions on a weeks notice to fight him for that fight. No hesitation. Straight onto my jet. In thru the side door. Surprise, surprise https://t.co/ku9NtjAsBT

McGregor then referenced an earlier interview where Diaz said he hadn’t really been training for their first fight at UFC 196, which ended in a surprise upset win for the American.

What yacht was nate on in Cabo that time ?

You can’t just go around calling regular boats, yachts.
The rhetoric spread around in this business is disgraceful at times. “Nate was partying on a yacht in Cabo”
I demand to see this “yacht”
He was fighting for 20k at that exact time. 20k show. 20k win was his exact purse.

“He was partying on a yacht in Cabo” pic.twitter.com/XcmV4HSG9b

You be partied under the table as well ya fat skinny tick pic.twitter.com/aTnsYxaekP

Not one to stay silent, Diaz started clapping back at the former two-division champ. Over the years, Diaz has repeatedly attacked McGregor’s relationship with the UFC despite the Irish star’s clashes with management over money and activity.

But when Diaz mentioned a fight with former UFC welterweight Rory Markham, that was McGregor’s turn to pounce.

What in the Facebook prelims is this shit ? Who the fuck is Rory Mark ham ? 177?

And don’t worry on my next fight bro. You and your face know what I’m like when I go again with it. pic.twitter.com/2XsSEOdTax

Remember when you never got this back and tried to carry on with your life real martial artist learn where they fucked up .. pic.twitter.com/NC0EZEPY3O

That led to insults about their respective records, real and unsanctioned.

I forget nothing bro and you’ll see that soon enough. And don’t talk to me about a little slap in a scuffle I had them all trapped thinking they were dead. You’re the king of nothing. You couldn’t even win your own belt they made for you, let alone any other. pic.twitter.com/X9LiMQLbEr

And eventually, the whole thing turned into a grade school spat.

A trilogy between Diaz and McGregor is considered by many to be a foregone conclusion, though it’s never materialized as the rival’s careers have taken twists and turns. After McGregor’s loss to Dustin Poirier in a rematch at UFC 257, many expected the promotion would finally book the third fight between McGregor and Diaz. But McGregor instead opted for a rubber match with Poirier, whom he knocked out in 2014. That again put Diaz on the backburner, and he subsequently took the Edwards fight.