Darren Till forced out of upcoming main event fight against Marvin Vettori at UFC card on April 10
This topic has been deleted. Only users with topic management privileges can see it.
F
F
fightgal Reply Quote 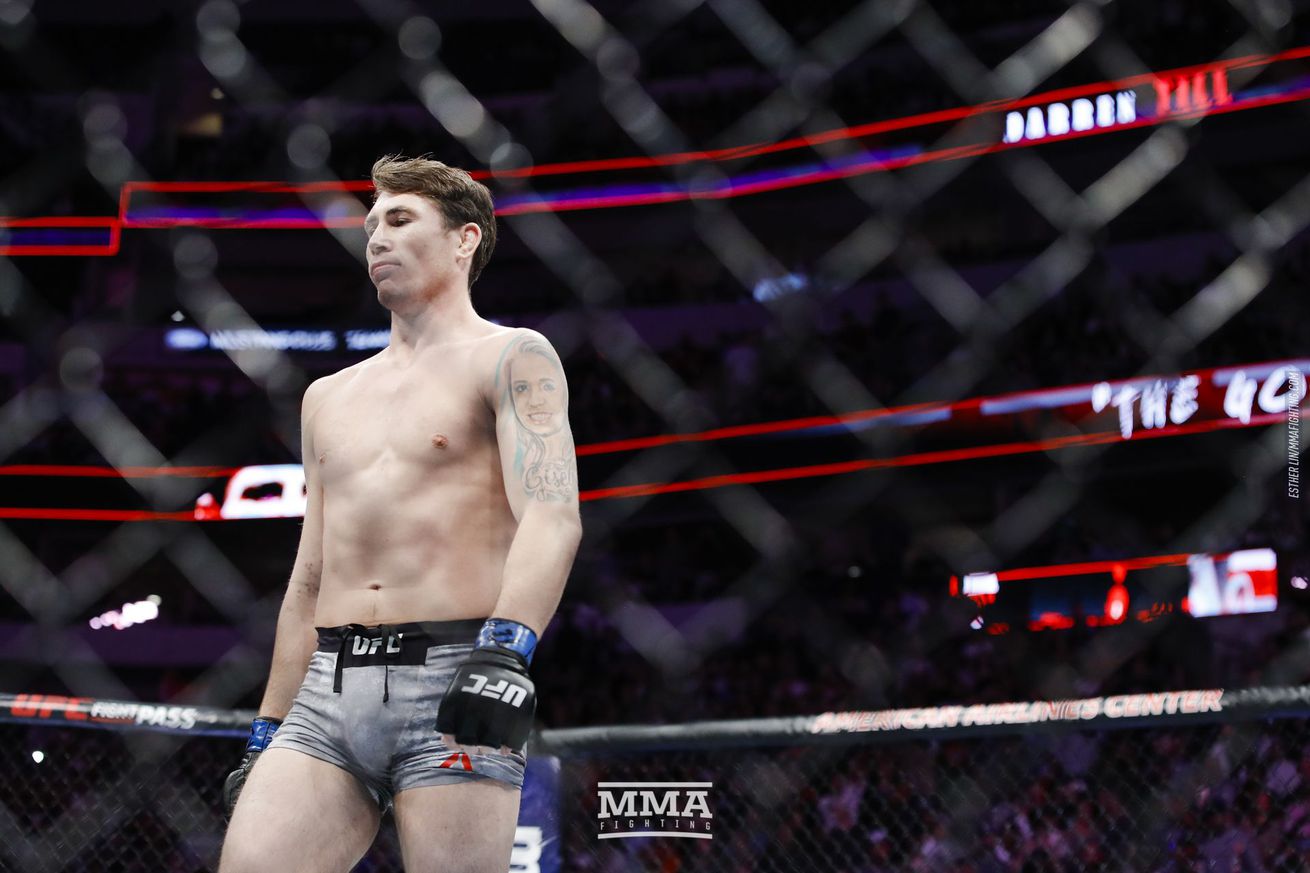 The upcoming UFC card on April 10 needs a new main event after Darren Till was forced out of his scheduled fight against Marvin Vettori due to injury.

UFC officials confirmed the news to MMA Fighting on Tuesday.

“Always do my part 100% and these bunch of p*ssies can’t make it,” Vettori wrote on Twitter. “I’m next in line for the title, whoever has something to say show the f*ck up in two weeks so I can whoop your ass and shut you off for good.”

Always do my part 100% and these bunch of pussies can’t make it.
Im next in line for the title, whoever has something to say show the fuck up in 2 weeks so I can whoop your ass and shut you off for good

Till later posted on Instagram while revealing that he suffered a broken collarbone in training, which forced him to drop out of the fight against Vettori.

“I’ve been sat here for a good few hours debating how to say this & put into words what I’m feeling & just going to say it straight... IVE BROKEN MY COLLARBONE! I’m out my fight next week against Marvin,” Till wrote.

“I am sorry Marvin Vettori I hope you get a new opponent and we can do this sometime soon in the future, I respect you highly as a competitor.”

Additional sources said that fellow middleweight contender Kevin Holland has accepted an offer to take the fight against Vettori on short notice but it remains to be seen if that matchup actually gets booked. Holland is coming off a five-round decision loss to Derek Brunson in his most recent outing, which stopped a five-fight win streak he built in 2020.

Till answered a tweet from Holland by saying “let’s go” but again nothing has been made official yet.

Obviously, Vettori was anxiously awaiting the chance to face Till, who reigning UFC middleweight champion Israel Adesanya had declared next in line for a title shot if he was victorious but now that’s not even possible.

Vettori has rattled off four straight wins of his own including a statement performance against Jack Hermansson in his first UFC main event this past December. He was then booked for another headline spot against Till until the Liverpool native was forced off the card.