UFC 261 poster highlights three title fights at the top of the card
This topic has been deleted. Only users with topic management privileges can see it.
F
F
fightgal Reply Quote 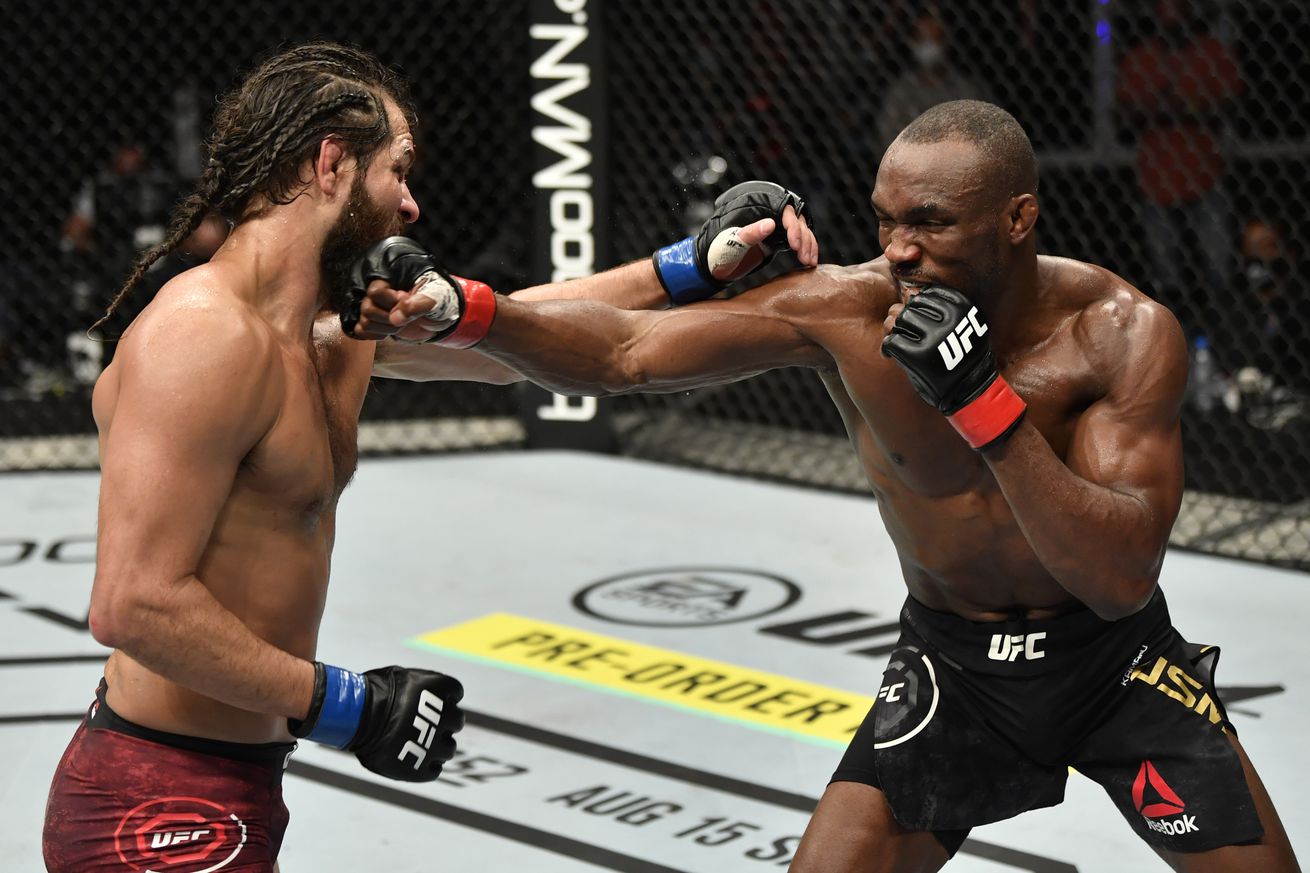 When UFC 261 lands in Jacksonville, Fla. on April 24, the event will feature three title fights in front of a sold out crowd as the promotion welcomes a capacity audience for the first time in over a year.

On Tuesday, the official poster for the event was released in anticipation of the UFC’s return to Florida after Jacksonville hosted the first shows back following the start of the coronavirus pandemic. Unlike those shows, however, the VyStar Arena will have plenty of fans in attendance after tickets sold out rather quickly after the event was announced recently.

Your #UFC261 poster has DROPPED. pic.twitter.com/sUg3YCnFgi

At the top of the card, reigning welterweight champion Kamaru Usman will defend his title against Jorge Masvidal in a rematch after they first met in July 2020. On that night, Usman largely dominated Masvidal over five rounds but the UFC’s only “BMF” champion took the fight on just a few days’ notice and now he’ll get a second opportunity to win the welterweight title.

In the co-main event, Valentina Shevchenko will put her flyweight title on the line against former strawweight champion Jessica Andrade in a highly anticipated matchup at 125 pounds.

Closing out the trio of championship fights will be strawweight queen Zhang Weili looking for the second consecutive defence of her title when she meets Rose Namajunas.