Vicente Luque: Kamaru Usman stole Jorge Masvidal fight from me, but I’d like Nate Diaz
This topic has been deleted. Only users with topic management privileges can see it.
F
F
fightgal Reply Quote 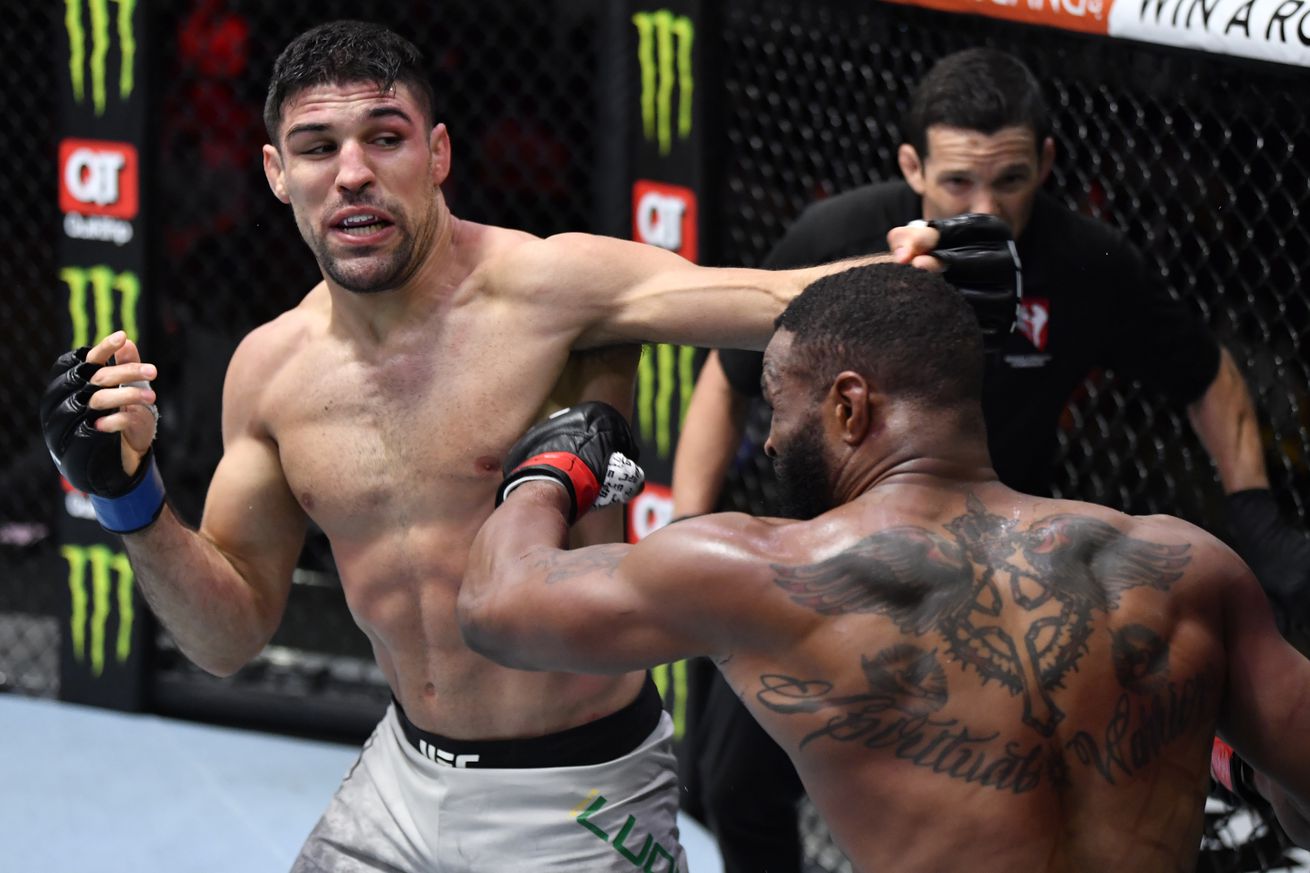 Vicente Luque took out a former UFC champion on Saturday night, and he’s staying on the hunt for big names.

Following his first-round submission victory over Tyron Woodley at UFC 260, Luque closed out his post-fight interview by calling out Nate Diaz. He elaborated on the callout at the evening’s post-event press conference, explaining that his first choice was actually Jorge Masvidal, but Masvidal is currently booked to fight Kamaru Usman for the welterweight title at UFC 261 on April 24.

“The fight I really wanted, Kamaru took it,” Luque said. “I wanted to fight Masvidal. I think that fight would be a banger. Our styles match up really good. That’s why also I called out Nate Diaz, I think our styles match perfectly and if he’s interested in coming out of retirement, I’ll not fight a top-five [opponent] to fight him [instead].

“But my focus is on the top of the division. So I don’t know, Leon Edwards, [Stephen Thompson], two guys that beat me, I would love those rematches, but we’ll see. We’ll see, there are many fights up there, and I definitely want a high level opponent right now.”

Luque has been in several high-profile fights over the years (he won his fourth Fight of the Night bonus Saturday), but has yet to compete in a UFC main event. He insists he’s ready for a five-round fight and is eager to show more of the improvements that he’s made since his most recent loss to Thompson back in November 2019.

That was the biggest fight of Luque’s career up to that point, and though he dropped a decision to “Wonderboy,” he views the loss as an important learning experience. For one thing, he understood what it was to be starstruck in a matchup with a respected veteran, and when it came time to face Woodley, he made sure not to fall into that same trap.

“I was kind of pummeling and he was throwing some knees, I was trying to hit him with knees and I was like, ‘Man, I’m really fighting Woodley, this is kind of crazy,’ Luque said of fighting the former UFC champion. “But that was just a split second, and then I heard Gilbert [Burns], I heard my cornermen speaking, and I’m like, ‘OK, get back to the fight and let’s do what we trained for.’ But yeah, it’s different, it’s a big thing when you fight somebody that you watched for so long. But I think the fight against ‘Wonderboy’ helped me out a lot with this fight.

“Because in that fight it was kind of the same. I watched a lot of ‘Wonderboy’ fighting and when I was in there I kind of was a little bit nervous, a little bit excited because I was fighting a guy that had already fought for the title. After that loss, I realize, man, these guys are just like me. They’ve worked their way up and they are there because they deserve it. That’s what I’m doing. I’m working my way up and I’m here because I deserve it. That’s why now I can see myself at the same level of these guys.”