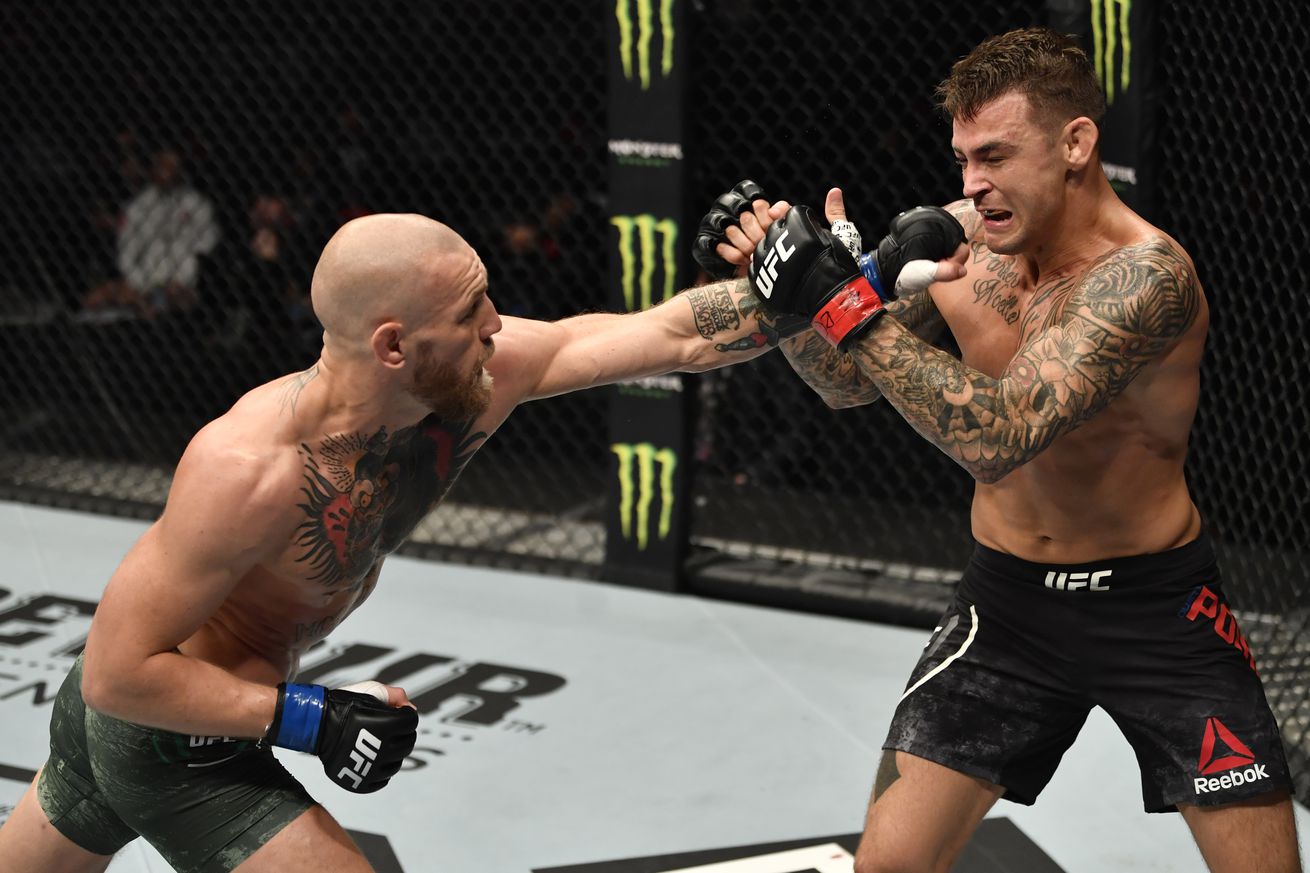 Dustin Poirier gave the thumbs up to a July 10 date UFC President Dana White likes for his trilogy with Conor McGregor.

White told reporters a pay-per-view fight at T-Mobile Arena in Las Vegas is the plan for UFC 264, and the event ideally will host a rubber match between Poirier and McGregor. The promotion typically holds International Fight Week in early July with a major card capping off a seven-day stretch of events in the UFC’s home city.

“I hope so,” White said when asked about UFC 264’s possible headliner Poirier vs. McGregor 3 at T-Mobile, the promotion’s home arena before the pandemic forced it to relocate to the UFC APEX. “We all hope so.”

Poirier shares the UFC president’s hope. The former interim lightweight champion, who passed on a title shot in favor of a third meeting with McGregor, on Sunday tweeted his approval of the July 10 date.

A person with knowledge of negotiations for the fight told MMA Fighting that while nothing is official, all parties to the rubber match are working toward finalizing the summer date.

Poirer and McGregor most recently met at UFC 257, which took place Jan. 24 on Fight Island. There, Poirier avenged a 2014 knockout loss to the Irish star with a second-round knockout victory.

Many MMA observers felt the Poirier vs. McGregor rematch should have been contested for the title. But White hoped to convince Nurmagomedov to return for one more fight after he retired in the wake of a title defense against Justin Gaethje at UFC 254. Poirier called himself the uncrowned champion after his big win over McGregor, who’d returned from a yearlong layoff after a knockout in a comeback fight against Donald Cerrone at UFC 246.